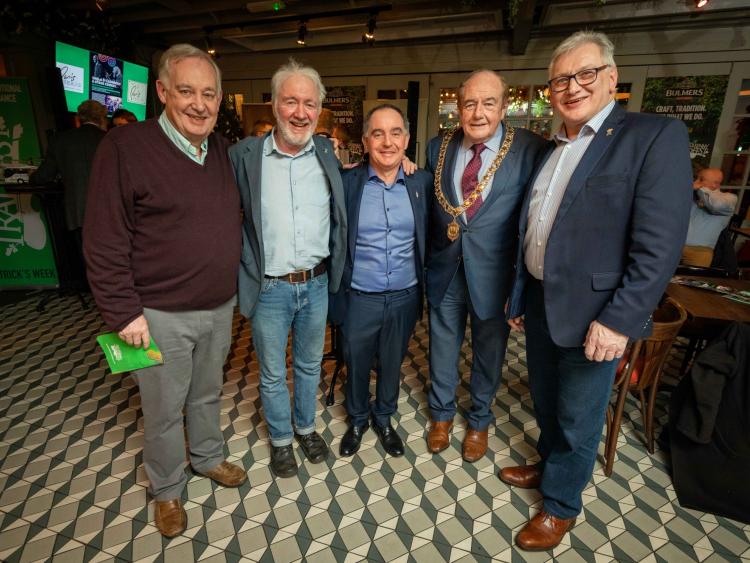 Kilkenny is again due to be hopping and lepping to the sounds of the best traditional music on St. Patrick's weekend as the programme for this year's Tradfest has been launched in the city's Paris Texas Bar and Restaurant last night.

The headline acts for this, the eighth festival, include seventies trad rock ground-breakers Horslips, the anniversary tour of Andy Irvine and Paul Brady's seminal album from the same era, the almost annual return of Donal Lunny as part of 'ZoDoMo' and the wrap-up gig in The Set Theatre of multi-award winning singer, Iarla Ó Lionáird and his friend Steve Cooney.

At yesterday's launch, Nigel Leydon of Bulmers said the company were delighted to continue with their sponsorship of the festival.

"We have been with Tradfest Kilkenny from the start and its development into one of Ireland's leading festivals has been a joy to be part of. The commitment to attracting the highest-quality acts to the stages of the city's venues has ensured the crowds keep coming but we are equally delighted to sponsor the Bulmer's MusicTrail which will see top-quality sessions throughout the city in local pubs and venues," he said.

Pat Crotty of Kilkenny City Vintners said the festival has been a huge hit.

"The city's vintners recognised the need for a national standard trad festival in the city and we have been playing our part by ensuring musicians have the space and opportunity to perform in the type of informal sessions that are at the heart of Irish traditional music. We hope to see lots of locals and visitors coming out to support the true spirit of St Patrick's weekend in some of Ireland's finest pubs," he said.

Festival Cathaoirleach, Malcolm Noonan TD said this year's line-up was a source of pride to the voluntary committee.

"Our manager, Marian Flannery and her festival assistant Céline Reilly have done a fantastic job once again," he said.

"We are delighted to welcome so many major performers and so many of our local musicians who do so much to keep music alive in our city to Kilkenny for what promises to be a magical weekend once again."