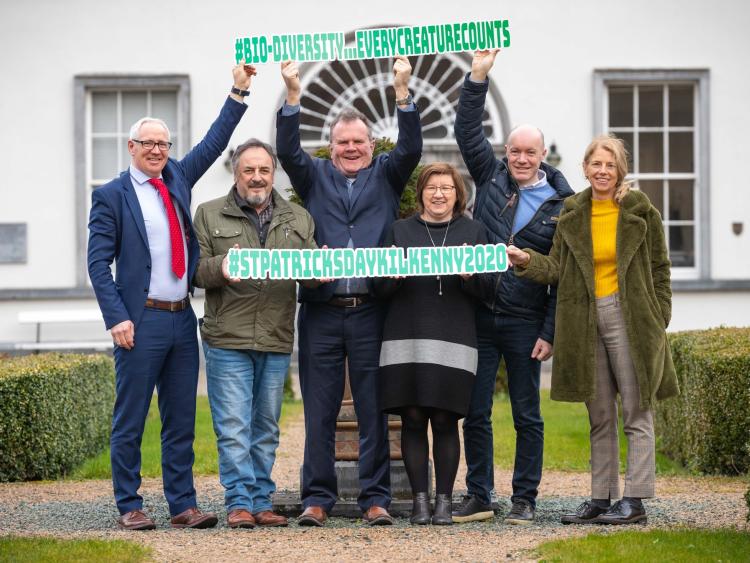 Kilkenny's 2020 St Patrick's Day Parade takes place in the city on Tuesday, March 17 at 1.30pm and the chosen theme for the parade is a continuation of last year's theme 'Bring the Bees Back', which was an enormous success with lots of black and amber swarming through the streets of Kilkenny.

Committee Chairperson Cllr Joe Malone is encouraging everyone to get involved in this year's parade.

"The Kilkenny City Parade is a community event and a great opportunity for local community groups, clubs and organisations to take to the streets of Kilkenny and promote the great work that they do throughout the year," said Cllr Malone.

The 2020 parade theme is 'Biodiversity ... every creature counts'. Biodiversity means the whole variety of life on earth - from you to your back garden, from the rain forest to the desert, from the birds to the bees. It is the variety of life on Earth, in all its forms,  starting with genes, then individual species, then communities of creatures and finally entire ecosystems, such as forests or coral reefs, where life interplays with the physical environment.

Let your imagination go wild, and add something special to the 2020 Parade by taking part!

As many groups and individuals as possible can enter the parade and inject as much colour, animation and fun to your Parade entry as you can.

"While we welcome and encourage participants to incorporate this theme into their float, it is optional," says the committee.

"However, all floats that incorporate the theme 'Biodiversity.....every creature counts'  will be given native apple trees to plant in their community green space.

There are also prizes for the best floats in following categories (1) Most Creative & Entertaining. (2) Best Young People (3) Best Rural (4) Best School and (5) Best Interpretation of the Theme.

Following the St.Patrick's day parade this year, there will be a Post-Parade Party on John Street from 3pm to 5.30pm. We plan to have a stage with music acts like 'Kíla' at the top of John Street and will have other activities along the street such as the Fuinneamh community drum, Déise Medieval Viking Village, Street performers, music workshops and lots more.