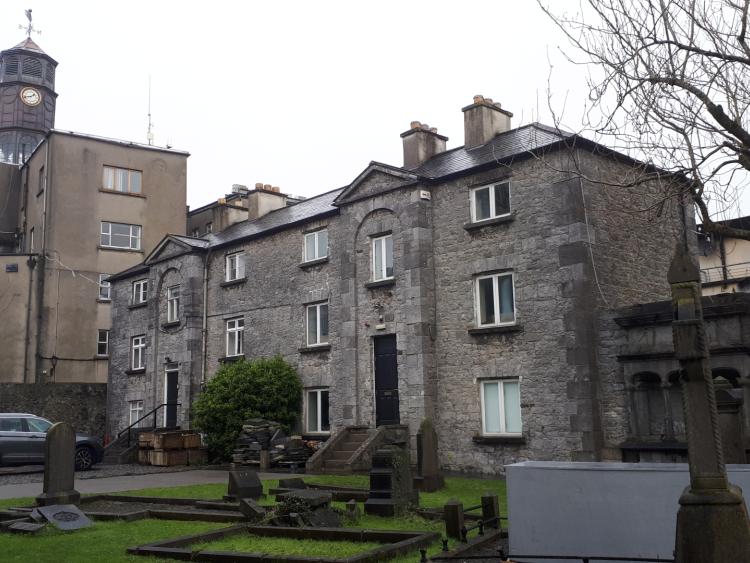 Local councillors have given the green light to refurbish and redevelop an alms house in the grounds of St Mary’s Church for use as offices.

The building, at No 2 St Mary’s Lane, is located within the churchyard and was originally constructed as an alms house, pre-1841, as part of a pair. A protected structure which is listed on the National Inventory of Architectural Heritage, the house was abandoned for a number of years, before being converted into two apartments in 2005.

The plan now is to change the building’s use to office use. It will also involve some internal modifications, including addition of new toilets and a kitchen on the ground floor, the removal of a partition wall in the existing stairwell, and decorative works including painting and carpeting.

The building is described by the NIAH as a “semi-detached, three-bay, three-storey pre-1841 alms house”. The appraisal notes that “the original composition qualities survive substantially intact, thereby maintaining the integrity of the group while contributing positively to the historic appeal of the site”.

The project was subject to public consultation, with plans and particulars on display from December 13 to January 23. No third party submissions were received during the consultation period, which closed on February 6. There were no objections from An Taisce, the conservation officer, or from the Department of Arts, Heritage and the Gaeltacht.

There were no contributions or questions from the elected members when the item came up at the February meeting of Kilkenny County Council, and the Part VIII report for the project was proposed, seconded, and agreed by all.