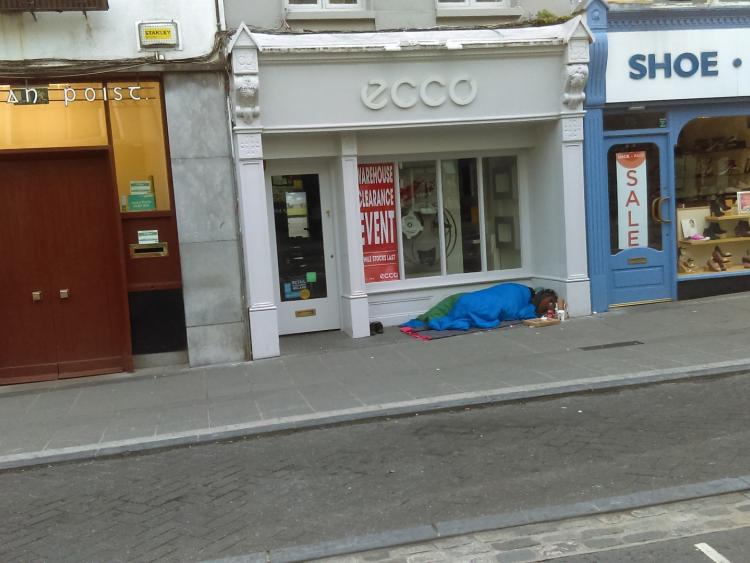 File picture: A homeless man who slept on High Street, Kilkenny at the peak of the crisis

The number of homeless presentations to the local authority housing section declined last year, according to figures from Kilkenny County Council.

At a recent meeting of Kilkenny’s housing SPC, senior executive officer Martin Mullally said this has also translated into a reduction in the numbers in B&B and hotels of 22%. At the end of February, one person was in a B&B and five were in hotel accommodation, including a family. The longest stay dated back to December 5, 2019.

“So, two months — and some have only gone in in the last week or two,” said Mr Mullally, adding that the council is working to address cases before they become a homeless presentation. A social care worker has also been recruited to work with families in this situation.

“Obviously we don’t want anyone in emergency accommodation,” he said.

Cllr Eugene McGuinness (left) said the regulations in hotels, where residents have to be out early, were causing issues for people: “I think that there’s a rule of ‘out early in the morning and you’re out for most of the day’,” he said.

“It does cause a lot of stress in situations where there is already stress.”