Watch: Supertalented Starnes sisters sing a song a day to keep spirits up during lockdown 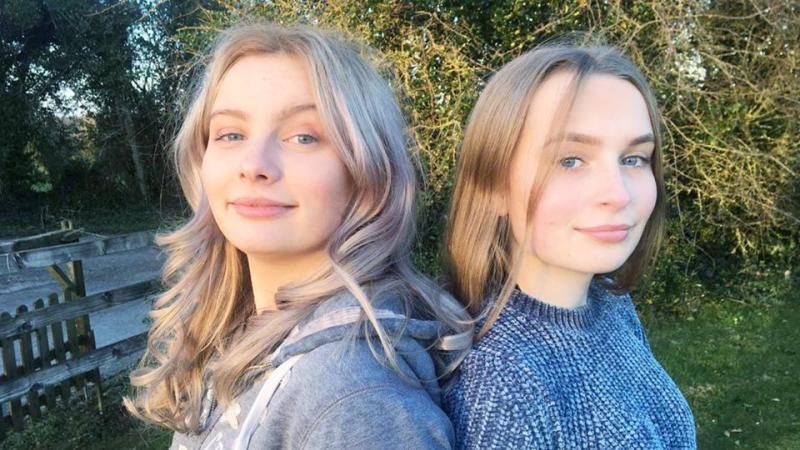 Singing sisters Alanna and Abbey Starnes, from Durrow. Abbey is a student at Kilkenny College, while Alanna graduated from the Kilkenny school last year

Two talented sisters are keeping people cheered up and entertained during the coronavirus restrictions, posting a new video of them performing a song each day until the lockdown ends.

Abbey and Alanna Starnes initially started off the song videos to entertain and keep in touch with their grandparents. They've haven't been able to see them due to the ongoing social distancing restrictions and cocooning advice.

"They are only leaving about a kilometre away, and we would see them a lot. Now we haven't seen them in weeks!" says Alanna.

Abbey, who celebrated her 16th birthday last week, is currently studying for her Junior Cert at Kilkenny College. Alanna graduated last year and is in first year of Hotel Management in GMIT. They're living in Durrow with their parents and younger sister.

Here are the girls singing 'Can't Help Falling in Love'

The videos have proven a hit outside the family circle, with plenty of comments and good wishes on Facebook and Instagram.  Paul Cuddihy of Kilkenny College is among those lauding the girls for their talents.

The duo are also getting requests to cover other songs. To date, they have performed 18 songs, from classics to newer hits like All I Want by Kodaline and Someone You Loved by Lewis Capaldi.

The girls and their mother, Laura, say they've received messages of support and good wishes from as far away as the US and Dubai. It's also cheered up plenty of friends and relatives closer to home.

"Everything on social media is so depressing at the moment, and it just brightens things up! People have been lovely," says Laura, who is so far resisting her daugthers' attempts to get her to join in a song or two.

The pair initially pledged to perform and record every day until everyone can leave the house again. Although, the lockdown is lasting longer than anticipated...

"That's what it was supposed to be but that was when we were thinking it was the 19th we'll all be back," says Alanna.

"We are on video eighteen now, so we'll just have to see."