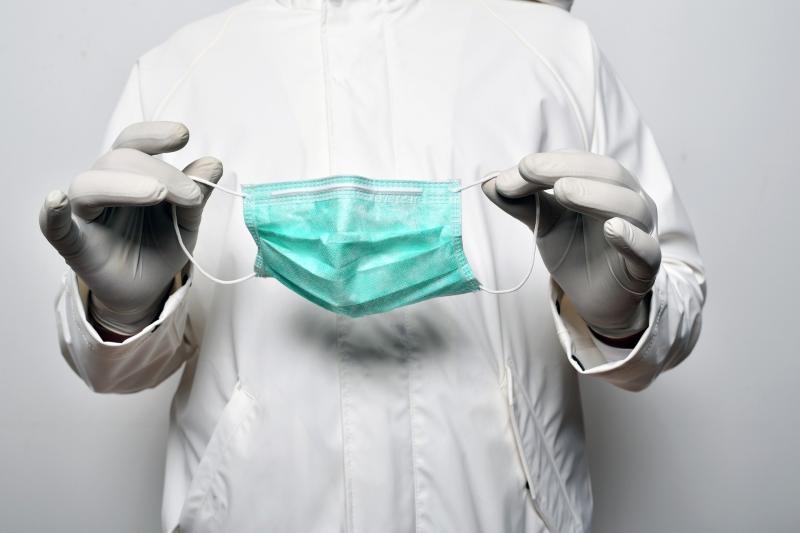 Following a joint investigation by Irish, German and Dutch Financial Intelligence Units (FIUs) - supported by Interpol, Europol, Eurojust and the relevant National investigative authorities - into an international COVID-19 fraud investigation, detectives from the Garda National Economic Crime Bureau (GNECB) with assistance from Gardaí in Co Roscommon, interviewed an Irish citizen on Friday 10th April 2020, in Co Roscommon relating to the suspected laundering of €1.5 million in this jurisdiction, contrary to section 7 of the Criminal Justice (Money Laundering and Terrorist Financing) Acts 2010 to 2018.

This is a serious offence carrying a maximum term of imprisonment of 14 years after conviction on indictment. Documents and electronic devices were obtained and are currently being forensically examined.

A German company with offices in Hamburg and Zurich were contracted by German State Officials to purchase 10 million masks with an approximate value of €15,000,000. The masks were required to assist in dealing with the Covid-19 pandemic in Germany. The German District Service forwarded under €15,000,000 to the German Company.

The German company made contact with a client company in Spain with whom they had a well-established professional relationship. Unfortunately, the Spanish company was unable to fulfil the order given the current demand due to the Covid-19 pandemic.

The German company was next put in contact with a Dutch supplier through an Irish intermediary and placed an order for 11 million masks. Unknown to the German company, the order was made with a fraudulent entity who had cloned the website and email address of the legitimate Dutch company.

The fraudulent Dutch company setup supply channels through the Irish intermediary to provide the 11 million masks worth up €7,700,000 to the German Government to combat the spread of Covid-19 in Germany.

Following contractual agreements a down payment was made by the German company of €1.5 million to the Irish company’s bank account based in Roscommon for the delivery of the first 7.7m masks. The German company also made a further payment of €880,000 to the (fraudulent) Dutch Company’s Bank account.

On the 27th of March 2020 representatives from the German and Irish companies met in Amsterdam to inspect and oversee the handover of the shipment. The shipment never materialised. The representatives attended the company office of the Dutch company where they were told that no shipment was ever ordered or assigned.

After the initial Police report in Germany. Financial Intelligent Units (FIUs) from Germany, Holland and Ireland with the support of FIU.net, Interpol, Europol and Eurojust analysed the information at hand and went about trying to recover some of the compromised funds.

• Prompt intervention by the Dutch FIU have tracked down the €880,000 which had been transferred from the legitimate German company.

• On the 6th April 2020 the Dutch FIOD Police arrested 2 males for alleged fraud, falsification and money laundering in connection with above €880,000 proceeds of Crime. These two males were in court on Thursday 9th April 2020.

• Prompt intervention by FIU in Ireland in collaboration with the banking sector managed to freeze the 1.5 million in the Irish Bank account.

• Detectives from the Garda National Economic Crime Bureau (GNECB) interviewed an Irish citizen on Friday 10th April 2020, in Co. Roscommon relating to the suspected laundering of €1.5 million in this jurisdiction, contrary to section 7 of the Criminal Justice (Money Laundering and Terrorist Financing) Acts 2010 to 2018. Documents and electronic devices were obtained and are currently being forensically examined.

• Cyber enquires under covered that Fraudsters had captured the address of a real existing Dutch Company whom operate in this business and opened a bank account at the same Dutch bank as the real company in a compromised similar name.

This case initially came to the attention of the Financial Sector who alerted the relevant authorities in each jurisdiction including INTERPOL and Europol. INTERPOL are now coordinating the case which allows for a cohesive investigative approach. The investigation is ongoing and INTERPOL continue to support its member countries in their common goal to combat Covid-19 related financial crime.