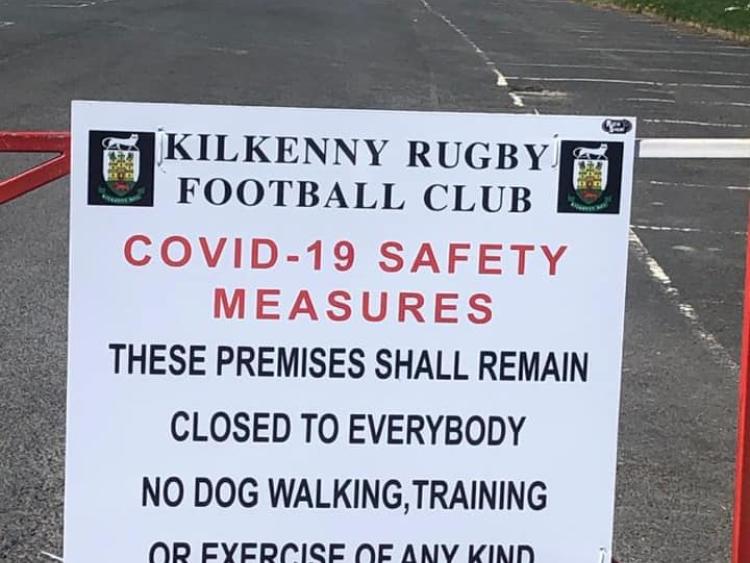 Kilkenny RFC has taken the decision to close its gates to the public after repeated breaches of the restrictions by members of the public.

The club is also now closed to members for the time being. In a post on social media, the club said the regrettable decision after people continued to use the grounds despite well-publicised advice.

"The KRFC is closed to the general public and unfortunately to our members. Our members and committee have authorisation to ask people to leave the grounds, we ask that these requests are respected."