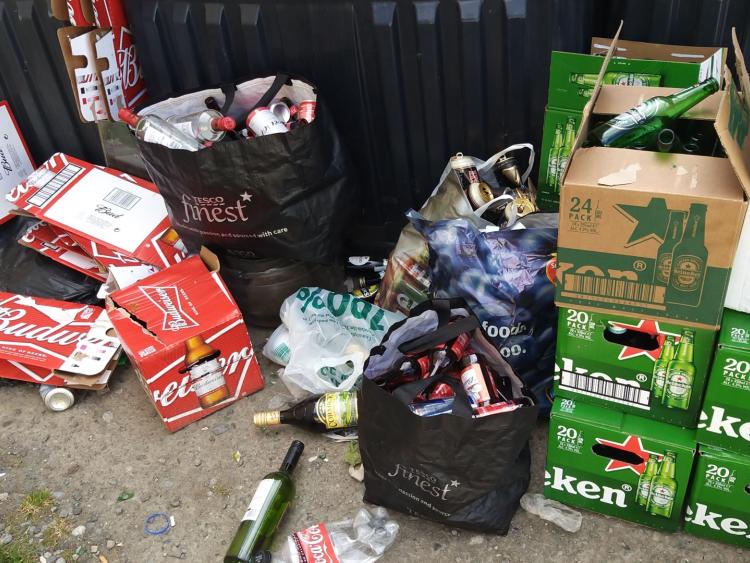 Ballyragget bring banks were left in a state again

A huge increase in items being brought to bring banks has also seen bags and bottles strewn around the areas.

According to the council’s environment section, between March 15 and May 4 this year, there was 380 tonnes of material collected from Kilkenny’s bring banks. This represents a 35% increase on the tonnage for the same period last year.

There are 45 bring centre sites in Kilkenny, and the council has 10 CCTV cameras which it is rotating between the sites which have the highest rate of littering. It’s hoped many offenders will be caught by the cameras.

“I have asked for the frequency of these being emptied to be increased, but I’d also ask people not to leave their waste beside bottle banks that are full,” he said.

The council has submitted an application for 10 additional CCTV cameras, and some of the bring sites will soon have permanent cameras.