Gardaí at scene of incident in village of Kells, diversions in place 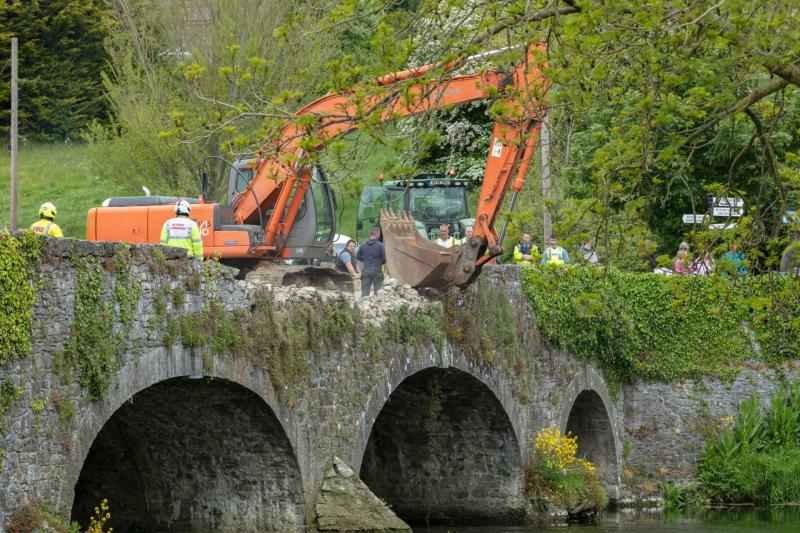 The scene on the bridge in Kells today. All Pictures: Conor Palin-Stewart

A section of the iconic 18th Century bridge in the South Kilkenny village of Kells has been heavily damaged in a road traffic collision involving a tractor and trailer.

The bridge wall has been partially demolished on its five-arched side, which was originally constructed in 1775. The trailer,  transporting silage, overturned, taking out part of the wall and shedding some of its load into the Kings River. 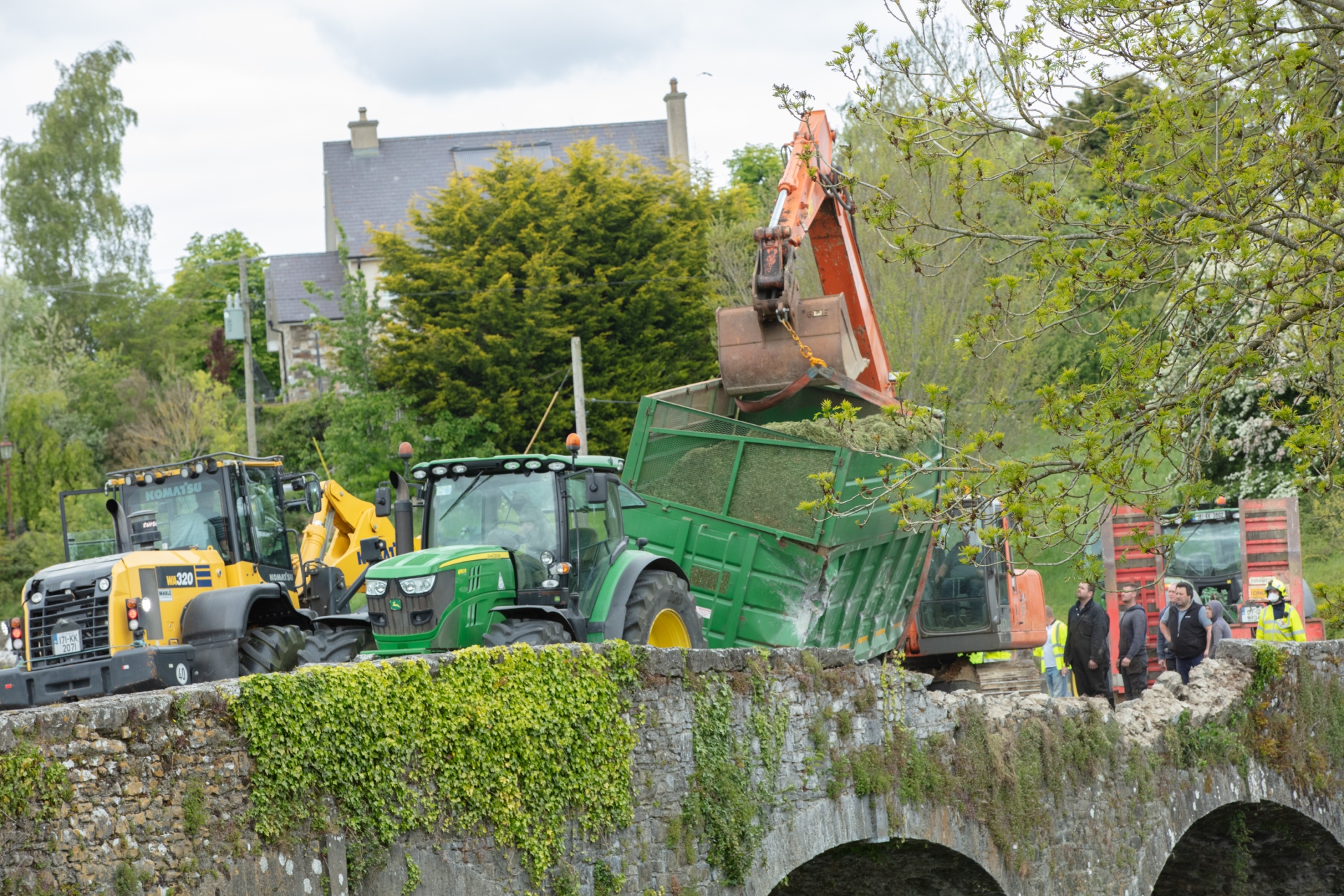 An excavator digger has been used to turn the trailer back onto its wheels and pull it away from the bridge wall.

Gardaí and Fire and Rescue services are at the scene, and local traffic diversions are in place. It is not known if anyone has been injured in the incident.

The picturesque bridge is almost as famous a feature of Kells as the nearby priory, and is listed on the National Inventory of Architectural Heritage.

More as we get it. 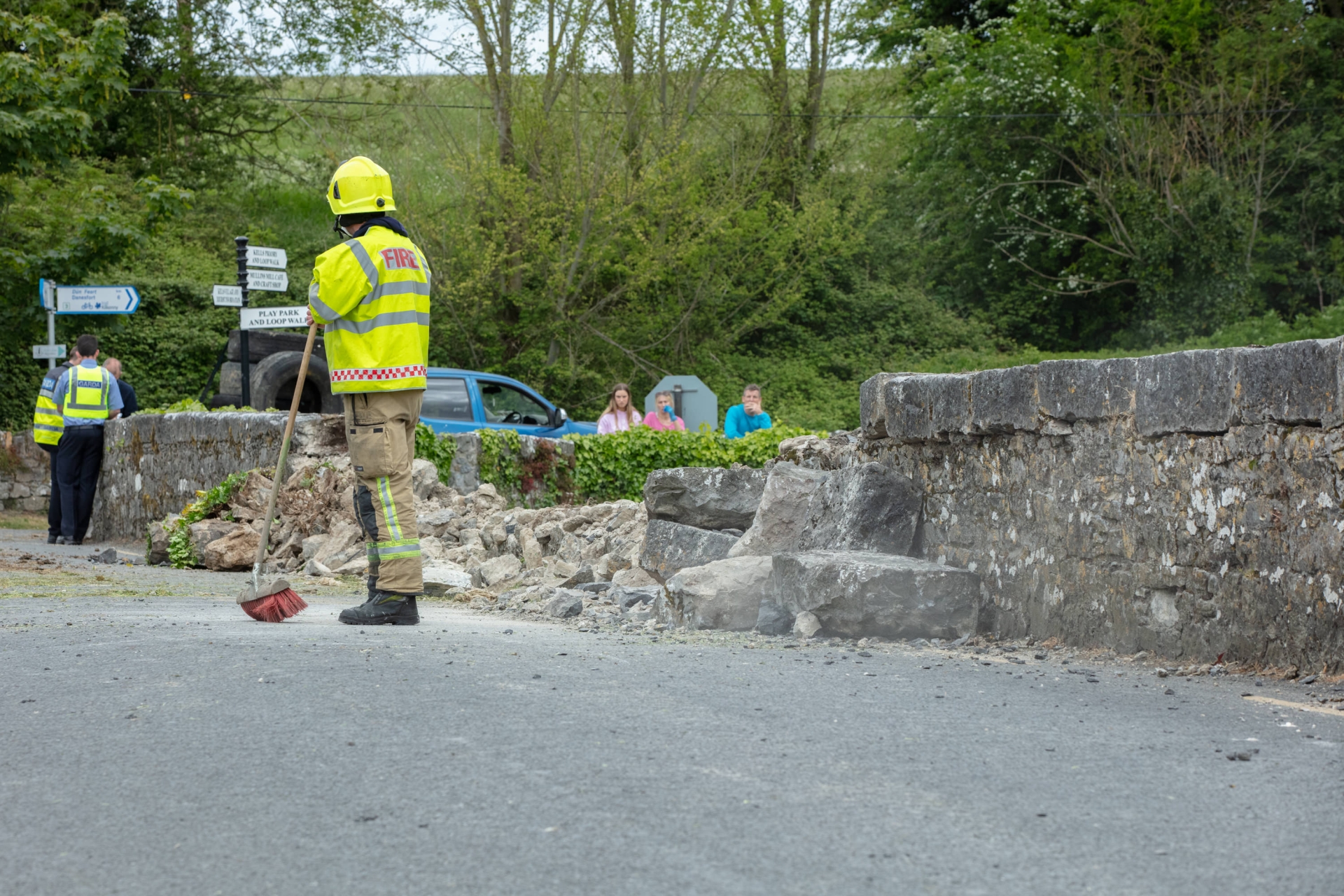