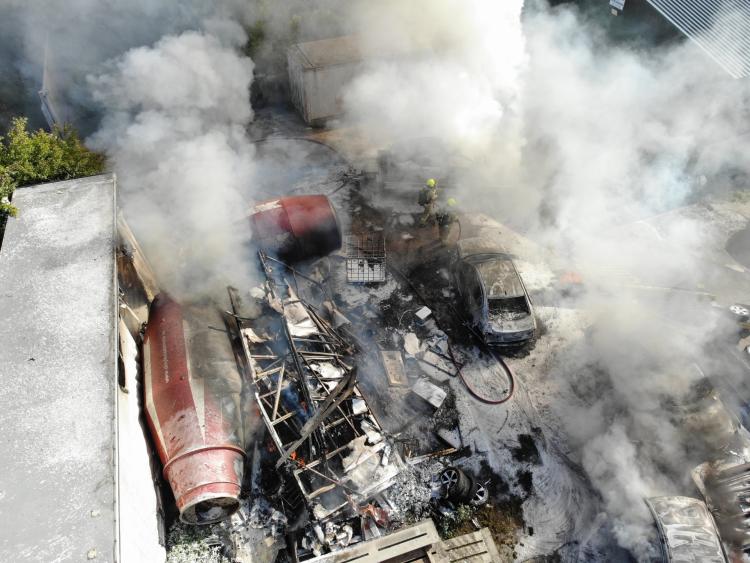 This dramatic picture was snapped by a fire service drone at the scene of a blaze in Hugginstown last week.

The fire broke out in a yard around 5pm on Thursday evening.

Fire and rescue units from Thomastown attended the scene where they found a car on fire, with several other vehicles catching ablaze. Several more units from Callan were also called in to assist, with three fire engines, a water tanker and two jeeps involved.

Chief fire officer John Collins told the Kilkenny People that the fire was brought under control with the aid of compressed air foam before it spread to the rest of the premises. No one was injured.

The fire service drone provides a birdseye view to the crew on the ground in order to pinpoint hotspots in fires.