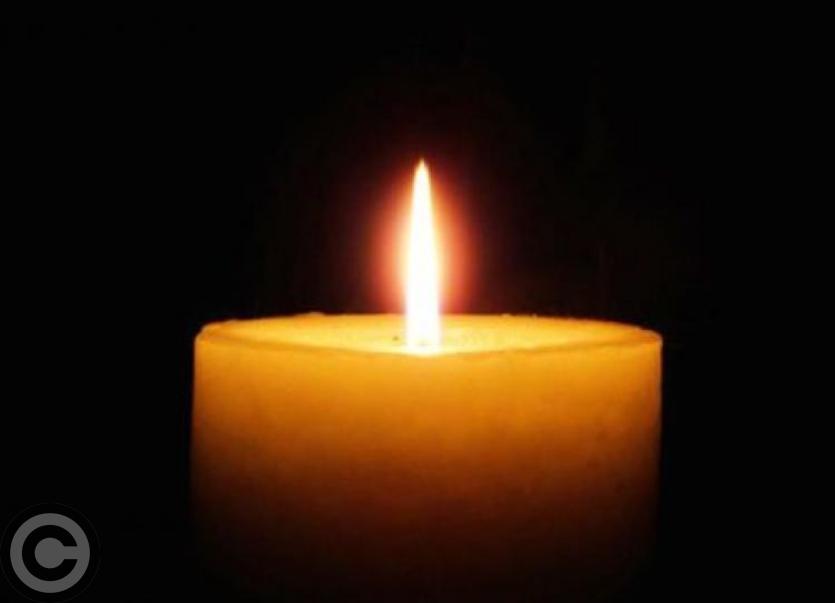 The death has occurred of Loretta Kennedy (née Fitzsimons), Park Terrace, Gowran, Kilkenny and formerly of Derrinturn, Carbury, Kildare) May 27, peacefully, at home in the loving care of her family and her sister Carol who has been by her side to the end, Loretta, beloved wife of Bernard (Barney) and much loved mother of Victoria, sadly missed by her husband and daughter, mother Nancy, sisters Carol, Janet and Mary, brothers Jim and Paddy, Victoria's partner Alan, brothers-in-law, sisters-in-law, nephews, nieces, extended family, neighbours and friends. Loretta's family would like to thank in a special way Elaine (Public Health Nurse), Catriona and Imelda (Home Care Team) and Rosie (Occupational Therapist) for the care shown to Loretta and to them.

Family flowers only. Donations, in lieu, to the Carlow Kilkenny Home Care Team. In keeping with current government guidelines regarding public gatherings, a private family Funeral will take place in the coming days. Those wishing to leave a message of condolence to Loretta's family can do so on RIP.ie. The family would also like to take this opportunity to thank everyone for their understanding and support at this difficult time.