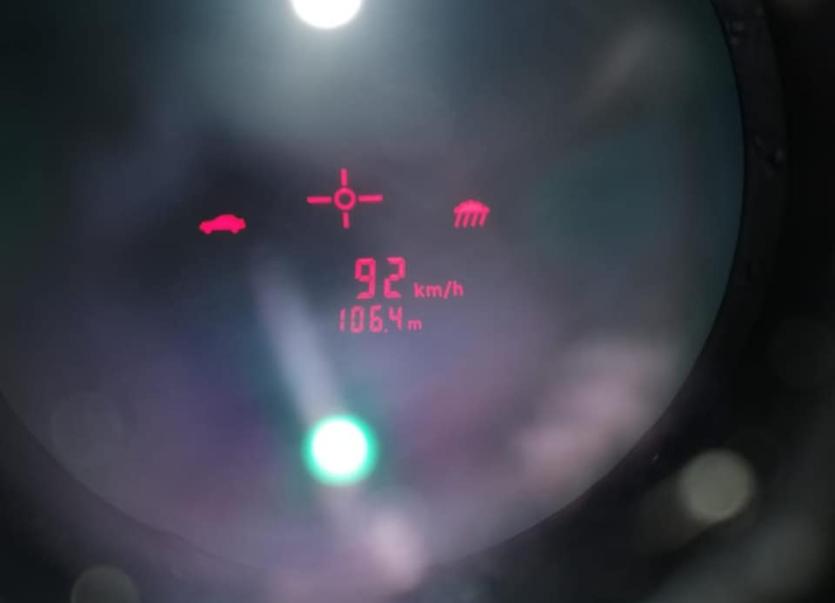 Numerous drivers were stopped in Kilkenny over the bank holiday weekend for a variety of offences, including speeding, lack of tax and insurance, and suspicion of drink driving.

Over a 24-hour period on Sunday into Monday, Carlow-Kilkenny Gardaí seized five vehicles for no tax and insurance while conducting Covid-19 checkpoints. A further two drivers were arrested on suspicion of drink driving.

In one incident on Saturday night, a driver was stopped  and arrested on suspicion of drink driving, pending a blood analysis. Their vehicle had no evidence of tax, insurance or an NCT. Also on Saturday, a motorcyclist was detected travelling at 195km on the M9 motorway near Carlow.

On Friday, Kilkenny Roads Policing Unit were on duty in Johnstown after residents raised concerns about motorists speeding through the village. A number of motorists were detected speeding, including a vehicle which passed through Johnstown at a speed of 92kmh. One disqualified driver was also detected and now faces a court appearance.

An Garda Siochána and the Road Safety Authority (RSA) have urged road users to take extra care when using the roads.