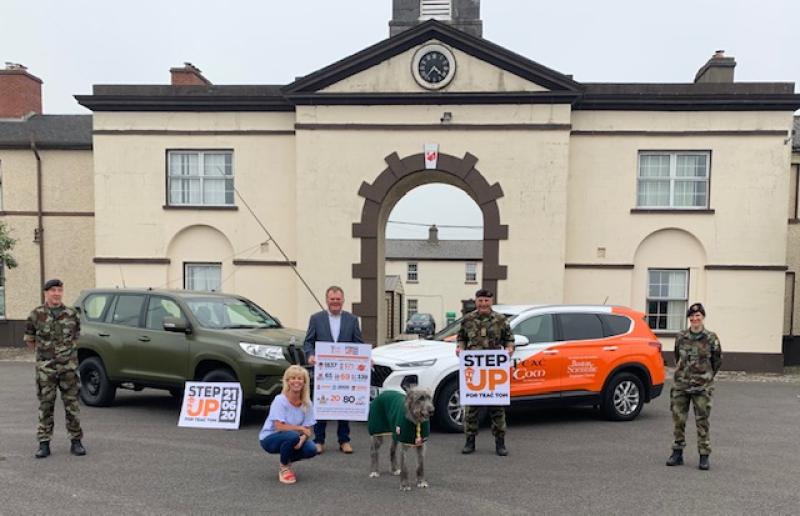 JOINING FORCES: The Defence Forces have lent their support to the Teac Tom fundraiser

Local mental health and suicide prevention charity Teac Tom is gearing up for a brilliant fundraising initiative from dawn ‘til dusk on the Summer Solstice this Sunday.

Organisers are encouraging people to take part and walk or run 10,000 steps within the times from 5.05am until 9.57pm (dawn until dusk). There will be global participation this Sunday for the event.

The Defence Forces - namely James Stephens Barracks - will lead the way, with Comdt Larry Scallan taking on a challenge to walk 50,000 steps on the morning. He will be joined by Cllr Joe Malone, a great supporter of Teac Tom.

“We are so grateful that the army based here in Kilkenny continue to show their support and involvement in anyway possible for Teac Tom, as they believe in supporting local charities,” says Teac Tom founder Angela Hayes.

Local soldiers who are overseas will be taking part in this event, including Kilkenny hurlers Paul Murphy and Richie Reid, and others based in Lebanon.

People are being asked to take part in ‘Step up for Teac Tom’ and share their steps while making a donation at www.idonate.ie/
StepupforTeacTom.

There are no costs involved for running the event, so every penny that is raised will go directly to providing free counselling and support to those who need it in the community.