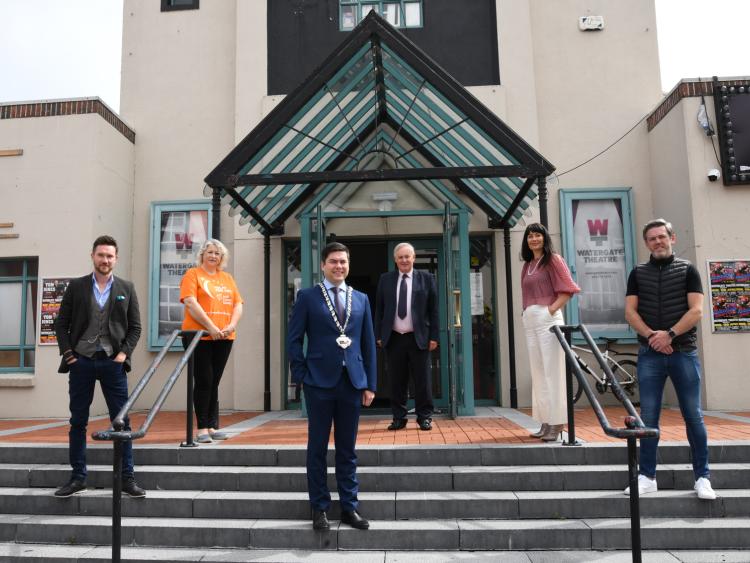 Top local band The Kilkennys are set to perform in a special live concert at the Watergate Theatre this Sunday at 8pm, with the event being streamed live — all to help raise funds for a very worth cause.

The ever-popular Relay For Life in Kilkenny could not go ahead this year, and Relay have been unable to fundraise as normal due to the pandemic. But the need and demand for the Irish Cancer Society services, especially the night nursing service, has increased by 20% since March.

All money raised from this Sunday’s special event will go directly to the Relay For Life fundraising initiative in a year when the neeed supports for people affected by cancer have not diminished, but the usual fundraising avenues are not possible.

The live streamed concert was announced by Cathaoirleach of Kilkenny County Council Andrew McGuinness, who has been spearheading the plans.

“I’m delighted to be part of such a positive project that will see a great facility such as the Watergate not only providing a platform for local musicians during the pandemic but also a mechanism for a very worthy charity to fundraise at a time when fundraising options are so limited,” he said.

“I want to commend Joanna Cunningham and her team at The Watergate, The Kilkennys, Eddie Hughes who is streaming the event and Relay For Life for the fantastic work that they do.”

Each year, Relay for Life sees local communities come together to celebrate and support people who have had a cancer diagnosis, to remember those we have lost, and to raise awareness .

“Relay for Life Kilkenny are delighted to be nominated as the chosen charity for this virtual event at the Watergate,” said Josephine Kelly of Relay For Life Kilkenny.

“We would like to acknowledge the effort, work and generosity of everyone involved. The Watergate Theatre Director Joanna Cunningham, technical and support staff, their board of directors, The Kilkennys, Cllr Andrew McGuiness, Kilkenny County Council, KCLR and Eddie Hughes.”