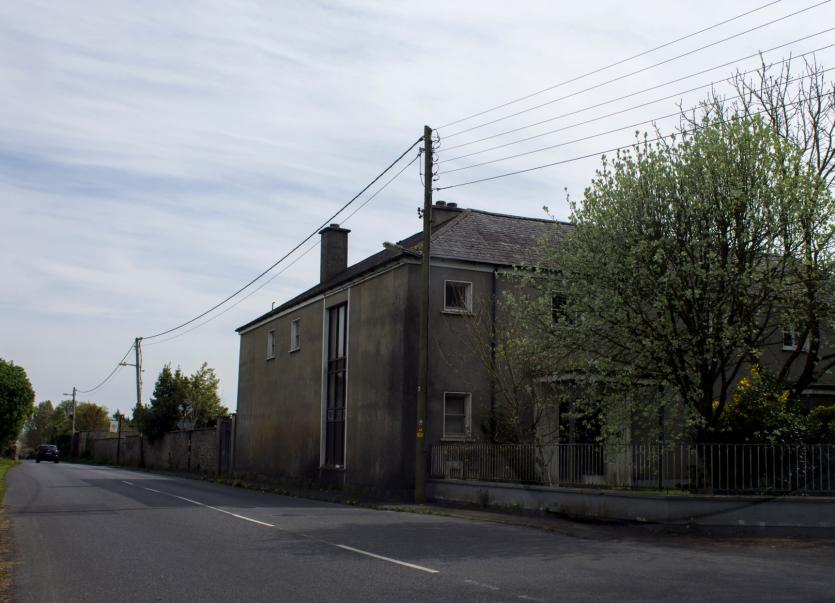 There is strong opposition to a proposal to develop a new seven-block, 120-unit housing project in the Sion Road area of Kilkenny City.

The site is close to a special conservation area by the River Nore in lands currently zoned as ‘low-density residential’ and ‘amenity/ green links/biodiversity’. Under Strategic Housing Development legislation, developer Torca Developments Ltd does not have to seek planning permission from Kilkenny County Council, applying to An Bord Pleanala instead.

However, the council CEO must file a report on the plan to the Bord later this month. While residents have been making their opposition known, all seven city councillors also voiced strong objections at their June meeting. They say the development is unsuitable for the area, and flies in the face of the council’s own Development Plan.

Torca is seeking to build on a 5.8 hectare site in the Sion Road area of Kilkenny, around 2km from the city centre.
The site extends to the River Nore valley trail at its rear. Permission was recently granted by the local authority for a 19-unit development nearby.

OUT OF CHARACTER
However, residents maintain that the proposal is completely out of character with the area, and at Friday’s meeting, a number of councillors suggested it contradicts Kilkenny’s own City Development Plan.

Cathaoirleach of Kilkenny County Council Andrew McGuinness (FF), said he has a number of concerns regarding the project’s scale, density and height, and these were shared by all councillors.

“It is simply unsuitable for the area and should not happen,” he said.

“I understand we don't have a vote, but our view will form part of the chief executive’s report. I think we should unanimously object to this, and put that view forward.”

Elected members have also pointed to a lack of schools and amenities in the vicinity, as well as a road network already experiencing heavy traffic at times.

“The area just does not have the infrastructure for this,” said Cllr Martin Brett.

“There aren’t the schools, the shops, the roads.”

Cllr Joe Malone said traffic was already a nightmare around the Dublin Road, and two other developments were due to commence in the area. He said none of the councillors present lived on the Sion Road but it was their duty to represent the residents who do.

“‘Low density’ is what was put there and that is what it should stay,” he said.

REPORT
The chief executive of Kilkenny County Council, Colette Byrne, is due to submit a report to An Bord Pleanala on behalf of the planning authority outlining its recommendations and reflecting the views of any submissions received by the council. That report must be submitted by July 16.

Cllr Eugene McGuinness said the report should make the members’ sentiments clear: “It should reflect the views of the members here. It should be a very strongly worded report,” he said.

Green Party councillor Maria Dollard suggested the project goes against the ‘spirit’ of the SHD legislation. She also said there was a safety issue with people trying to cross the Ring Road.

“It is an atrociously dangerous crossing, and there is more and more traffic on the Ring Road the whole time,” she said.

“Putting 120 homes up there, with all the dangers of people trying to walk or cycle into town – it is an accident waiting to happen.”

Western Environs
Councillors have also highlighted the significant investment in an another area of Kilkenny specifically designated for development, namely ‘Breagagh Valley’ in the western environs.

A new road network is currently under construction there, with €6.5 million in funding from the Local Infrastructure and Housing Activation Fund. Up to 3,000 houses and two secondary schools are expected to be built there in the coming years.

“We have a clear strategy where in the western environs of the city we are developing significant housing and have invested in infrastructure for it in the area, including the LIHAF recently,” he said.

“It is not a random thing where we decide if we have low density or high density. If An Bord Pleanala overturn that strategy, they are effectively saying ‘we have no regard for Local Government’. That is a very serious thing. I take issue with it.”

Cllr Fitzgerald also said that the chief executive’s report should be presented to the elected members in draft form before it is submitted.

Director of services Sean McKeown said there was no provision for the report to be circulated to members before submission.
“I suggest the members stick to the statute provisions,” he said.