Legaltech firm set up by Kilkenny native receives £70,000 in funding from UK government 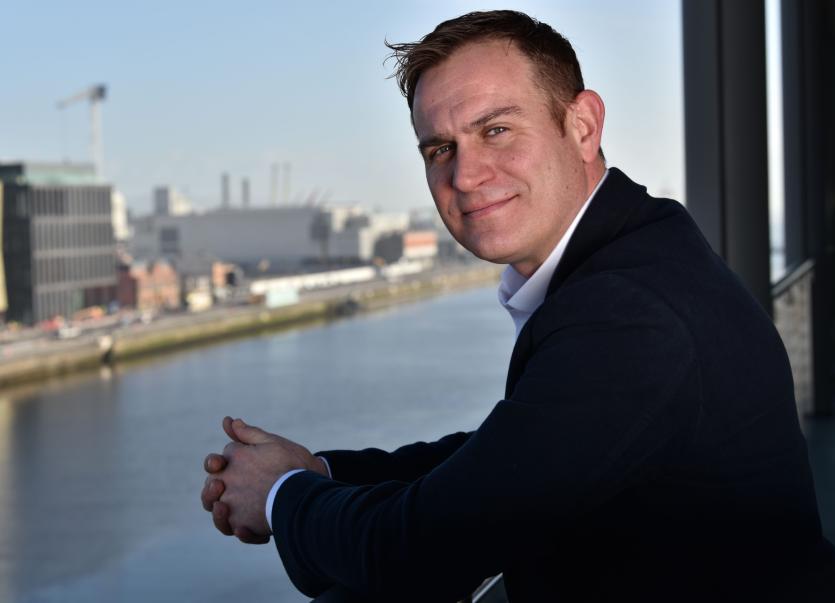 Enda Leahy, who is from Kilkenny is the CEO of the legaltech firm Courtsdesk whose project, is to build a national data feed of information from across the criminal courts of England and Wales for news outlets, was selected and grant funded by the ‘Future of News Pilot Fund’ (FNF) and was showcased recently in London.

Following its selection by the fund, the company has reached a data-sharing agreement with HM Courts and Tribunals Service (HMCTS) to facilitate a pilot of the service.

Courtsdesk’s work on creating a digital news feed of legal data was one of 20 projects selected out of almost 200 applicants for funding by the FNF Fund, a £2m innovation grant fund set up in response to the Cairncross Review, which examined the crisis in the financial sustainability of high-quality journalism in the UK.

In the UK there are now some 6,000 fewer journalists than a decade ago, and print circulation of national and local newspapers has halved. The review, by Dame Frances Cairncross reviewed threats to the media sector, and made recommendations about ways to improve the operation of the news market or support the production of ‘public interest’ news.

Arising from the review, the UK department of Digital Media Culture and Sport allocated £2m to be administered by NESTA, the National Endowment for Science, Technology and the Arts, which created the Future of News Fund to find innovation projects to support.

Courtsdesk was one of the grant-funded projects picked by the fund and  was one of just four which were picked for the highest grant funding available of £70,000.

The funding was awarded to validate Courtsdesk’s proposal to build a service which would supply listings and outcomes of all criminal court cases in the Magistrates’ Court of England and Wales to news outlets - some 1.5m prosecutions per year.

Following its selection, the company went on to agree a data sharing licence with HM Courts and Tribunals Service granting digital access to every criminal case to facilitate the build of the platform in the interests of open justice and improving media coverage.

The project has also garnered the support of the two largest news industry representative bodies, the Society of Editors and the News Media Association, who work with the courts service to ensure media access to the courts,

In recent weeks the two largest regional newspaper groups in the UK, Newsquest and Reach PLC, which between them publish over 400 newspapers and websites, and employ over 3,000 journalists, have signed up to trial the platform when it goes live later this year, while talks on collaboration with other media outlets including the BBC and UK national newspapers are also underway.

"This is a really exciting project, and is really the first of its kind for the media and the courts, and it’s worth noting the really broad support it has received from all representatives of the news industry, HM Courts and Tribunals Service, and from Nesta on behalf of the government.

“Our platform will help news organisations radically improve the amount and the usefulness of information available to them from the courts."

In Ireland Courtsdesk’s clients include most national newspapers, almost every one of the top 10 law firms, and a range of corporate clients such as An Post, Deloitte, Grant Thornton, and others.

A number of UK regional news organisations and the Society of Editors and the News Media Association, have been involved in the early product development research for the Courtsdesk News Wire.

The Future of News Fund was created as a response to the Cairncross Review, a state inquiry into the threats facing the financial sustainability of high quality journalism, which recommended investing grant finance into innovative news solutions.

The fund is administered by NESTA, the National Endowment for Science, Technology and the Arts, which manages the £2m allocated,  on behalf of the UK department of Digital Media Culture and Sport.

Courtsdesk is run by former Sunday Times and Mail on Sunday journalist and editor Enda Leahy and his co-founder and CTO, Alan Larkin.

Formerly a foreign affairs writer and legal affairs correspondent at the Sunday Times, Leahy went on to be Deputy Editor of the Mail on Sunday in Ireland. He left that role to set up Courtsdesk to solve the problem of poor access to court case information.