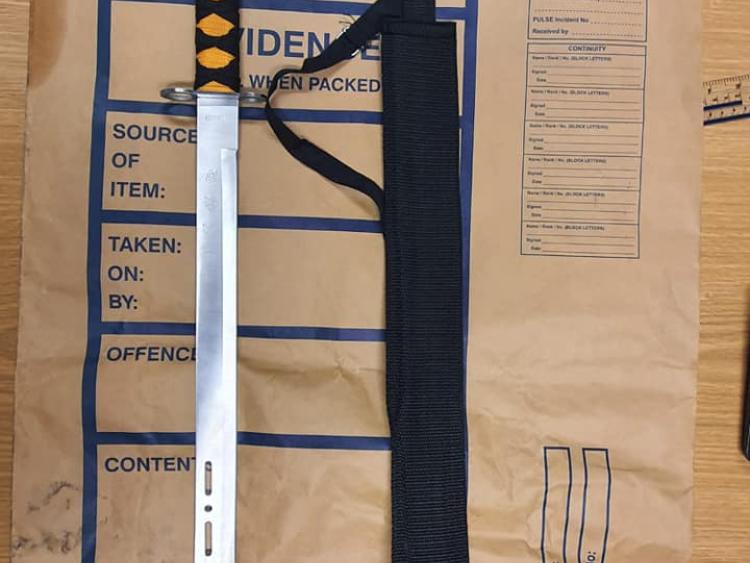 Gardai arrested a man in the Newpark Fen area of Kilkenny yesterday, and seized a samurai-type sword.

The man was seen acting suspiciously in the area during the afternoon. The blade was discovered concealed under his clothing, and he was arrested and charged.