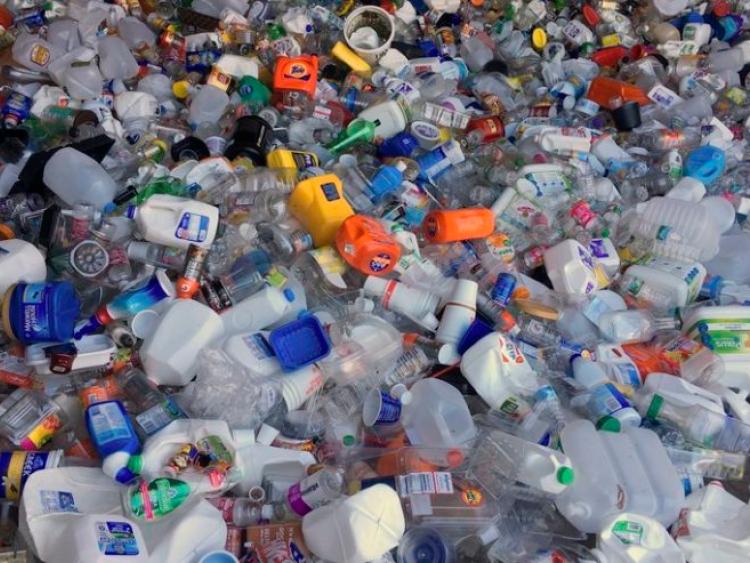 Kilkenny City not surprisingly generates the highest volume of single-use plastic waste at 1,620 tonnes annually, with Callan in Thomastown coming in joint second

Householders in county Kilkenny generate a combined 6,000 tonnes of single-use plastic packaging waste annually. To put this in perspective - if this 6,000 tonnes of plastic waste were in the form of just 500ml empty single-use plastic drinks bottles for example, it would be equivalent to 400 million empty bottles. That’s enough empty plastic bottles to fill 13 Olympic swimming pools.

"Our research identified a degree of ambivalence amongst consumers towards the issue of single-use plastic packaging waste’ according to CUSP founder Simon Ruddy.

"It’s not that people don’t care, but is more down to the way the numbers are reported, which is usually in the ‘millions of tonnes’. This leaves people wondering what’s the point… my small contribution to tackling single-use plastic waste is hardly going to make any real difference."

CUSP takes the big global numbers on single-use plastic waste, the ‘millions of tonnes’ we read about frequently and distils-down these number into bite-sizes reduction targets community groups, individuals and householders can more easily relate to; all delivered via CUSP’s user-friendly, free mobile app.

Kilkenny City not surprisingly generates the highest volume of single-use plastic waste at 1,620 tonnes annually, with Callan in Thomastown coming in joint second at 150 tonnes each. All other towns and villages generate less than 100 tonnes annually.

The table provided lists volumes for nine Kilkenny towns, which cumulatively accounts for 40% of Kilkenny’s 6,000 tonne annual single-use plastic waste pile. Also listed are reduction targets aligned to the key UN sustainability goal for the elimination of all non-essential single-use plastic packaging by 2030, estimated at 70% of current global consumption. 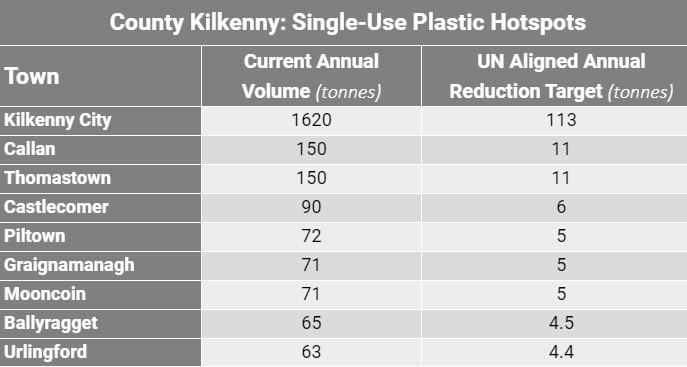 The CUSP app takes care of all calculations and conversion-to-kilograms. Participants simply tap-in their estimated number-of-units day 1, for 22 of the more common items of single-use plastic packaging listed in the app; then, after 30 days and following CUSP ‘hints and tips for reducing’, users tap-in their new reduced volumes to see if they’ve hit their monthly 1kg reduction target.

With growing concerns about the impact of single-use plastic waste on our oceans, marine life and more recently, the potential health effects due to micro plastics entering the human food chain, we can no longer wait for legislators to solve the problem. We each need to take action in our own homes to defeat this environmental scourge.

"Ultimately it is only when we as consumers start leaving products behind us on supermarket shelves when not happy with the amount of plastic used to package those products will true change take effect. Nothing will drive big brand manufacturers to switch to more sustainable forms of packaging faster than falling market share."