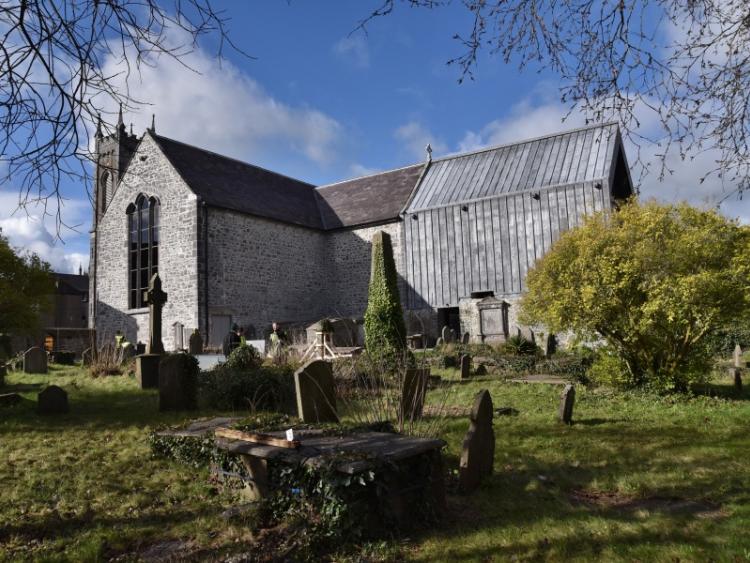 St Mary’s Museum and Graveyard should be trialled as a free entry museum for a limited period with the possibility of reconfiguring the space as a County Museum according to Minister of State for Heritage and Electoral Reform, Malcolm Noonan.
Minister Noonan told the Kilkenny People that the current commercial tourist model for the museum will not achieve it’s capacity due to Covid 19 and is calling for intervention so that the tourist attraction realises its potential.
“St Mary’s is an incredible asset in Kilkenny but it’s true potential is not being realised largely due to the admission price which was based on an outdated model of a commercial tourism product.
“It is prohibitive for local families to visit and for people to make repeated visits to the museum. Also I believe that consideration should be given to reconfiguring the space towards a County Museum where the tens of thousands of Kilkenny-related artefacts could be put on display through themed exhibitions,” said Minister Noonan.
The Minister added that the graveyard was an intrinsic part of the story and connects the merchant families who lived on High Street, John Street and Parliament Street with their dwellings and the places they are now interred.
“We are not telling the full story, or joining the dots, a story that is unique in Ireland. By shifting the focus of the museum towards a Museum Standards accredited County Museum, we could have a much more exciting prospect,” he said.
“St Mary’s has a great team of people led by curator Grace Fegan and could curate local exhibitions of interest or based on various themes; all of which would be fascinating to visitors,” he added.
“The commercial funding model was of it’s time, foreign tourism will not recover anytime soon so it’s important that the museum becomes an asset for the city centre as it struggles to recover. In my view a free but ticketed model which will continue to be subvented by the local authority and civic trust should be considered even for a limited period. It is clear that visitor numbers even pre-covid were a long way off what might have been deemed sustainable and many Kilkenny people have never been in the museum or graveyard”.
The Minister has already contacted the local authority in relation to his proposed vision for the tourist attraction that dates back to the 13th Century.
“I have put this proposal to Kilkenny County Council and I think it’s worth considering. We have so many artefacts under lock and key; so many city archives and documents still requiring conservation.
“A free to enter museum supported by a ‘Friends of St Mary’s’ sub group of the Civic Trust, are in my view worth real consideration. Voluntary donations and an expanded shop might assist in subventing the daily running of the museum.
“I would love to see more people enjoying and learning from this wonderful place. It's story must be told far and wide” concluded Minister Noonan.