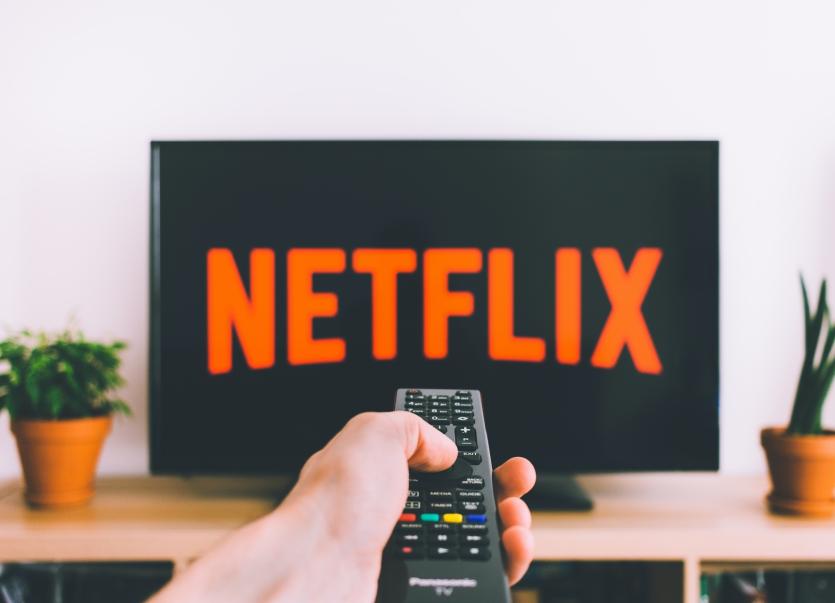 It's almost hard to believe that the August Bank Holiday weekend has rolled around once more, and for the long weekend that's in it - here's all the latest additions to Netflix's streaming catalogue to tie you over. 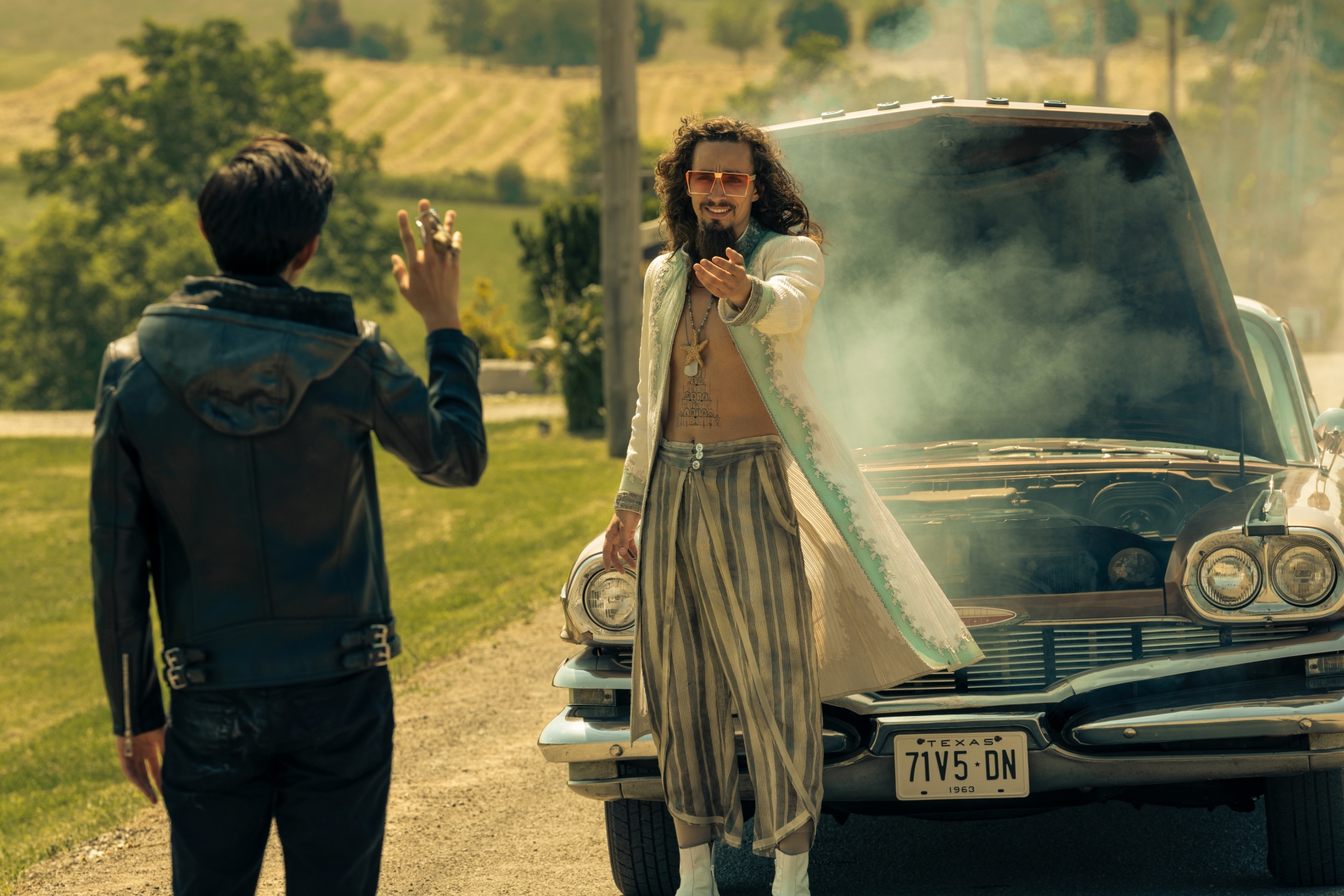 The super-powered Hargreeves siblings return for Season 2.    Five warned his family (so, so many times) that using his powers to escape from Vanya’s 2019 apocalypse was risky. Well, he was right - the time jump scatters the siblings in time in and around Dallas, Texas. Over a three year period. Starting in 1960. Some, having been stuck in the past for years, have built lives and moved on, certain they’re the only ones who survived. Five is the last to land, smack dab in the middle of a nuclear doomsday, which - spoiler alert! - turns out is a result of the group’s disruption of the timeline (déjà vu, anyone?).

Now the Umbrella Academy must find a way to reunite, figure out what caused doomsday, put a stop to it, and return to the present timeline to stop that other apocalypse. All while being hunted by a trio of ruthless Swedish assassins. But seriously, no pressure or anything. 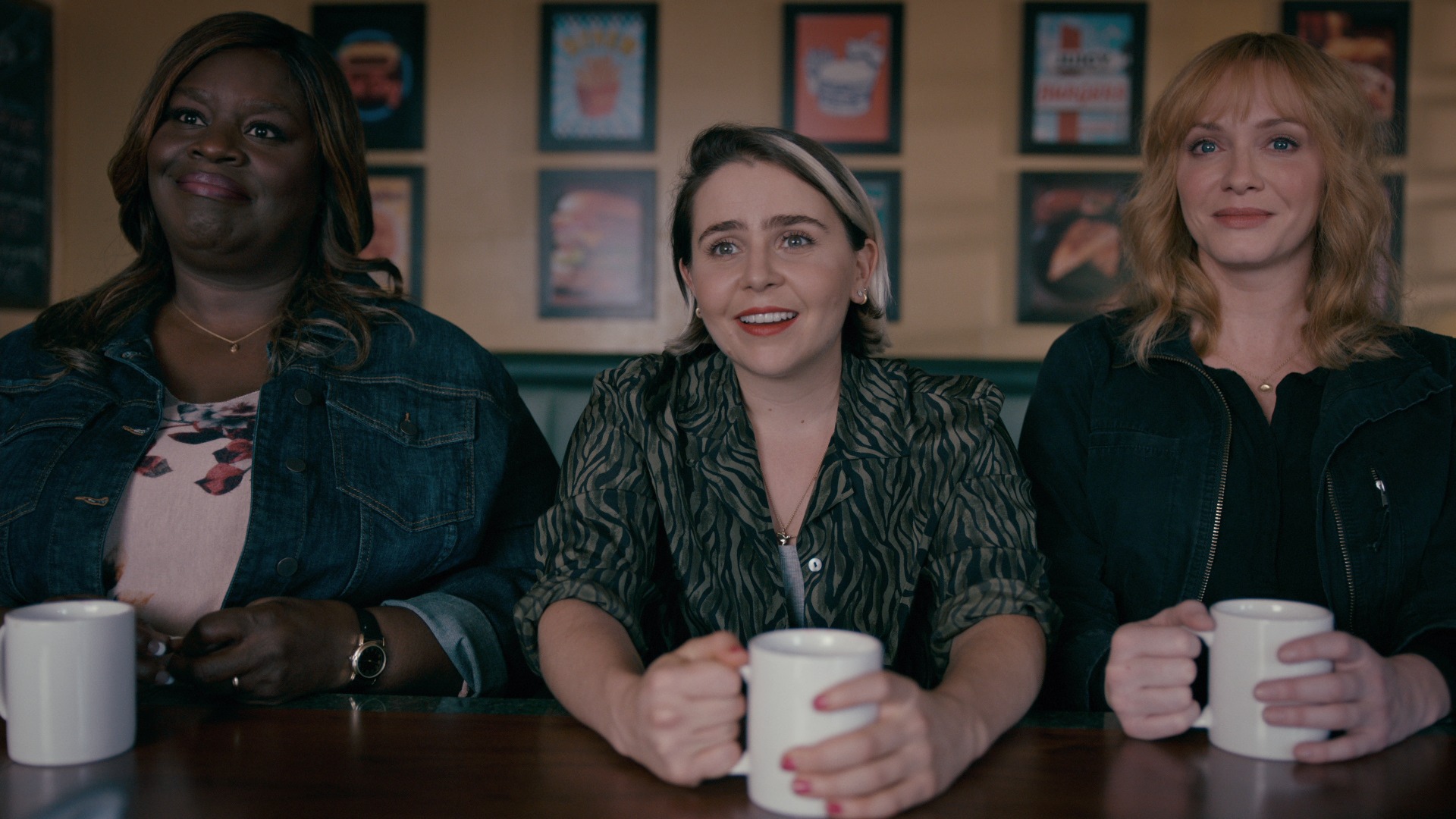 Suburban mothers-turned-criminals Beth, Ruby and Annie return to face the consequences of last season's hijinks.  Good Girls is a comedic drama about three tired moms who decide it's time to stick up for themselves, starring Christina Hendricks, Retta, and Mae Whitman.

When we last saw Beth, she had just shot Rio as he was beating up Agent Turner. Now that he's out of the picture, she's ready to run the game and stay in control. The women take on seemingly innocent jobs - Beth in a stationary store, Ruby in a nail salon and Annie as a valet - each with a special purpose to aid them in their new criminal enterprise. What happens as they expand their operation will have a ripple effect with their families. Meanwhile, Stan's taken a job in security at a strip club and Dean is working sales at a spa company. From Executive Producer Jenna Bans ("Grey's Anatomy," "Scandal") comes the third season of this comedy-infused drama that mixes a little "Thelma & Louise" with a bit of "Breaking Bad." The cast includes Christina Hendricks, Retta, Mae Whitman, Reno Wilson, Manny Montana, Lidya Jewett, Isaiah Stannard and Matthew Lillard

The psychological thriller examines the lives of two hunters -- one is a serial killer (Jamie Dornan) who preys on victims in and around Belfast, Northern Ireland, and the other is a female detective (Gillian Anderson)  drafted from the London Metropolitan Police to catch him. The local authorities have no suspects and no experience with cases involving sexually motivated serial killers; DSI Stella Gibson has. She heads a task force dedicated to solving the crime spree, with a simple motto: Anyone not part of the solution is part of the problem. The killer? He's Paul Spector, a father and a husband leading a double life, as viewers learn from the outset. He's hiding in plain sight, the protagonist in a cat and mouse game that is every police officer's worst nightmare.

Inside the World’s Toughest Prisons: Season 4  (Now on Netflix) 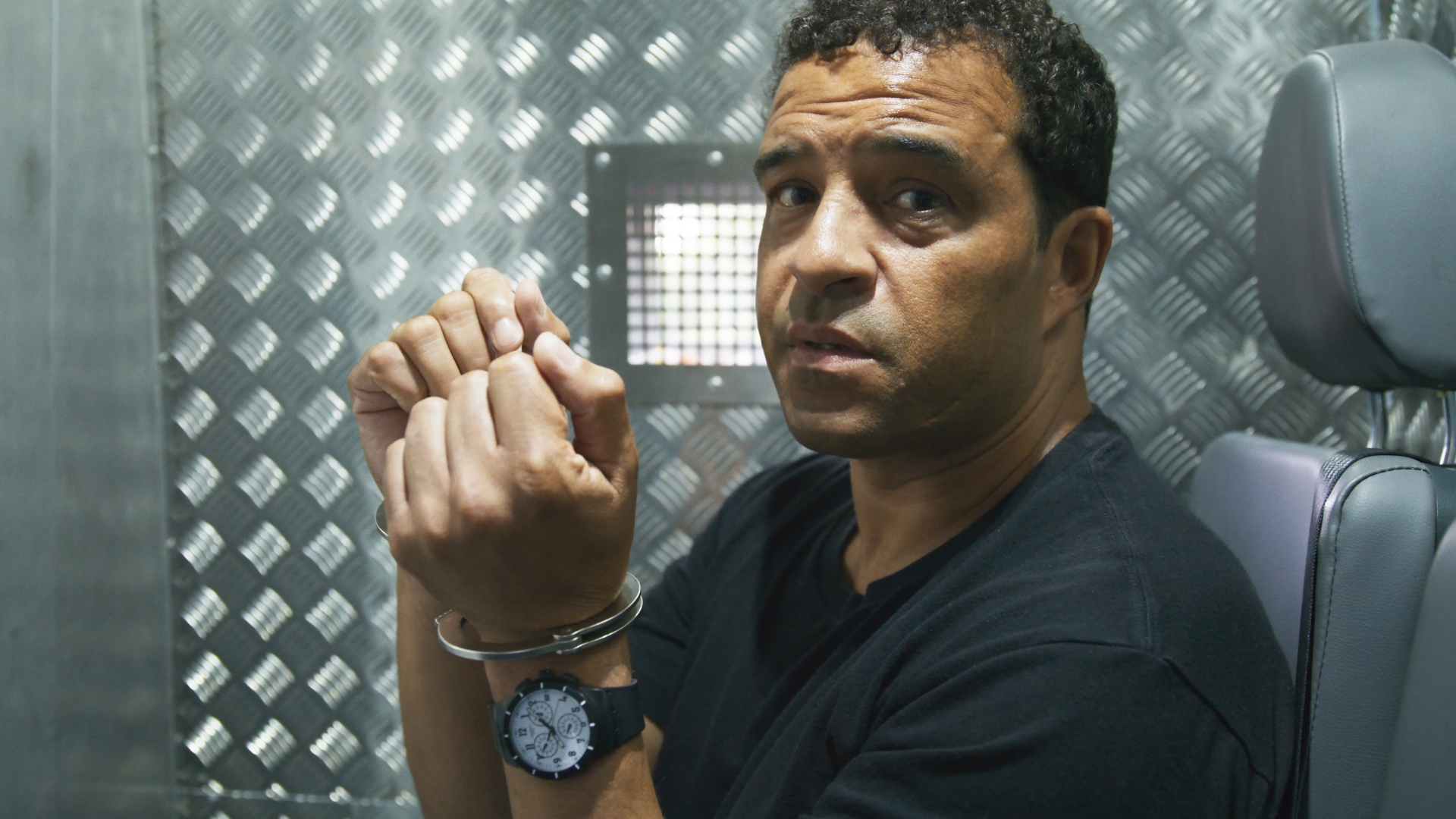 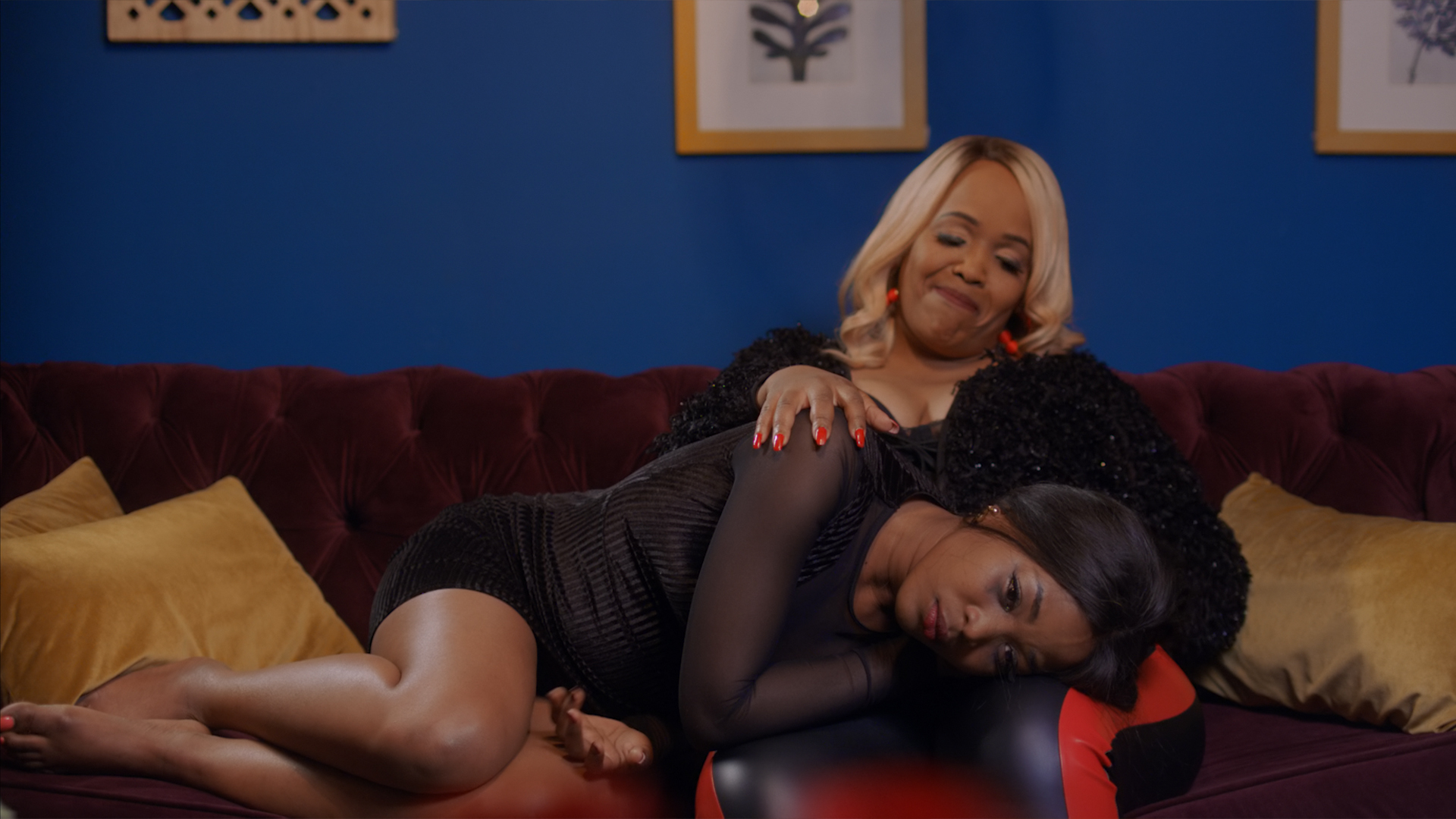 Set in Johannesburg, South Africa, Seriously Single tells the tale of the serial monogamist Dineo (Fulu Mugovhani), as she navigates the modern-day dating world alongside her best friend and partner in crime, the commitment-phobe Noni (Tumi Morake). When Dineo meets Lunga (Bohang Moeko) who appears to be the man of her dreams, she begins to uncover what she wants in life and love, as Noni unfolds her own story with Max (Yonda Thomas), the bar owner with a heart of gold. The wonderfully comedic misadventures of Dineo and Noni shows the beautiful power of having strong friendships.

The Speed Cubers  (Now on Netflix) 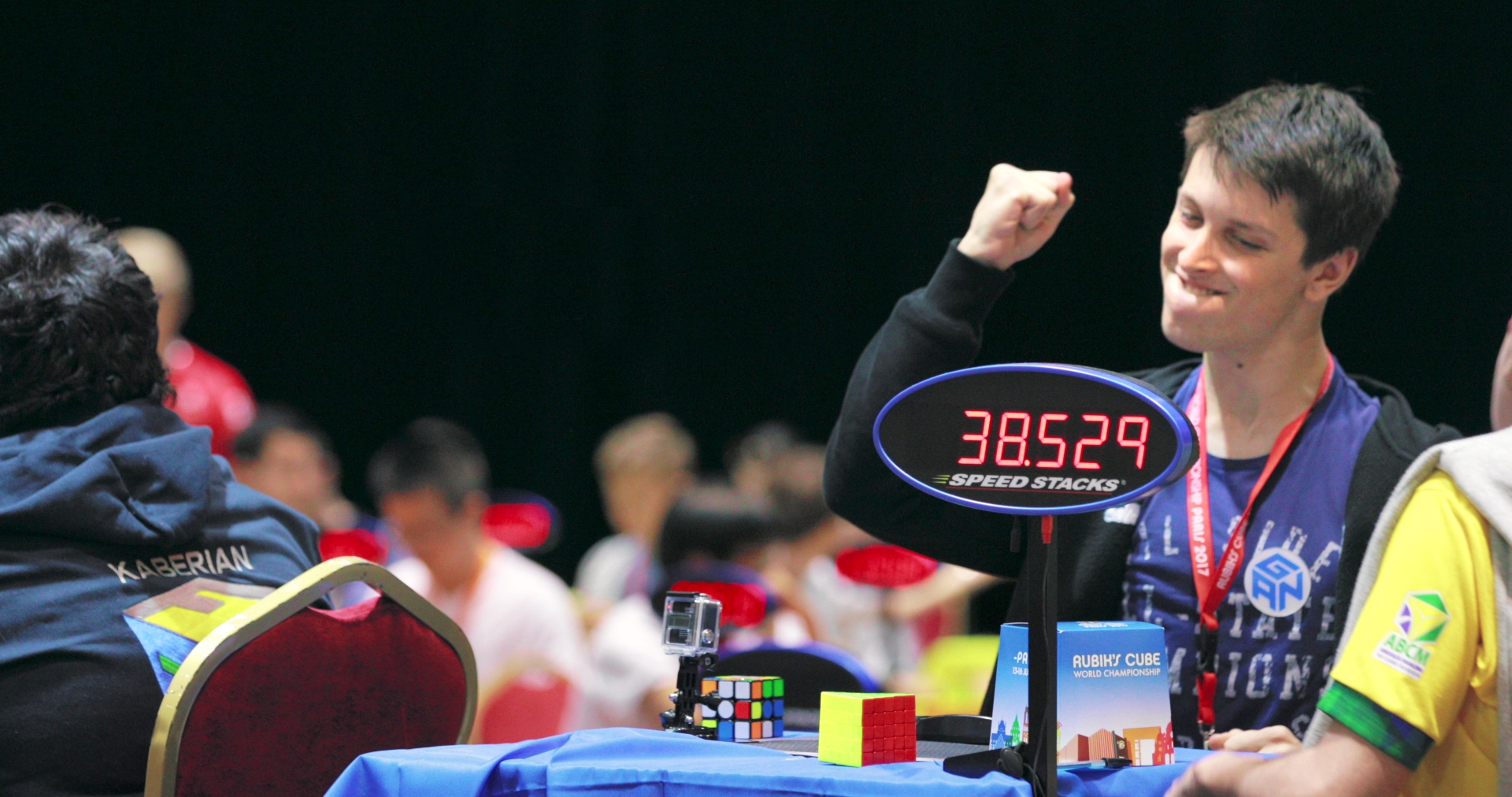 Discover the special bond — and uncommon competitive spirit — shared by the world's Rubik's Cube-solving record breakers in this documentary.

Set within the quirky, competitive world of speed cubing, this is the story of the rivalry/friendship between the two best Rubik’s cubers in the world - 17-year-old Max Park and 23-year old Feliks Zemdegs. 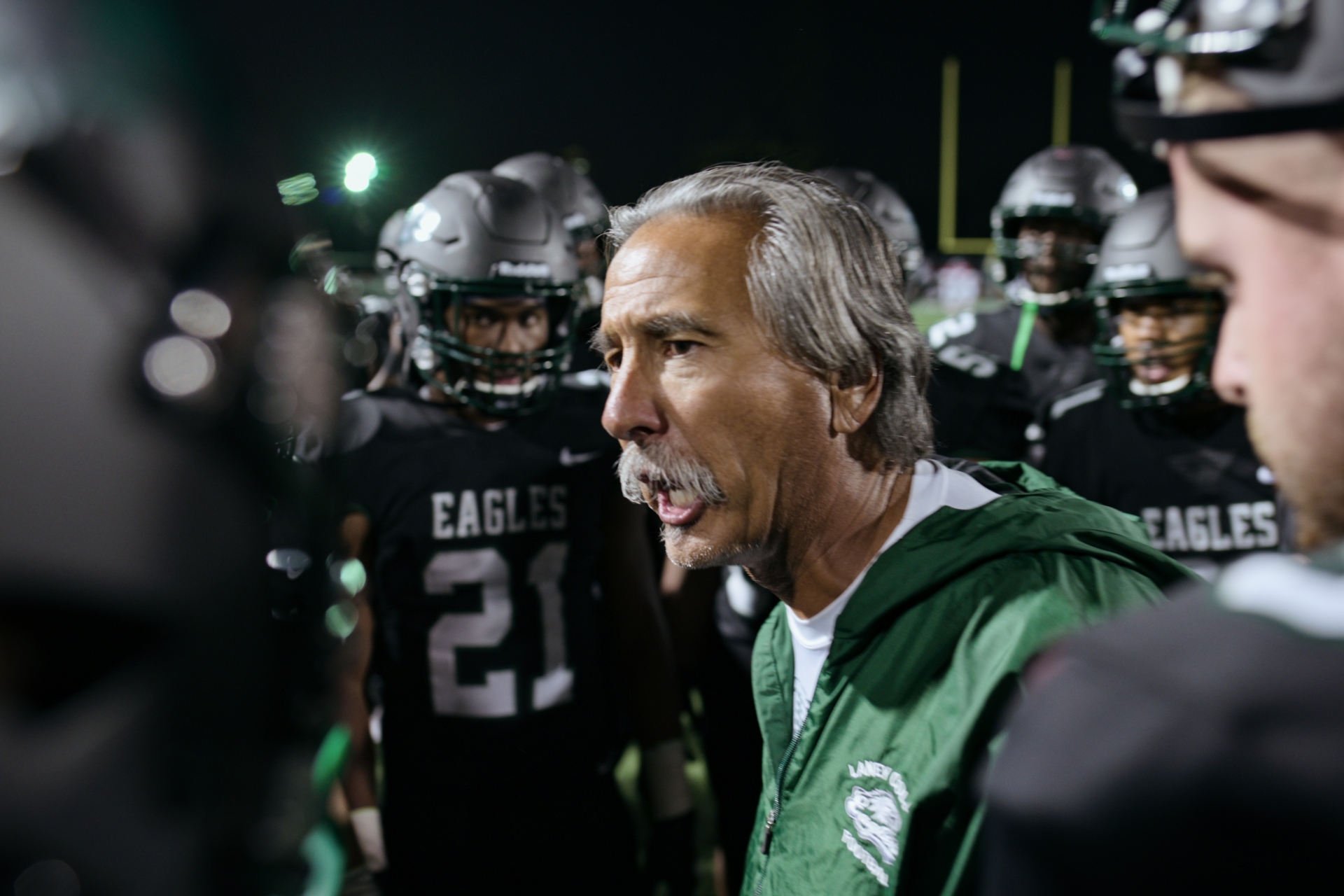 Netflix’s critically acclaimed, Emmy-nominated series Last Chance U returns for Season 5 in a brand new setting to give viewers a raw, authentic look at the junior college football program at Laney College in the heart of Oakland, CA. After clinching the title of state and national champions in 2018, the Laney Eagles have a hard season to follow and a lot to prove. Going into his eighth season and having built the program from the ground up, powerhouse head coach John Beam must fight to rally the team amidst countless setbacks. Season 5 brings intensity both on and off the field as players battle injuries, stress, and personal demons while finding much needed support in the community and taking pride in their scrappy mentality and motto “Laney Built.”

Latte and the Magic Waterstone   (Now on Netflix) 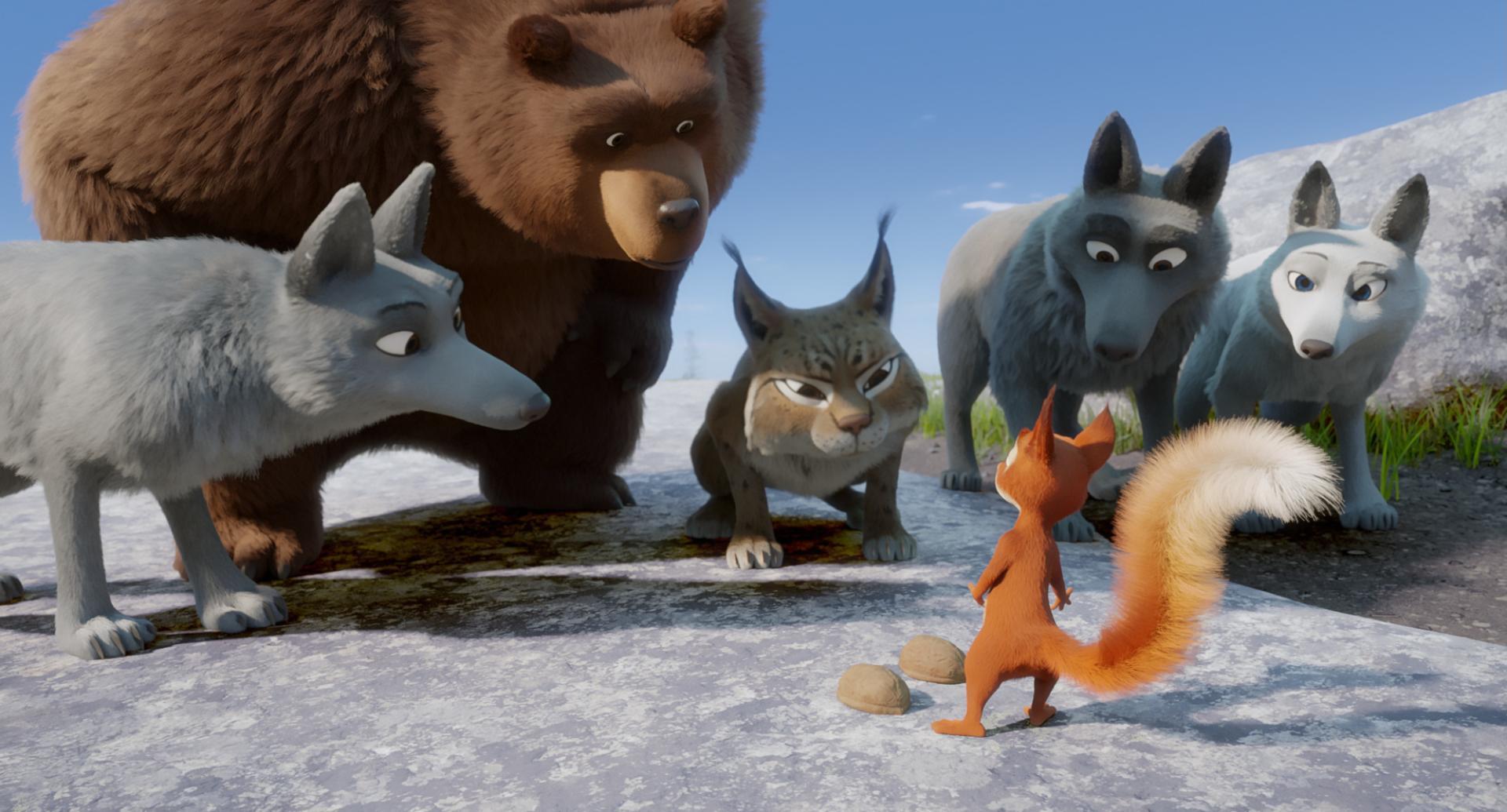 In this animated adventure, brave hedgehog Latte sets out to retrieve a magic stone from a greedy bear king and restore water flow to the forest. 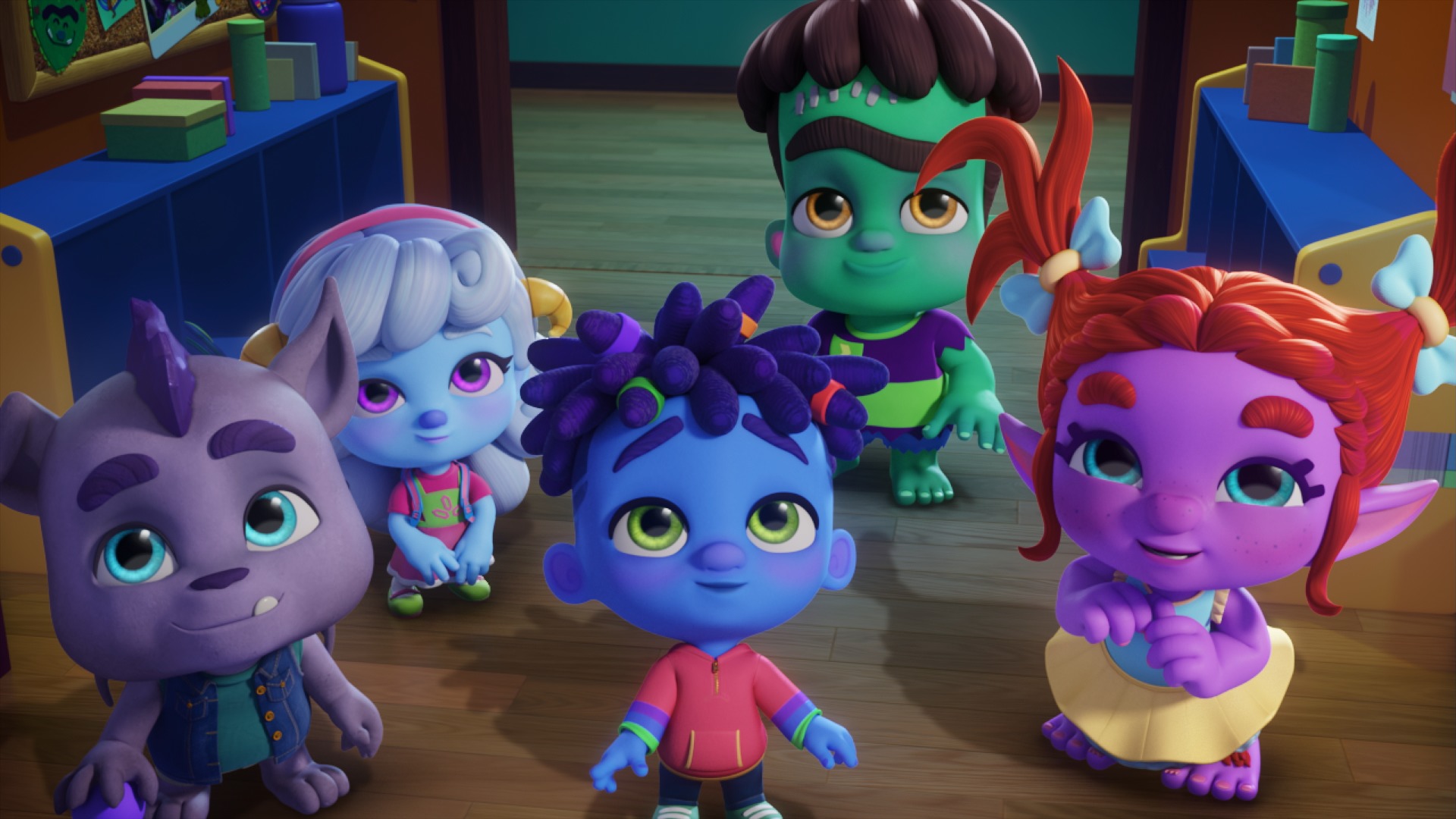 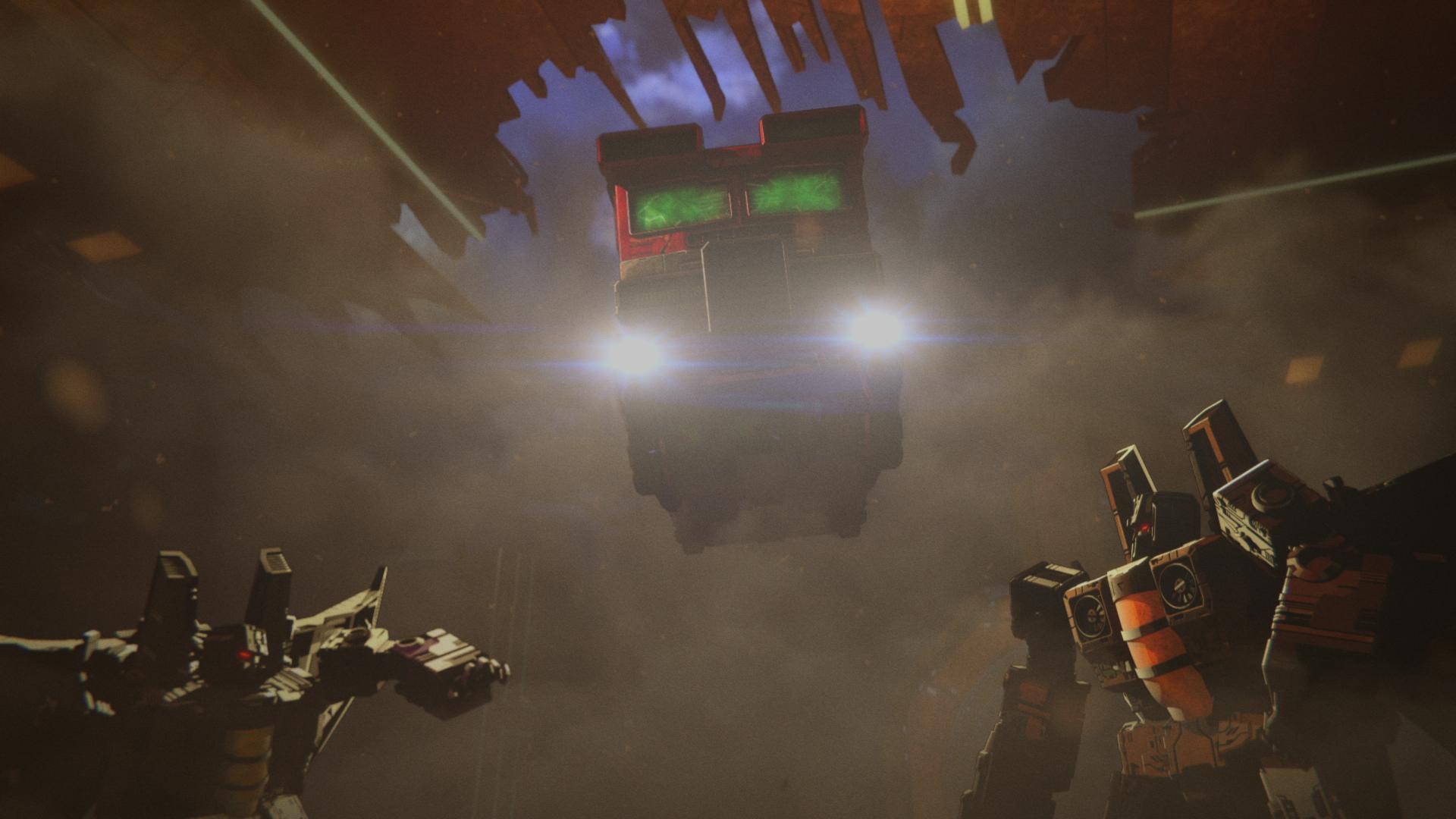 On their dying planet, the Autobots and Decepticons battle fiercely for control of the AllSpark in the Transformers universe's origin story.

It is the final hours of the devastating civil war between the Autobots and Decepticons. Watch the never before told stories of the Autobots vs Decepticons unfold as Optimus Prime and Megatron lead their iconic comrades to fight for their future. This war ends now