Auditions at The Barn in Kilkenny for Curriculum Live play 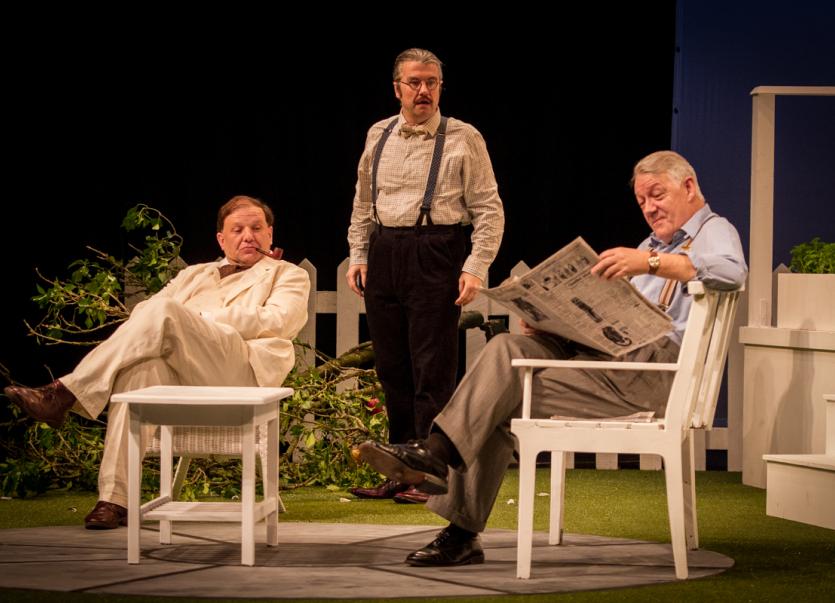 All My Sons was the Curriculum Play Live! in 2018

Auditions will take place later this month for the Curriculum Play Live! which will be performed in November.
Curriculum Play Live! is a unique partnership between Barnstorm Theatre Company and the Watergate Theatre that was formed in 2016.
Engaging local actors, with some well-known names, the goal is to produce quality theatre experiences for a wide audience in the region.
“We are also committed to developing this project closely with teachers and students studying these texts while producing the best works from some of the greatest writers for the international stage.
“After the tremendous success of our inaugural production of Translations by Brian Friel in 2016 followed by an excellent production of Seán O’Casey’s The Plough & the Stars in 2017, the thrilling All My Sons by Arthur Miller in 2018 and the acclaimed masterpiece of The Playboy of the Western World by JM Synge last year the team is delighted to announce the 2020 production of Brian Friel’s Philadelphia Here I Come which again will be presented in the Watergate Theatre in late November,” said director Philip Hardy.
This year the Curriculum Play Live Team! will rise to the challenges facing theatre with the addition of a documentary film crew who will capture every aspect of the production From Page to Stage which will be accessible to all our audiences.
The producers are holding socially-distanced auditions for some of the roles this August in Kilkenny.
These are open to any actor in the region and will be held on Thursday, August 13 in The Barn, Barnstorm Theatre Company (behind St Canice’s Cathedral) from 7pm.
For more information contact (056) 7751266 or philip@barnstorm.ie