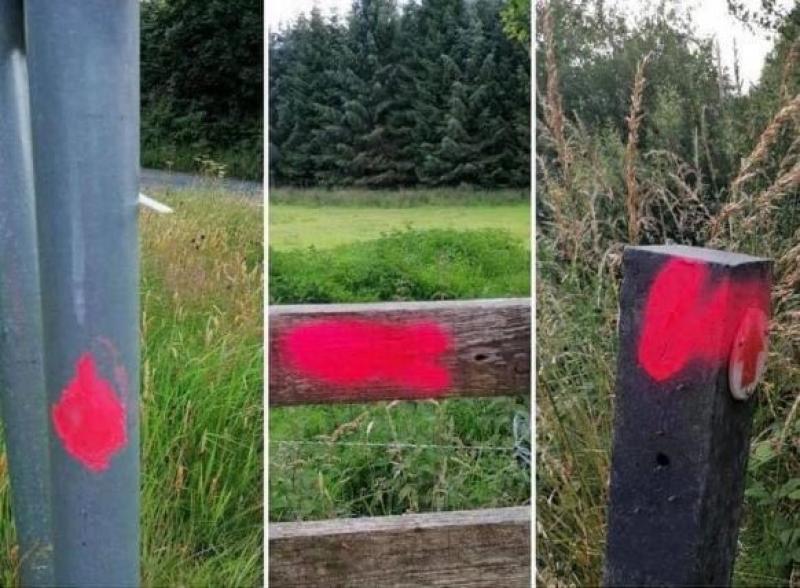 Householders have been urged to be vigilant for markings on their properties which criminals may be using to single out for burglaries or thefts of dogs.

A number of community alert groups across the county have urged people to be aware of the practice and to contact gardaí if necessary.

Gangs have been known to 'mark out' properties for accomplices so that the same vehicles or individuals won't be seen in the same area twice.

Marks with aerosol paint or chalk are often left on front walls or cable ties may be attached to gates to tip off a would-be burglar that it is a potential target.

There has been a surge in thefts of dogs in recent weeks, possibly because a demand for pets that began during the lockdown has inflated prices for the animals on online market sites in Ireland and the UK.

They included Labradors, Springer Spaniels, English Setters, Cavalier King Charles and Huskies which were cared for in a local shelter while the owners were traced.

One of the pets was later returned to its rightful owner in Co Cork.

In July, gardaí seized eight dogs believed to worth in the region of €5,000 when they stopped a van exceeding the speed limit on the M8 motorway in Co Tipperary.

Also in June, Gardaí in Cork seized 22 dogs during a search operation at locations in Gurranabraher and Knocknaheeny.