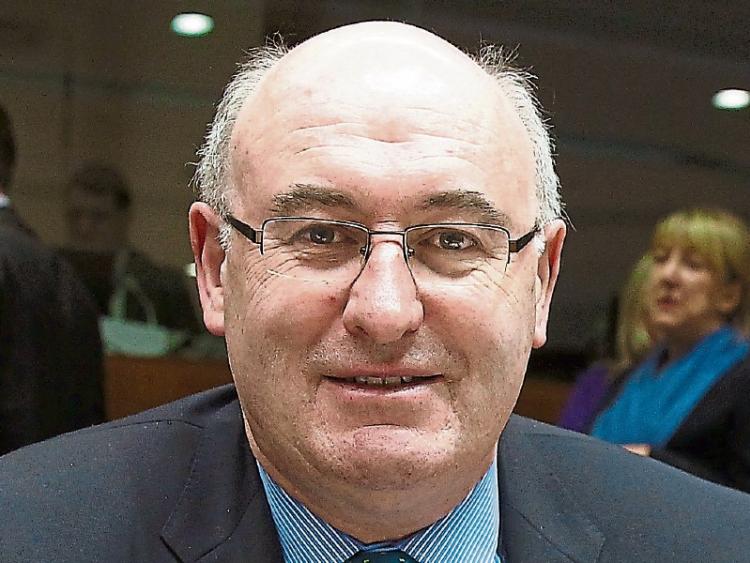 Ireland’s EU Commissioner Phil Hogan has told the EU President that he believes he complied with public health regulations in Ireland during his recent visit.

The Kilkenny man published his memorandum which was submitted to President Ursula von der Leyen yesterday (Tuesday) evening. Reports suggested he had submitted multiple pages, including guidelines from the Irish Hotels Federation and a map of Ireland outlining different counties’ locations.

At time of print, President von der Leyen was still considering Commissioner Hogan’s account of his movements and the decision to attend last week’s Oireachtas Golf Society dinner, which has been the source of considerable public anger in recent days.

The document deals with three key regulations — restrictions on events, requirement to complete a locator form, and restrictions on movement within specific lockdown areas.

Regarding the first, Commissioner Hogan says it is ‘abundantly clear that the event should not have been held’ and he should not have attended. He previously apologised for doing so on Sunday.

Since the golf dinner story initially broke, further revelations came to light regarding the Tullaroan native’s movements while in Ireland, including stop-offs in locked down Kildare.

“To my best understanding, my justification for entering County Kildare to obtain essential working documents or to get my belongings for the purpose of returning home to Brussels constitutes ‘a reasonable excuse’ under the regulations. At all times during my brief presence in Kildare over the period, I followed public health guidance,” Mr Hogan’s statement says.

“When in Kildare, I was either moving through the county or momentarily there with a reasonable excuse and consequently I was not in breach of the Covid-19 restrictions imposed.”

While a number of public figures have called on the Commissioner to resign his post, he has so far resisted calls. A decision from Dr von der Leyen is expected shortly following her consideration of the documents from Mr Hogan.

Progress made on new one-way plan for Callan