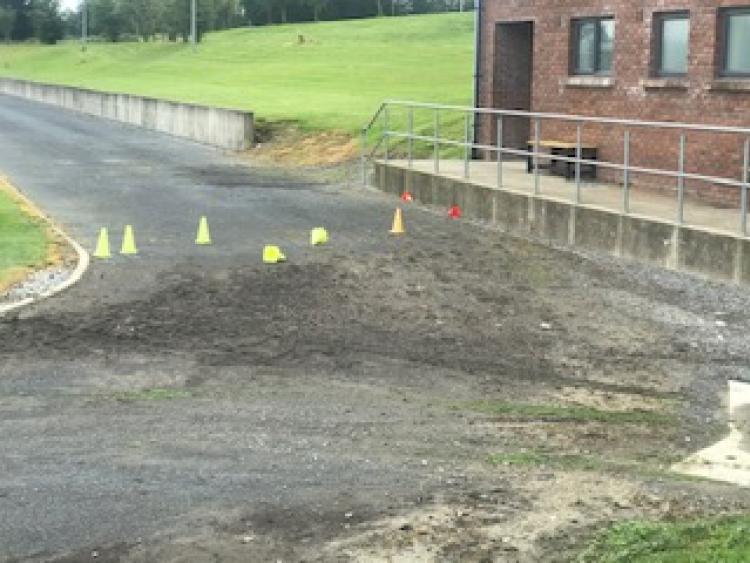 Thousands of euro worth of damage has been done to the running track at Castlecomer Community School after a flash flood struck during Stom Ellen.

Despite the damage, things could have been a lot worse. Only the quick action of the fire service prevented serious harm being done to the school building itself.

The flood waters appeared on Thursday afternoon without warning. An underground river near the school surged to the surface and onto school grounds at the back of the main building. Castlecomer Fire Service was called as the waters neared the building and gym, and they arrived and managed to channel it away.

Principal Seamus O’ Connor said it was a frightening incident.

“It is disappointing that after spending nearly a million euro on our new sports facilities over the last number of years, they were damaged in such a random manner,” he said.

“We are lucky however that there was not major damage done to the school building proper. There are lots of people working hard here at the moment to get the school ready under the current exceptional circumstances we find ourselves in, flood damage would have been the last thing we needed.”

Richie Connolly of Castlecomer Athletics Club, whose base is the Community School, said that the club was hugely disappointed that the track will have to be temporarily closed down, 'but also relieved that no one was injured during the incident and that the damage done can be repaired.’

Engineers from Kilkenny County Council are assessing the scene to see what measures can be taken to prevent future flooding.