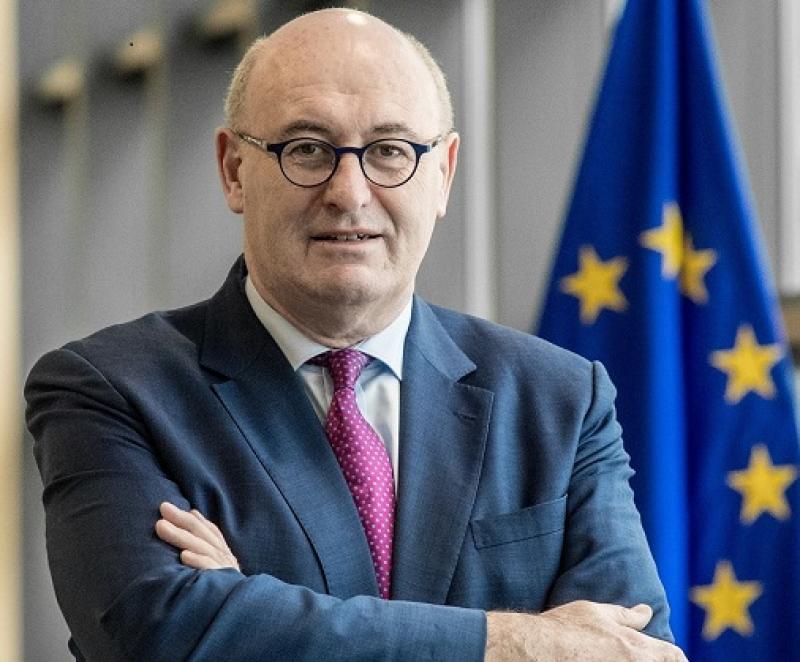 Kilkenny's Phil Hogan has resigned from the post of EU Trade Commissioner this evening.

The move comes amid controversy over Mr Hogan's movements in Ireland in recent weeks which was sparked off by his attendance at a golf dinner in Clifden this day last week. Mr Hogan issued a statement tonight, which follows in full:

"This evening I have tendered my resignation as EU Trade Commissioner to the President of the European Commission, Dr Ursula von der Leyen.

It was becoming increasingly clear that the controversy concerning my recent visit to Ireland was becoming a distraction from my work as an EU Commissioner and would undermine my work in the key months ahead.

I deeply regret that my trip to Ireland – the country that I have been so proud to represent as a public servant for most of my adult life - caused such concern, unease and upset. I have always tried to comply with all relevant COVID-19 Regulations in Ireland and had understood that I had met with all relevant public health Guidelines, particularly following confirmation of a negative COVID-19 test. I reiterate my heartfelt apology to the Irish people for the mistakes I made during my visit. The Irish people have made incredible efforts to contain the coronavirus, and the European Commission will continue to support you, and all EU Member States, in defeating this terrible pandemic.

Let me say from the heart that I fully appreciate and recognise the challenge presented by the COVID19 pandemic to our society and the global economy. As European Trade Commissioner, I have been at the frontline of the European Union's response to the crisis.

I recognise and appreciate the devastating impact of COVID-19 on individuals and families, and I fully understand their sense of hurt and anger when they feel that those in public service do not meet the standards expected of them. It is important to state that I did not break any law. As a public representative I should have been more rigorous in my adherence to the Covid guidelines.

It has been the honour of my life to serve as European Commissioner, first in Agriculture and Rural Development and then in Trade. I believe the project of European Union is our shared continent's crowning achievement: a force for peace and prosperity the likes of which the world has never seen. I also believe that Ireland's destiny is deeply European, and that our small, proud, open nation will continue to play an inspiring and proactive role at the heart of the EU.

I made a lifelong commitment to public service, throughout the course of my almost 40-year political career, as a member of the Local Authority, Oireachtas, Minister and two terms as European Commissioner. I am proud of my record and achievements as European Commissioner and I hope history will judge them favourably, when the final assessment is made.

I remain convinced that at a time when the global economy faces significant challenges and turbulences, the importance of the EU as a global leader remains paramount. It has been my priority as EU Trade Commissioner to strengthen this global leadership role in trade, and to boost Europe's capacity to protect itself from unfair trading practices. The EU must remain at the heart of the multilateral system of open, fair and rules-based trade, and continue pursuing a positive reform agenda.

Brexit also represents a significant challenge for the EU and for Ireland in particular for which I have been centrally involved from the outset. I hope that the EU Member States, with Ireland at their vanguard, and the UK, can overcome their differences and work together to reach a fair, mutually beneficial and sustainable trade deal. EU and UK citizens and businesses deserve nothing less.