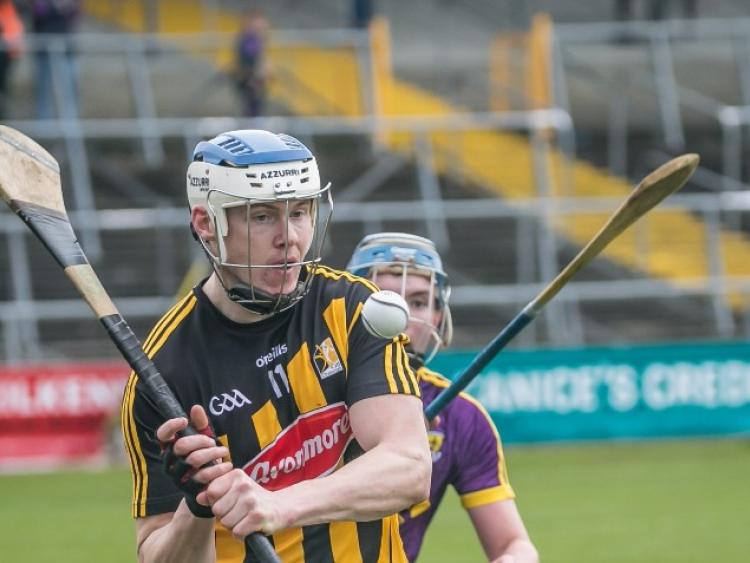 TJ Reid features in the documentary

Told through the lens of award-winning documentary maker, Ross Whitaker, the feature piece will track their story alongside a host of other GAA members nationwide and will celebrate the strength and resilience of the thousands of people in GAA communities. The documentary delves in behind the scenes to life in Kilkenny, and follows Ann, who was the first female in Kilkenny to be appointed team manager of a men’s senior side, and TJ as they come to terms with a new normal, while also telling Nickey’s story as, just before Easter this year, he was diagnosed with Covid-19.

“We all know the GAA has been called a great community organisation,” Nickey reflected, “But this brought it to a different level. When people cried out for help and assistance, the GAA answered the call.”

“I was really looking forward to the year,” Ann said, after her first year in charge was brought abruptly to a halt. “We’d started well, but we actually only had an opportunity to have one challenge game. Sport is our religion, it’s our life. It’s more than just playing the game. The GAA club brings the whole community together.”

For Ballyhale man TJ, the past few months may have seen him having to close up his business, TJ Reid Health and Fitness, but he put his energy into something new, offering GAA skills videos online for children around the country.

“GAA is the heartbeat of Ireland, especially in rural areas like Ballyhale. I thought I’d only be doing the videos for a few weeks, but the response from the kids was amazing!” he said.

The 50-minute documentary, which aired on RTÉ One on Tuesday (August 25), marks the finale in AIB’s The Toughest Summer series, and saw AIB, proud sponsors of the All-Ireland Club Championships across football, hurling and camogie, as well as the All-Ireland Senior Football Championships, give viewers a poignant look into GAA communities across Ireland over the past several months.

The Toughest Summer showcases the powerful and extraordinary ways that the GAA has connected with their local communities when needed most, proving that even when there are no games being played, the GAA is still the beating heart of Ireland’s rural and urban communities. This week’s documentary tracks a host of GAA people, from players to coaches, fans to commentators, and will also follow the stories of Michael Darragh Macauley, Caitriona Cormican and Mícheál Ó Muircheartaigh to name but a few.

The documentary is the culmination of a journey through a unique period of time in GAA history and chronicles the unprecedented halt to the games in March 2020. It follows the stories of GAA people and their communities across the country as they learned to cope with their new reality, and their subsequent path towards returning to on-field action once more. It tells the story of a summer that has been like no other; one that has truly highlighted the importance of GAA within local communities and one that has united friends and rivals, old and young, players and fans.

Michael Dargan, Head of Consumer Marketing, said: “We are really looking forward to the finale of “The Toughest Summer” series airing this week. The five webisodes to date have highlighted the unique role that GAA plays at the heart of local communities, and this week’s documentary will delve even deeper into this interconnected relationship between GAA and the local community. It will show us the power of GAA during the most trying of times and will highlight the superb work of thousands of GAA members around the country who contributed so much to their communities during the past five months. We at AIB are hugely proud of our long-standing support of both the GAA and the Camogie Association and are delighted to have the opportunity to tell the unique story of “The Toughest Summer”.”

Also speaking about The Toughest Summer, Ross Whitaker said: “I am really excited to see the final instalment of the series air this week. It has been fantastic to collaborate with AIB to tell this incredible story and track the amazing people in communities nationwide and tell their story of “The Toughest Summer”. What GAA people have done for their communities truly shows why Gaelic Games hold such a special place in the hearts of Irish people. I am honoured to have been able to tell their stories and to celebrate the GAA through this documentary, which we hope will leave viewers inspired and hopeful about the future.”

AIB’s The Toughest Summer, which aired on RTÉ One on Tuesday, will be available on AIB’s YouTube channel from 1pm today (August 27) at www.youtube.com/aib.