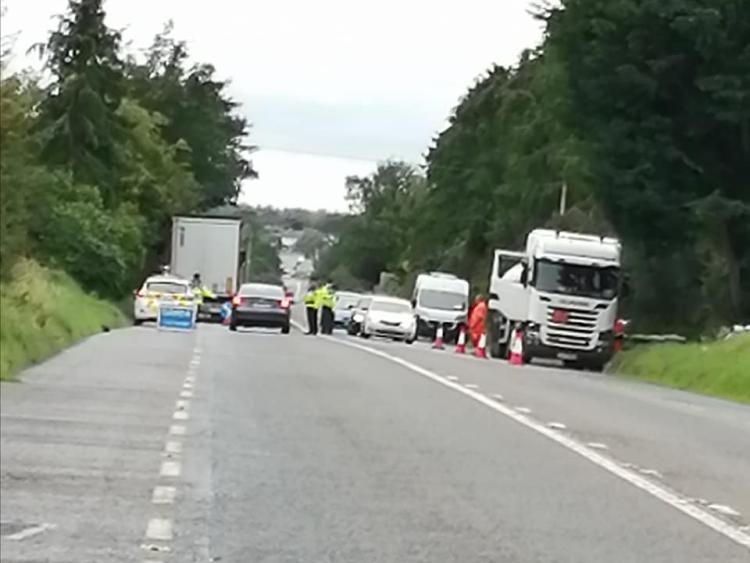 In total nine checkpoints were put in place, including high visibility checkpoints in Johnstown and Paulstown and mobile patrols checkpoints also conducted in the vicinity of the main checkpoints.

In total five vehicles were seized, two from unaccompanied drivers, one for no insurance and two where the tax had expired for more than two months.

22 Fixed Charge Notice's were issued for offences committed by Learner Permit holders, including seven for breach of the speed limits, two for holding a mobile phone while driving and others for no tax and bald tyres.

The Road Safety Authority issued ten notices to bus/HGV drivers and owners for breaches of the Road Transport Act and detained one Heavy Goods Vehicle, which was dangerous and defective, until that vehicle was repaired at the scene.

"As always we were met with a broad positive response. A few things though stand out from the day.
There is no excuse for driving unaccompanied on a learner permit. There is a duty by every driver to ensure their vehicle is roadworthy. The government extended NCT test validity for vehicles with a test due date after the March 28 by four months. If you're test expired for example on January 17 2020 there is no excuse.

"Overall this was a very successful operation, from a road safety point of view and in deterring criminals the use of the road network. Further days of action are being planned for the coming months, in the Kilkenny Carlow Garda area," a garda spokesperson said.