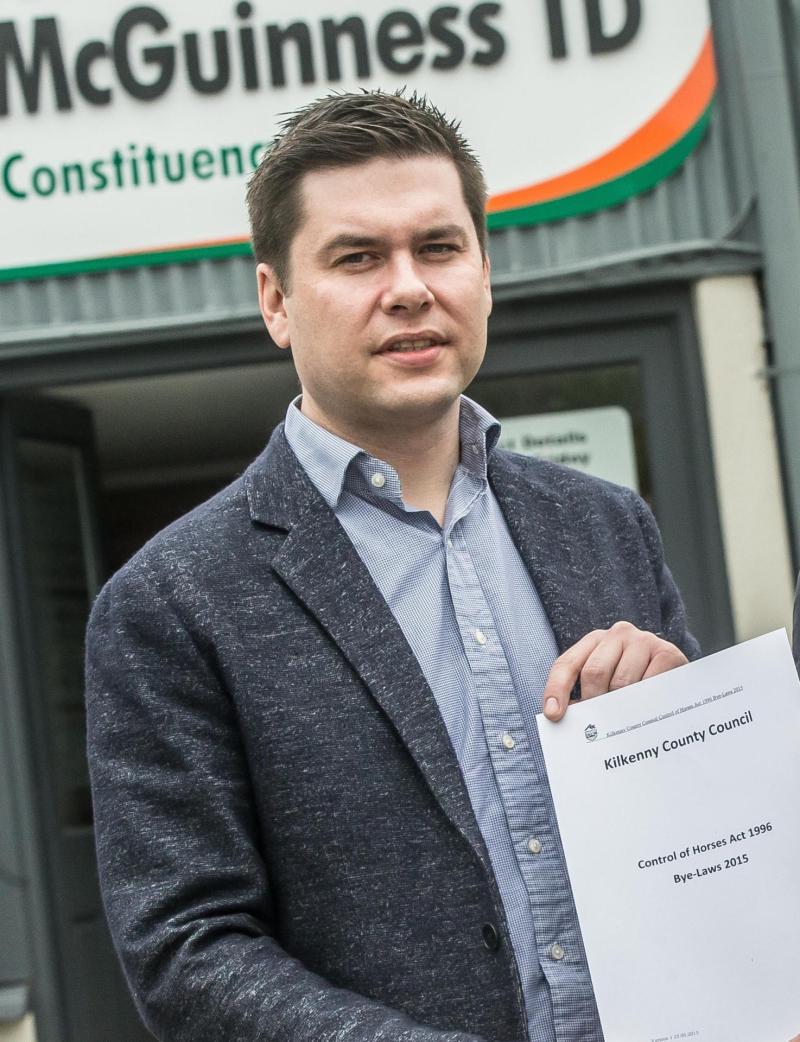 A new committee which will focus on dealing with issues of cruelty towards animals, particularly horses and dogs recently held its first meeting.

The new Animal Welfare Standards Committee is chaired by Cllr Andrew McGuinness and is a continuation and expansion of a previous committee that over saw operations at Kilkennys dog shelter and had a very positive impact on improving the facilities there.

Like the previous committee, this new grouping was formed following a proposal from Cllr Andrew McGuinness and supported unanimously by all of the elected members of Kilkenny County Council.

The committee consists of seven elected members, senior Council executive and representatives from various animal welfare organisations such as My Lovely Horse Rescue, PAWS, Dogs Trust, the KSPCA and the IFA. Councillor Andrew McGuinness has also proposed the inclusion of a member of the Gardai and a representative of the travelling community.

Speaking to The Kilkenny People following the meeting, Councillor McGuinness said, “I’m delighted to have been selected as Chairman of this committee and I’m absolutely determined to tackle issues of animal cruelty in Kilkenny. This committee will see all of the major stakeholders in animal welfare in Kilkenny sitting around one table and it is my intention to encourage a zero-tolerance policy and a united approach from all involved.”

“All of the councillors that have been selected to be on this committee are passionate about the issue and well up for this challenge. The same can be said for all of the organisations that are represented on it and Id like to single out My Lovely Horse Rescue and thank them for their great work alongside Kilkenny gardai in a number of cases recently,” he said.

“Like most people in Kilkenny, I am sick of seeing cases of horrific cruelty, particularly towards horses, and I hope that with this committee, we can come together to deal with it once and for all. I believe Kilkenny County Council has exhausted all avenues in terms of education and providing facilities, and now what is needed is zero tolerance and bringing to justice those who continue to break the law and inflict terrible cruelty on animals. They must be punished for doing that and our animal welfare laws must be obeyed by everyone,” he said.

“We have local laws and we have new laws in the pipeline. Kilkenny has led the way in terms of legislation, but we are quickly getting a bad name simply because of those who choose to flaunt the law and refuse to take proper responsibility for their animals. People who make that choice should be penalised,” he continued.

“We have a huge body of work to get through and the challenge is substantial, but I’m confident that, with a collaborative effort, we will make a positive impact on a horrible issue. Unfortunately, I believe because of my continued work on this particular issue, attempts have been made to intimidate me and I have been threatened and I am currently talking to the Gardai about recent events but I will not let that put me off in any way. Intimidation simply will not work. The message is loud and clear – there is no place in society for animal cruelty and it will not be tolerated in Kilkenny. This committee is another step in the right direction,” concluded Andrew McGuinness