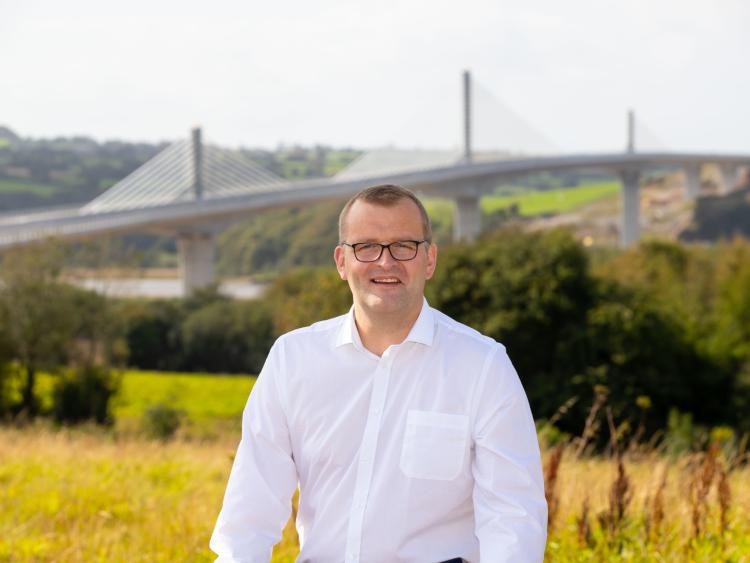 With a long career in politics despite being only in his early 40s, John Paul Phelan had attributed his tiredness and weight gain over recent months to stress and simply getting older.

The local TD, who turned 42 on Sunday, remembers feeling a rawness in his throat and some difficulty breathing earlier in the year after spending the day splitting sticks, but the symptoms disappeared after about 15 minutes.

“I am 21 years at this job in one shape or form, so I put a lot of it down to just getting older,” he says.

“Between that and smoking. I thought the pains that I got was just kind of a version of a smoker’s cough without the cough – that kind of rawness in my throat.”

But then one day in early July, those symptoms would return in what transpired to be a serious cardiac episode which saw a 100% blockage in one artery, bringing him to within days of a fatal event. It wasn’t at all what he thought a heart attack would be like.

He had gone for a walk with his partner Claire in Ferrybank and then back to Rockshire Hill where the couple lives. He remembers getting the same pain he experienced previously.

“There was no pain in the arms – there was a bit in the neck, the arteries that go up the side of your neck, that nerve. There was a little bit of pain in that, and this kind of a sense of difficulty or pain in drawing your breath,” he says.

“It didn’t seem an obvious heart attack. It’s only after it kept going for 40 minutes and then I started throwing up — that’s an old sign that I knew myself. So Claire loaded me up in the car and drove me into Ardkeen.”

Initially at the hospital, there didn’t seem to be all that much obviously wrong. ECG readings had calmed down, and the doctor who had admitted him had even asked questions in line with a possible torn muscle, and indigestion. But John Paul suspected it wasn’t either of those things. He was admitted and kept overnight.

“They put a monitor on me and put me in one of the medical wards, the monitor being linked to the coronary care unit so they could keep an eye,”he recalls.

“In the middle of the night a youngish doctor came and gave me a once-over which is the first time I realised the monitor must be showing something not quite right. So in the morning, they wheeled me out for a CT scan, and suddenly I was in the ambulance to Whitfield. Because the cath lab in the regional hospital is being refurbed and everybody has been based in Whitfield.”

That’s where he ended up on Monday, July 13, waiting to see what would happen to him next.

“I still didn’t feel too bad – I wasn’t 100 percent but the pain had lifted a bit, probably down to some of the drugs they’d put me on,” he says.

Next came the angiogram, and angioplasty as doctors went in through a right arm artery to probe for and open up a blockage.

“About ten minutes in he turned to me kind of seriously and said “I’ve found 100% blockage’,” says John Paul.

He was watching intently on the monitor overhead, and describes it as ‘fascinating to watch’.

“They kept me for a week, because there was a fairly large clot in the heart itself,” he said.

“So that was the toughest because movement was completely limited in every way.”

He was given a large stent, and told, thankfully, that his other arteries are fine — even the one that was blocked was in good condition. After two weeks in the hospital, he convalesced at home, and last Monday, returned to work reportedly feeling better than he has in years.

With some lifestyle changes, he now has more energy, while the experience has left him with a remarkably upbeat attitude.
“I know what I have to do – a lot of it is in my own hands,” he says.

“I’m walking, cycling – which I didn’t do since I got a driver’s license – and it’s a great time to be cycling in South Kilkenny, between the Waterford Greenway and our own one under construction now. The smokes are gone. I haven’t had one since before the event and I have no real interest.”
the signs

“Looking back, the two things that were signs – symptoms of something up with your heart but which can be symptoms of a lot other things too – were the fatigue, and weight,” he says.

“During the summer I put up a lot of weight despite the fact that I did more physical work this summer than I did since I was in my twenties, with the lockdown. But the weight just kept coming on. And there was also then this constant tiredness, often for no obvious reason.”

The former minister of state had put a lot of this down to long hours, early mornings and late nights, travelling up and down to Dublin regularly.

There’s no doubt that hearing a doctor confirm you were within days of a fatal event focuses the mind. Had he not gone for his walk, and then recognised the symptoms and gone to hospital, things could have been very different. I ask if the diganosis has made him rethink anything, or if his outlook on life in general has changed. He says he feels he got a warning that a lot of people don’t get.

“I genuinely feel like someone who has skipped death. Were it not for the fact that I probably went for that walk and pushed myself that little bit that morning. Now I have got the warning,” he says.

Genetics may have played a role —there is history of cardiac illness in his family. John Paul’s advice is for anyone the age of 40 or over to get themselves checked out. The sense that things are somewhat in his own hands now is also a relief for him.

“My outlook is much more positive than it’s been for a long time,” he says.

“As well as that feeling of just more energy than I've had for a long time. Looking back at the election campaign I was wrecked from start to finish. And I often had bigger, even longer election campaigns, but that was a sign too. But the mood is good. Because it’s up to me, and that’s it really.”