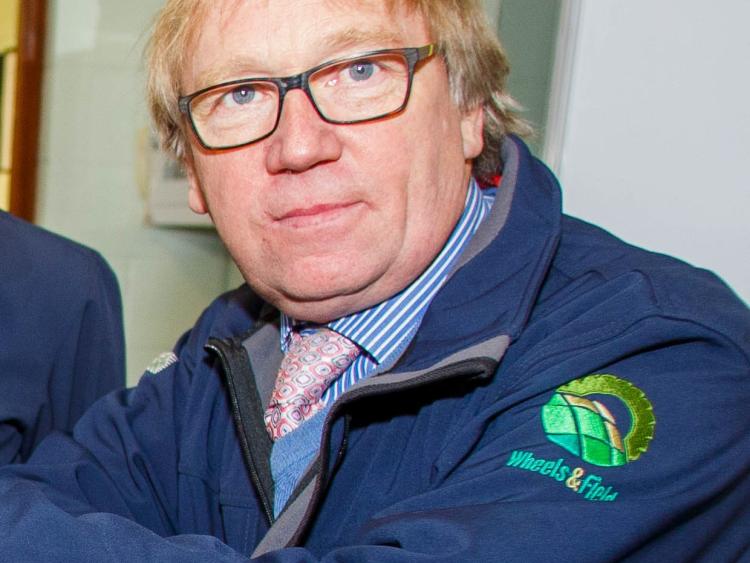 Kilkenny man, John Hughes from Danville, on the outskirts of Kilkenny city has been elected as the new National Chair of the Association of Farm & Forestry Contractors in Ireland (FCI) at its recent Annual General Meeting held online recently.

John has been an active member of the FCI National Council for a number of years nominated by the South East Region. John is a second generation farm contractor; his late father Kevin Hughes began the family farm contracting business back in 1947. John, in partnership with his brother Brendan, has operated a mainly tillage-based contractor business at Danville, Kilkenny for more than 25 years while having worked in farm contracting for over 40 years.

In more recent years John and Brendan have focused on a tillage contracting service. They provide cultivation, sowing, spraying and combine harvesting services for a range of tillage crops as well as an extensive big square baling service across the Leinster region.

As FCI National Chair John’s aim is to build the membership of FCI as without an active membership we will have no association, said John.

“An active membership is the lifeblood or the association and a strong and committed membership will feed the future development of FCI,” he added.

“As contractors we trade on our reputation for good work based on our skills and ability to provide an efficient and quality service to Irish farming,” said the new FCI National Chair. “Our most valuable asset is our staff, without their commitment no contracting business can survive,” he added.

“As contractors we need to get recognition as the people who drive the tractors early in the morning and late at night, keeping the wheels of Irish agriculture moving forward,” he added. “While the silage harvest is very visible, often many contractors are also working behind the hedges and are not always as visible; they are working long hours to stay ahead of the weather and crop demands. As contractors, we need that important role to be duly recognised by Government bodies and farm organisations,” he added, “and that’s just part of what FCI does on an ongoing basis on behalf of all farm and forestry contractors in Ireland.”

At the recent FCI AGM John requested members to consider those who had gone before him in their efforts to develop Irish contractor associations and he asked for those present to especially remember the late Alan McCartney from Moynalty, Kells, Co Meath who had died during the summer months.

“It is people like the late Alan McCartney who have allowed me to stand on the shoulders of giants from the past, in agricultural contracting,” added John Hughes.

John also told the meeting that FCI was the third contractor association that he had been involved in over his 25 years in the farm contracting business.

“FCI has achieved more in the nine years of its existence than any other organisation before. We aim to develop FCI into an association that is representative of the work of all contractors and we can best achieve that with greater national support from all farm and forestry contractors,” he added.

The 2020 Annual General Meeting of the Association of Farm & Forestry Contractors in Ireland (FCI) also elected two Vice-Chair roles in order to spread the growing workload of the Association. Mountbellew, Galway-based contractor Martin Fleming was elected as a vice-chair. Martin is currently chair of the FCI Galway/Clare region and has been a member of the FCI National Council for a number of years. Martin runs a general farm contracting business with the support of his brother Michael at Mountbellew, Galway.

Ann Hanrahan from Killylon, Birr, Offaly was also elected to a vice-chair position. Ann was co-opted to the Association’s National Council in 2019 in place of her son Keith. Ann and Gerard Hanrahan have run G & A Hanrahan Ltd, a farm contracting business that services most aspects of farm and local authority work for more than 20 years.

Martin Hanley, who operates a farm contractor business from Tara, Meath trading at Hanley Agri Ltd, was elected as the new honorary treasurer of FCI. Martin has been regional chairman of the North East Region of FCI and a member of the FCI National Council for a number of years.