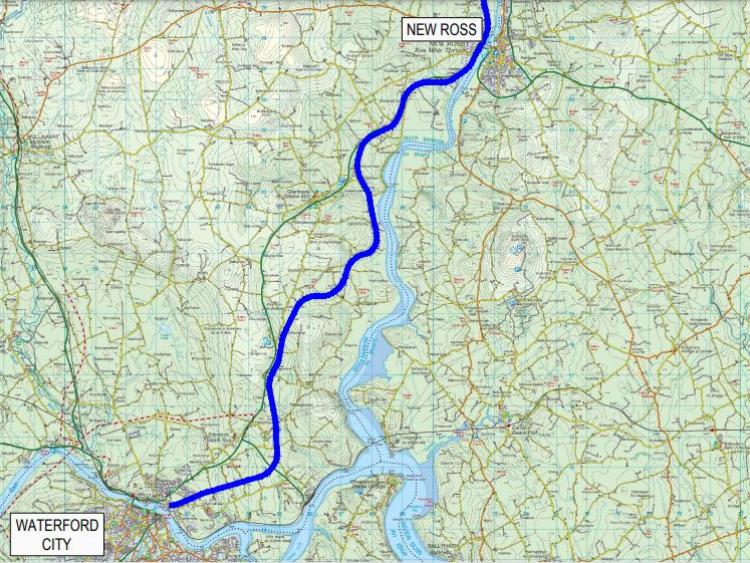 The route of the new greenway

There’s growing interest from businesses and enterpreneurs to get on board and capitalise on the opportunities arising from the new Kilkenny Greenway once it opens for use.

A business development executive is to be brought on board to help communities realise and optimise the full potential that exists.

At the Piltown Municipal District meeting held online last week, director of services Sean McKeown said significant progess is being made on the greenway, with half the existing railways line and sleepers now having been lifted and vegetation cleared. The detailed design is progressing.

In a major boost for the project, Irish Rail and CIE have confirmed the abandonment order of the line. The transfer of the lands now begins to the relevant local authorities. The property team from the councils will liaise with CIE'S property team.

There are also plans in train to maximise the opportunities of nearby villages like Slieverue and Glenmore, to ensure they can benefit from the new greenway. Mr McKeown said Kilkenny Leader Partnership are being engaged on this.

Mr McKeown also confirmed that a business development executive is to be appointed to help identify opportunities – such as for cafés, bike hire, B&Bs. A job spec for this position is currently being finalised, and this person is expected be in place before year end. There has already been plenty of interes.

“So that person will assist and optimise business opportunities on the greenway,” he said.

Cllr Tomas Breathnach said there had been previous talk of an open day with regard to development of businesses along the route. With current restrictions in place, he said the consultation would have to be imaginative.

Mr McKeown confirmed that it had been part of the brief that the appointed person would have to be imaginative in terms of engagement and consultation.

As regards funding for the project, €8 million has already been confirmed from the Department, but applications are also being made to Leader companies in both Kilkenny and Wexford for interpretative signage. Wexford has made an additional application to Wexford Leader Company for the illumination of the Mountelliot Tunnel, which will be one of the major features of the 24km-long route.

There is also an eagerness to put a programme in place aimed at the community and social development potential of the new amenity.

LINK
Cllr Fidelis Doherty asked if there was any plans being considered for the Rosslare to Waterford Greenway, and any plans for parking provision at Belview, given the ultimate plan is for a link to the Kilkenny Greenway.

Mr McKeown said the Waterford-Rosslare Greenway was only at pre-planning at this stage, while the Kilkenny scheme already had planning. The former will require at P10 application to An Bord Pleanala because an Environmental Impact Statement was required.

He said Wexford had not considered the number of caparks needed yet and that situation was not clear at this stage.