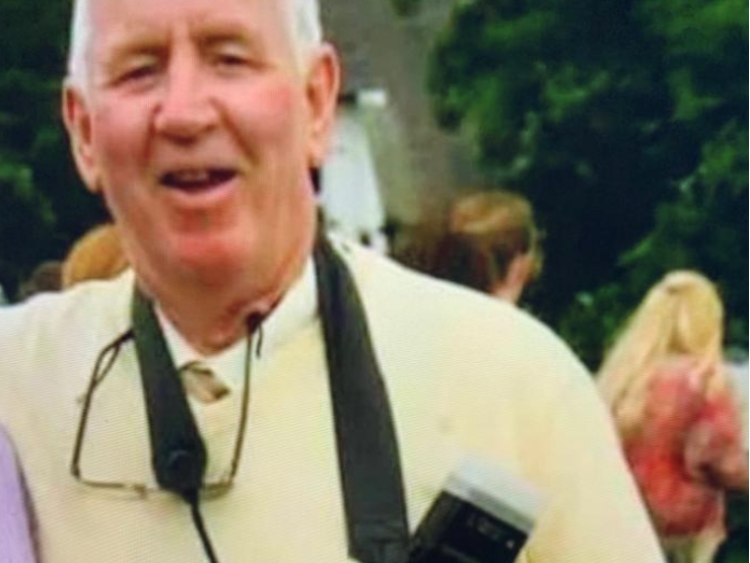 Tributes have been paid to the late Charlie Maher, a family man and well-known photographer from South Kilkenny who died on Wednesday.

Described by all who knew him as a true gentleman, Charlie worked with the Kilkenny People for many years, covering a wide variety of different events. He had a great and enduring love for the outdoors, and his knowledge of South Kilkenny was unsurpassed. In earlier years, he had been a master glassblower with Waterford Glass.

Originally hailing from Hugginstown, Charlie lived in Bigwood with his wife Mary Bridget (MB) in recent years. He passed away peacefully at home surrounded by his loving family, after an illness borne with great dignity and bravery.

Editor of the Kilkenny People Brian Keyes described Charlie as 'one of the finest representatives any newspaper could have in an area'.

"Charlie Maher was a true gentleman, great company, you would never meet a person more obliging than Charlie," he said.

"Many's the day I spent in his car, going around on a meet and greet and taking pictures with him amongst his own in south Kilkenny. Charlie championed the south, its people and its places. On those journeys I learned of his love of family and his place, Bigwood. His passion for sport, gaelic games and in particular the big ball, shooting, the hounds. Charlie was at one with the countryside.

"He was a freelance photographer for this newspaper for many years, a late vocation to the trade but a true professional who was willing to work with people to make sure he got the picture that would work for the newspaper. His contacts and allegiance to this title ensured we had one of the finest representatives any newspaper could have in an area. To his wife MB, and his entire family, my sincerest sympathies."

"Charlie was a lifelong pioneer, he gave freely to this association and also to his church of St Paul's, a few yards from his beautiful family home, there, he was a Eucharistic Minister assisting the priest there, in the administering of the sacraments of holy communion, but above all this, was his family that received his greatest and loyal attention," writes Sean.

"He loved them dearly, MB and Charlie were inseparable, they lived a great life together and enjoyed and were blessed with grandchildren in later life. Their home was open to all, Charlie helped in the community, set up a youth club, ran a local grocery shop, reared cattle and grew vegetables - I could go on."

Charlie's removal will take place on Friday, October 23, walking from his home at 11.45am to Saint Paul's Church, Bigwood, arriving for Requiem Mass at noon followed by burial in the adjoining cemetery. Those wishing to leave a message of condolence for Charlie's family can do so at RIP.ie.

Due to HSE guidelines the Funeral Mass and burial will be private to the immediate family and close friends. We suggest using the online condolence page at RIP.ie as an option to offer your sympathies. Thank you for your co-operation and consideration at this difficult time.