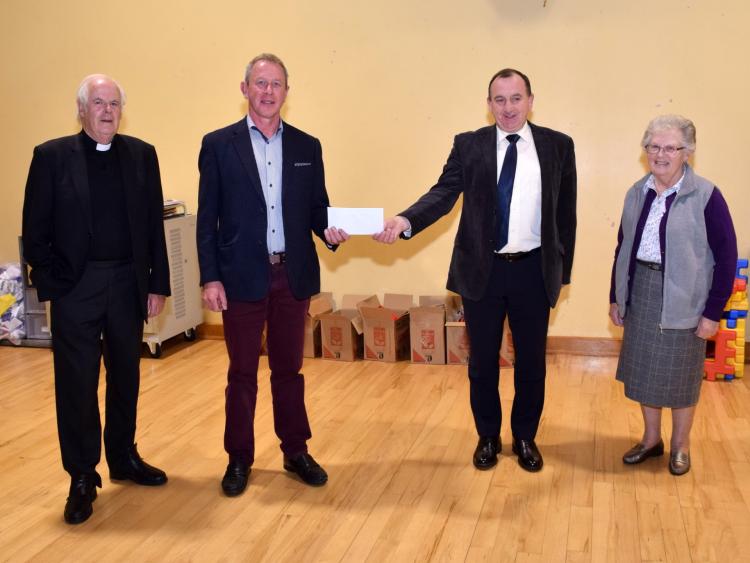 Congratulations are in order for Mark Connolly, principal of Piltown National School, who has retired after 11 years in the role.

Mr Connolly started school there as a student in 1971. He returned after college in 1987 as a national school teacher and later he became principal in 2009. Over the years, he has been involved in the parish schools hurling, camogie and football since his appointment to the teaching staff at Piltown NS in 1987.

He was also attached to many sporting clubs in the parish, as well as Piltown GAA club, and the athletic club in Carrick-on-Suir. He also enjoys cycling and takes long cycling trips.

Mr Connolly was also a committee member of the renovation of the old Piltown creamery which now houses a number of local business units.

At a small socially distanced retirement event, Fr Pascal Moore spoke highly of Mr Connolly and wished him well in his retirement. Presentations were made on behalf of the parish finance committee and the Piltown NS Board of Management.