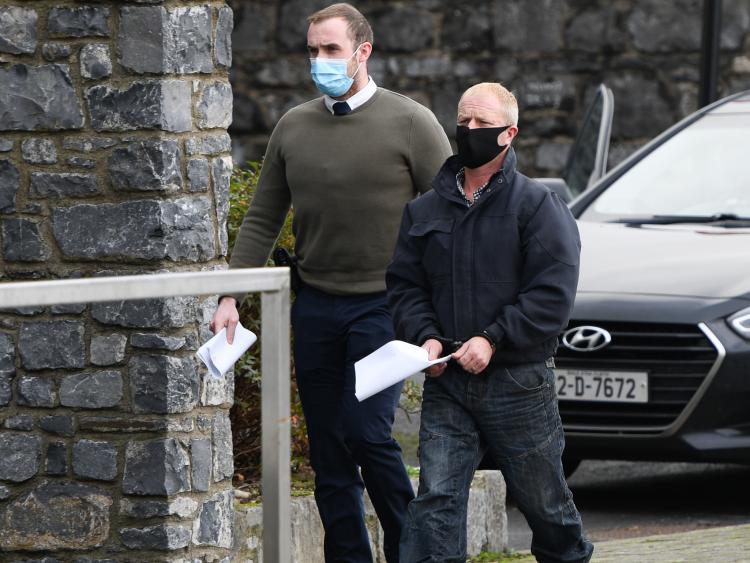 A man accused of burning a Covid isolation unit and threatening to damage another property at the Wetlands Halting Site was refused bail at Kilkenny District Court.
Jimmy Carthy senior, Bay 7, Wetlands Halting Site appeared in court yesterday (Tuesday) charged with criminal damage on August 7 and attempted criminal damage on a date between August 7 and November 14 at Wetlands Halting Site, Kilkenny.
Detective Garda Edward Laffan gave evidence that he arrested the defendant at The Wetlands, Kilkenny on November 16. The defendant was conveyed to Kilkenny Garda Station where he was charged with the alleged offences.
Solicitor Chris Hogan applied for bail on behalf of his client and gardaí objected to bail due to the seriousness of the alleged offences.
Det Gda Laffan said that it would be alleged that Jimmy Carthy Senior burned down a Covid isolation unit, which had been put in place by Kilkenny County Council for any outbreaks of Covid-19.
Det Laffan said it is alleged that the defendant’s sister, Tracy Carthy told gardaí that she had witnessed her brother Jimmy Carthy (44) burning the building.
The detective also told the court that according to Kilkenny County Council it is alleged that €30,000 worth of damage was caused.
“Subsequent to the arson attack on the Covid unit Tracy Carthy said that he (the defendant) threatened that he would burn her chalet down.
“On November 11 Tracy Carthy’s chalet was burned down and that matter is under investigation,” said the detective who added that the gardaí have ‘serious concerns for the safety of Tracy Carthy.
“Due to the serious nature of the damage to the chalets we have concerns that someone may be seriously injured or fatally injured. We also have concerns regarding the intimidation of a witness,” added the garda.
Solicitor Chris Hogan said that approximately 100 members of the Carthys live at the Wetlands Halting Site.
“Jimmy Carthy denies causing the fire or the criminal damage and denies making threats of criminal damage. There are no forensic reports before the court as to the cause of the fires.
“Jimmy Carthy was clear in his interview with gardaí that no threat was made and he said that he has no difficulty with Tracy Carthy,” added Mr Hogan.
After considering the totality of the evidence Judge Geraldine Carthy refused the bail application and based this refusal on the seriousness of the alleged offences.
She remanded the defendant in custody to appear via videolink next Monday (November 23).