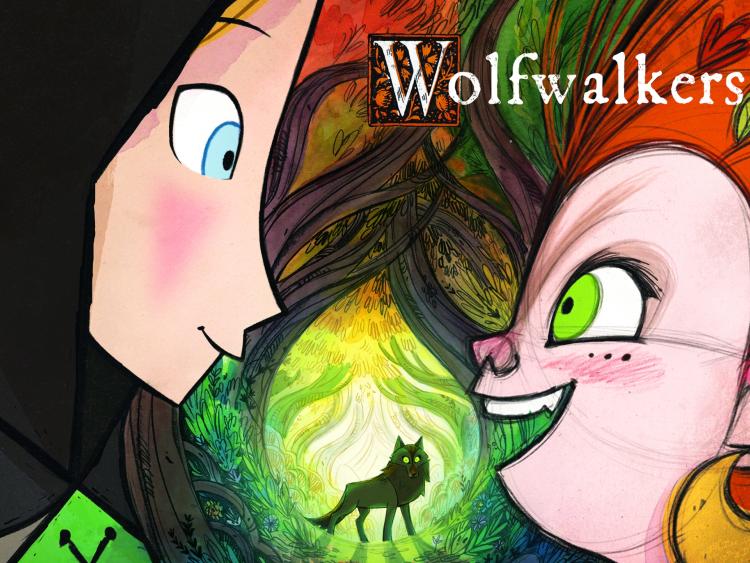 WolfWalkers: The Exhibition, is the third collaboration  between the Butler Gallery and the Kilkenny-based animation studio Cartoon Saloon.

The exhibition which is now open at Butler Gallery is an exhibition response to WolfWalkers, Cartoon Saloon’s new film due for global release on Apple TV on December 11 and in Irish cinemas this week.

Visit the exhibition to enjoy a behind the scenes view into animated movie making through core working drawings and key cast members, including some very well-known faces!!

The exhibition was designed by Steven McNamara of Roji, curated by Butler Gallery and made possible by the talented artists at Cartoon Saloon and includes core working drawings and backgrounds, and will highlight the strengths and messages of this animated film whose story offers conflict, humour, pathos and resolution and is centered in medieval Kilkenny in 1650.

In a time of superstition and magic, when wolves are seen as demonic and nature an evil to be tamed, a young apprentice hunter, Robyn, comes to Ireland with her father to wipe out the last pack. But when Robyn saves a wild native girl, Mebh, their friendship leads her to discover the world of the WolfWalkers and transform her into the very thing her father is tasked to destroy.

The most famous shape-shifters in Irish myths are the man-wolves of Ossory. These shape-shifters were the descendants of Laignech Fáelad, the ancestor of the Kings of Ossory, whose medieval realm included most of County Kilkenny and County Laois.

WolfWalkers focuses on the conflict between individuals who seek to dominate nature and people who want to live in harmony with it. The former see themselves as masters of a land they’ve subdued, whereas the latter share a place in the natural world. That conflict is embodied visually in WolfWalkers: The Exhibition in the contrast between the rectilinear buildings of Kilkenny and the sensually curving vegetation in the forest, a division that extends to the lines used to draw them.

As with previous collaborations with Cartoon Saloon, Butler Gallery will deliver an extensive programme of public engagement for adults and children and will include walking and drawing tours of Medieval Kilkenny and local forestry with Cartoon Saloon animators, art and biodiversity workshops for adults and children, a talk series with the film directors, historians and environmentalists which will be live streamed online, online tours of the exhibition, an Animator-in-Residence and much more!

The exhibition will run until March 2021.

The Butler Gallery has re-opened to the public and admission is free. For more see www.butlergallery.ie