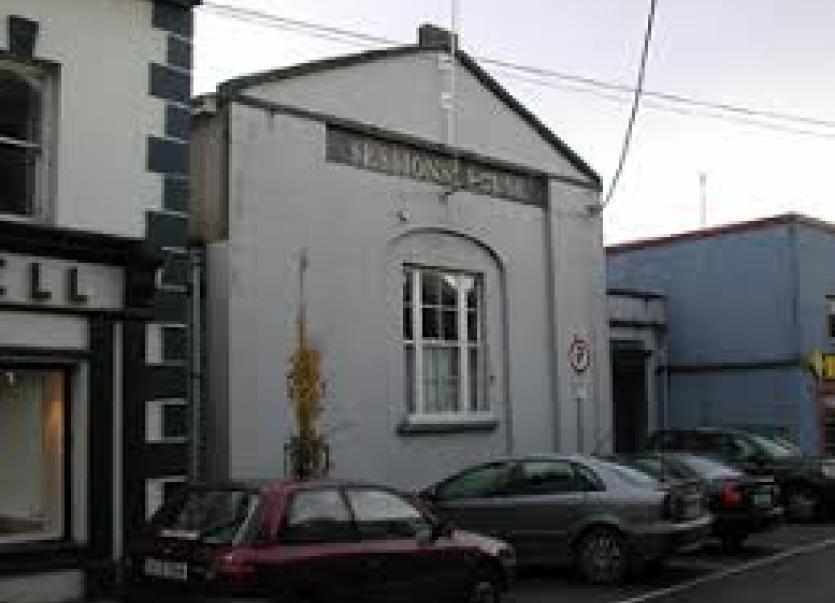 Former court house in Thomastown, the Sessions House, is located on Logan Street

The wall of a 13th Century house, the town well from the 1800s and the old cobbled streets of Thomastown have been unearthed.

The significant discoveries were made during essential roads works being undertaken by Kilkenny County Council in recent months in the Low Street and Logan Street areas.

At the recent meeting of Callan Thomastown Municipal District councillors, Area Engineer Declan Murphy revealed the significant discoveries, and said a full report will be made available when works are completed.

Currently the discoveries are being recorded and preserved and information is being sent to the National Monuments Service.
Cllr Deirdre Cullen noted the work is slow but this is necessary to preserve the finds. She commended all involved for their respect for the heritage of Thomastown.
Cllr Cullen said the people of Thomastown will be delighted to see a full report.