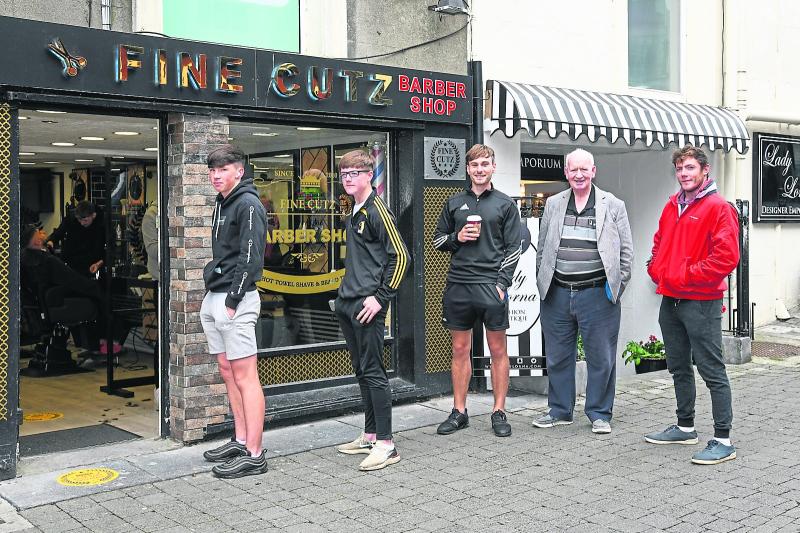 Masses returned, small gatherings were allowed, and businesses reopened after long weeks of severe restrictions, and the summer began.

There was some good news with the announcement of a €2.5 million fund to boost Kilkenny’s rural industry. The grant aid investment in small businesses and community groups aimed to support the recovery of the county as it emerges from the Covid-19 lockdown.

A spell of hot weather saw people head to the county’s swimming spots. During the hot weather gardaí received numerous complaints in relation to the volume of people attending at Poulanassy Waterfall in Mullinavat, and had to turn people away on occasion.

There were lengthy queues at the drive-thru of McDonald’s in Kilkenny as it reopened, people returning in droves to get their Happy Meals.

A nationwide Water Conservation Order — commonly referred to as a ‘hosepipe ban’ — came into effect. The order from Irish Water had to be issued in a bid to safeguard water supplies for essential purposes.

Concerns
There was strong opposition to a proposal to develop a new seven-block, 120-unit housing project in the Sion Road area of Kilkenny City, with local councillors expressing their concerns at their monthly meeting.

Someone was spotted using a jetski on the River Nore in the middle of Kilkenny City, prompting Cllr Eugene McGuinness to raise the matter at a city council meeting. He described the activity as ‘dangerous’ for other water users, and said it was disturbing wildlife.

Kilkenny got a new Mayor, with the election of Cllr John Coonan, while Cllr Andrew McGuinness was elected as the new chairman of Kilkenny County Council.

In one of his first official engagements, Cllr Andrew McGuinness accepted a large donation of Personal Protective Equipment from Taiwan. Among the materials donated were 2,000 medical masks, infrared forehead thermometers, gowns, goggles, and medical gloves, with the equipment to be distributed to community hospital facilities here.