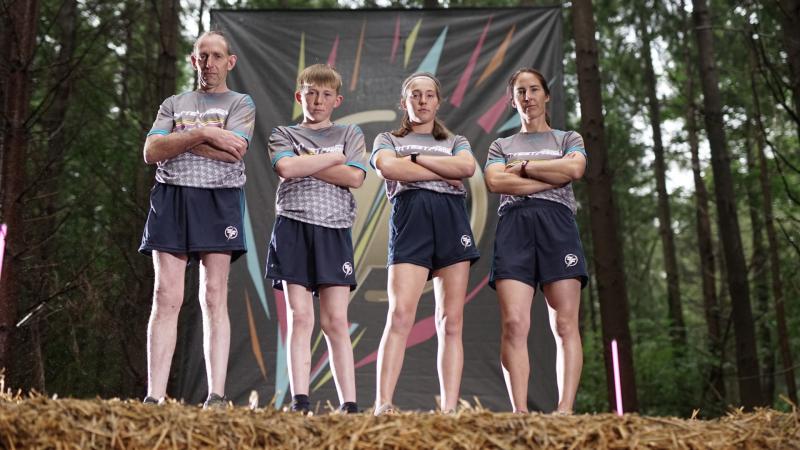 A Kilkenny clan will be determined to prove they are Ireland's Fittest Family this weekend.
The Codys from Kilkenny will test their mettle when they tackle some of Ireland's toughest endurance challenges. Coached by Wexford hurling manager Davy Fitzgerald, who personally picked the family from the line-up, they will go up against three other families in the second episode of the new series of Ireland's Fittest Family.
The show, which will be aired on RTÉ One on Sunday at 6.30pm, will see the Codys take on families from Kildare, Tipperary and Meath in tests of muscle endurance, speed and agility.
Pat Cody (55) is an assistant racehorse trainer. He loves hurling and watching any sport. He runs his own stables and has passed on his passion for horses to his children.
Paddy Cody (14), a third year student, lives for horseracing and aspires to be a champion jockey someday. He breaks in ponies for people and loves the challenge of riding "mad ones".
Emily Cody (19) has just finished school and is hoping to do veterinary in college. She plays Gaelic football, running, show jumping and rides out racehorses as well. Her family describe her as "dangerously competitive".
Debbie Cody (42) works breaking in horses.A former amateur jockey who rode winners, beating Ruby Walsh on occasion, these days she enjoys running, Gaelic football and competing horses.
This year's series of Ireland’s Fittest Family was filmed over the course of three weeks in August at the new hub at Hell & Back in Kilruddery, Co Wicklow. Each year, the competition begins with a group of families, all of whom will be put through extreme endurance challenges in locations around the country, from steep sand dunes to airports to Irish bogs and a 180-metre ski slope.
This week's episode sees the Codys join three other families in The Forest. Set in the midst of a very angry Storm Frances, the show features challenges such as Back Against The Wall and Fast & Furious, an Ireland’s Fittest Family favourite.
The four families face Back Against The Wall with the family with the lowest combined time leaving the competition immediately. This time trial is a test of muscle endurance that burns every muscle in the legs with the quads feeling the most serious impact from the event. 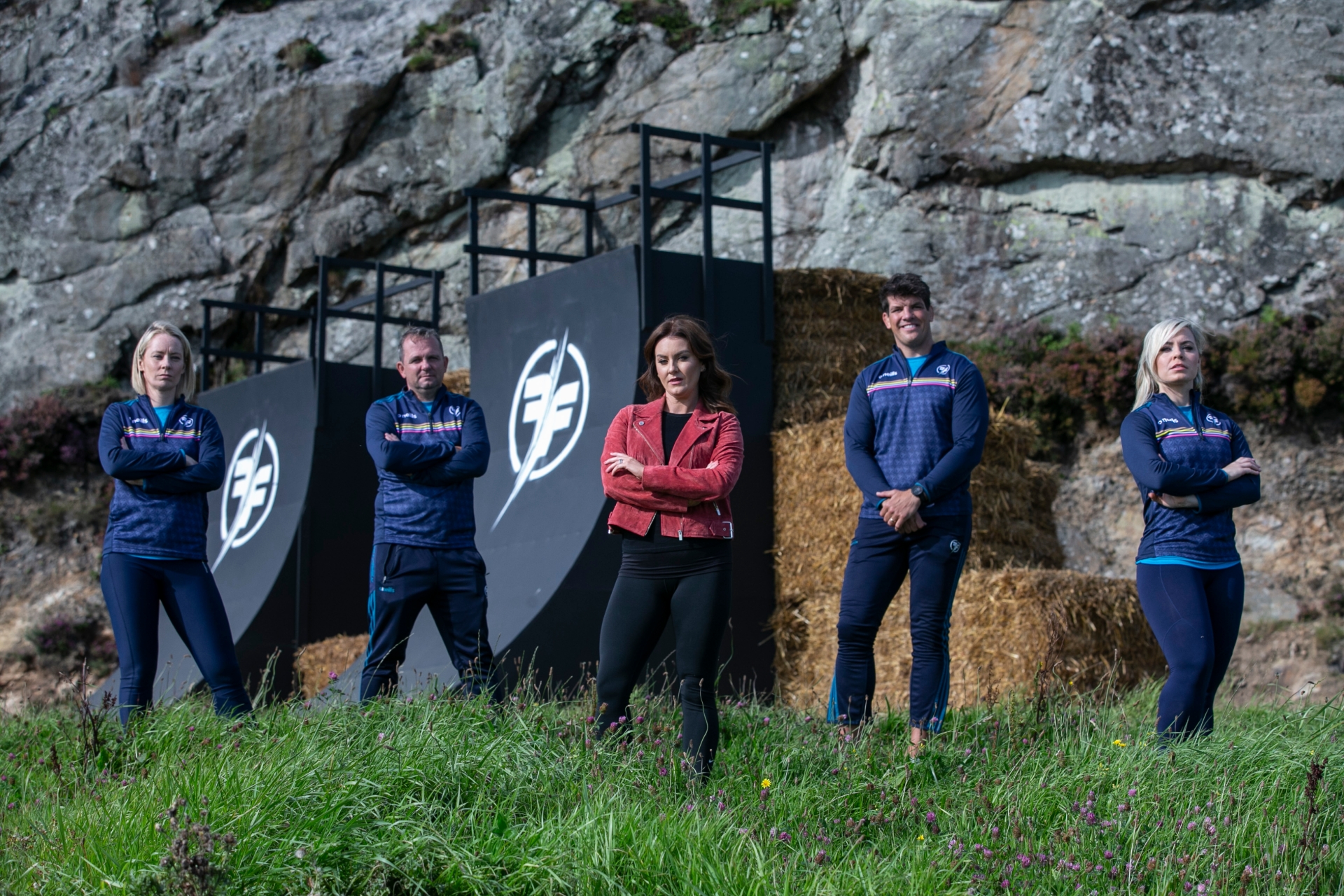 The four family members must hold a seating position at a 90 degree angle with their backs firmly against the wall. Monitored by fitness expert Paul O’Donovan, the clock stops when they drop out of position. Each family member’s time is then added together. The family at the bottom of the leaderboard is eliminated, so every second counts.
The three remaining families face Fast & Furious, a test of speed, agility and endurance. It’s a head to head 300m relay race jumping over hay bales, taking on a balance beam, rounding a barrel before sprinting back to tag in the next members of their team.
Once all family members have completed their run, all four must run the the length of the course up and down and climb back into their starting position. The first family standing up on their hay bales wins the race and makes it straight through to the quarter-finals.
The final two families to battle it out in the eliminator for one more place in the quarter-finals. The eliminator starts deep in the forest with each of the families jumping off hay bales before collecting a log and then running through the forest.
They drop the log before facing the cargo net crawl. Then it’s on to a set of tyre obstacles that will push them to the max. Then they must sprint 200 metres through a cornfield carrying a second log. As if that wasn’t enough the ice cold plunge baths await. Once they are through that they face the Irish table. Then it’s on to the massive ramp - the family who makes it to the top of the ramp first wins the race making it through to the quarter-finals.
Now in its eighth series, Ireland's Fittest Family is hosted by Mairead Ronan. Returning this year to coach the families to victory are Davy Fitzgerald, Anna Geary, Derval O’Rourke and Donncha O’Callaghan. All of the coaches are as competitive as ever, with their eyes fixed on the coveted winning title.