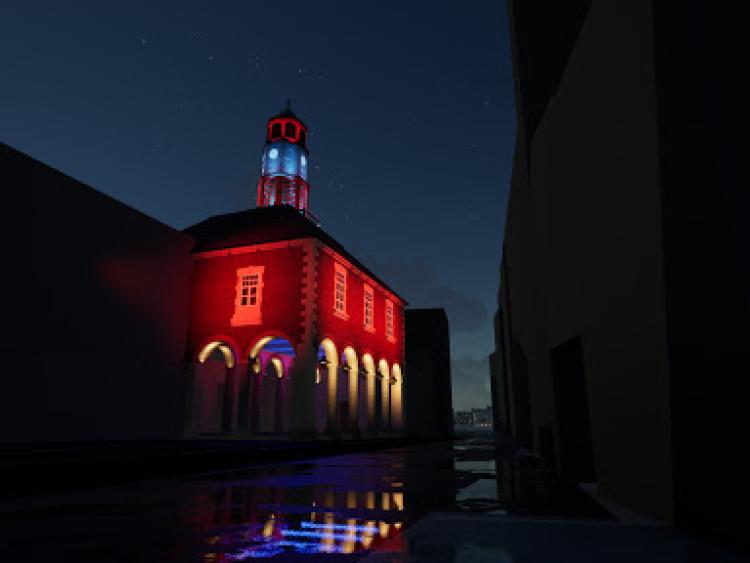 Key historic structures in the city may benefit from LED feature lighting which would enhance their features and the overall attractiveness of the city.
Area engineer, Ian Gardner made a presentation to members at a recent meeting of the Kilkenny City Municipal District.
The structures that are being proposed to be included are: John’s Bridge, The Thosel (pictured above), Grace’s Castle, Rothe House and St Canice’s Cathedral.
Mr Gardner told the members that the lighting will ‘light up the features as opposed to the whole building’ and would be visible from miles away.
The city engineer also informed the members that he was awaiting contract documents and was looking for costings and was expecting to receive them shortly. The council will have to fund 25% of the project cost.
Cllr Eugene Mc Guinness (Ind) said that it was ‘a fantastic idea’.
“We have a beautiful historic city. It is a project well worth examining. Overall it is a very worthwhile proposal.”
Cllr Maria Dollard (Green Party) said that the proposed lighting ‘would be a great asset to the city and would make those heritage features pop’.
Cathaoirleach of Kilkenny County Council, Andrew McGuinness also welcomed the proposal.
“We have been talking about lighting up our historic buildings for a long while. It is great to see it coming to fruition,” he said.
Cllr Joe Malone {Fianna Fáil) also lent his support to the project and said tht he would like to see more the historical landmarks in the city lit up.