Cllr Michael McCarthy: Removal would be regrettable, but may be no other option if ‘soul destroying’ illegal dumping continues 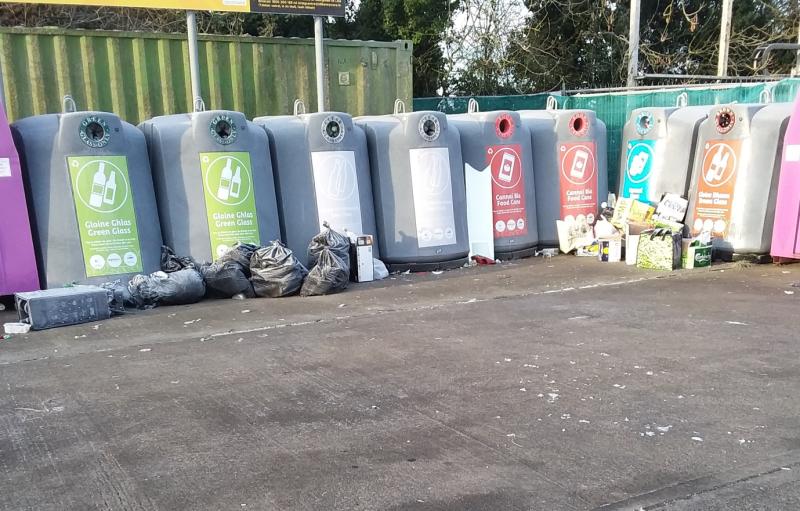 The bring bank in Urlingford recently

A North Kilkenny councillor has expressed his frustration at repeated illegal dumping at the bring banks in Urlingford, and fears the facility may be removed if the pattern of offending continues.

Such is the extent and frequency of the dumping, the costs to the council are surging. Cllr Michael McCarthy says he is extremely disappointed at the level of dumping taking place at the bring banks.

“It is disgusting and totally unacceptable for the community to have to put up with this ongoing issue on a weekly basis,” he said.

“The absence of bottle banks in Urlingford for several years was resolved and thanks to strong support within the community a suitable site was identified after a protracted and lengthy search. This despicable behaviour albeit by a minority has cast a huge question mark over the facility. Kilkenny County Council say that this is one of the worst banks in the county.”

Cllr McCarthy says that he is particularly sorry for the members of Urlingford Tidy Towns who do great work in the locality and are continually trying to improve appearances in the town and surrounding area on a voluntary basis.
Soul destroying

“It must be soul destroying for all in the group to see this level of abuse,” he said. “The people of Urlingford are very proud of their town and it’s not good enough that a very small percentage of people are causing these problems.

“If these issues persist at the same levels as at present the county council may decide to remove the bottle banks completely. This would be regrettable but there may be no other option. Let’s hope it doesn’t come to that.”