Thank you: Organisation which supports older people extends thanks to Kilkenny locals for generosity 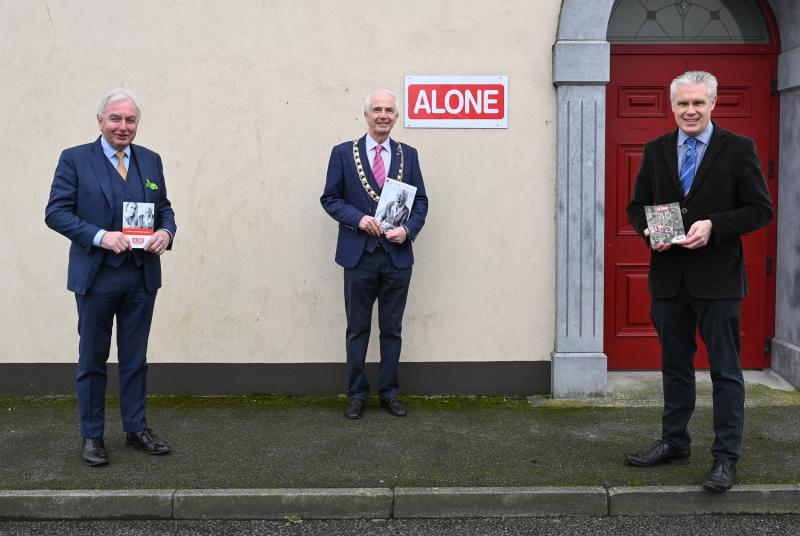 A local initiative to raise vital funds for ALONE, the group that supports older people, managed to bring in more than twice its target after an outpouring of generosity from the people of Kilkenny.

The charity has thanked Mayor of Kilkenny John Coonan, Kilkenny County Council and Fran Grincell for their support through the novel Christmas initiative.

Mayor Coonan kickstarted the initiative with an appeal to the general public of Kilkenny coming into the winter. He reflected that Christmas 2020 was going to be a major source of mental stress, financial stress and would affect the well-being of many adults and children in Kilkenny.

The mayor said that by making a donation to the Christmas appeal, Kilkenny people would be helping to raise vital funds for a charity that he believed would be most fitting for receiving support.

To tie in with the Mayor’s Fund, local auctioneer, Fran Grincell set up an iDonate page and organised a charity ‘Kick-a-thon’ where he kicked a football against the green container in Dean Street carpark for two weeks in December, from 6.30-7.30pm every night.

Fran’s initial target was €5,000 with all proceeds going to the Mayor’s Fund. He managed to raise an astonishing €13,750 thanks to the generosity of the Kilkenny public.

“At ALONE, we work to support and empower older people throughout Ireland and within our communities,” said Seán Moynihan, CEO of ALONE.

“This local support is reassuring to the older people of Kilkenny that their community is supportive of them receiving assistance from ALONE when they might need it. These funds will enable us to expand our Telephone Befriending with Support service and will help us to provide more services that enable older people to remain living independently at home for longer.”

ASTONISHED
Mayor John Coonan said he was astonished at the generosity of the Kilkenny public during difficult times.

“It really shows the high esteem that the general public holds for the ALONE service in Kilkenny,” said the mayor.

“The organisation has been fantastic in supporting the most vulnerable people in our community. I would also like to commend Fran Grincell for his incredible efforts in raising such a large amount of money which will greatly assist ALONE in delivering key services to older people in Kilkenny.

CONTACT
You can contact ALONE if you have concerns about your own wellbeing, or the wellbeing of an older person you know. Their National Support Line is available seven days a week from 8am to 8pm on 0818-222024. Further information can be found on www.alone.ie.