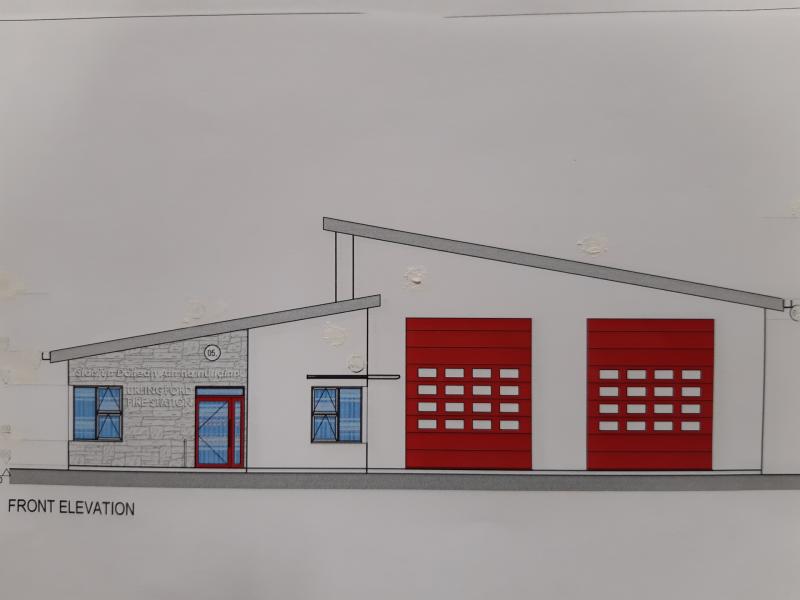 Plans for the new fire station

Plans for a state-of-the-art new fire station for Urlingford are set to go on display for public consultation over the coming weeks.

The proposed new site is adjacent to Urlingford Garda Station and across the road from the existing station. At the February meeting of Kilkenny County Council, Chief Fire Officer John Collins outlined the plans to develop the new fire station.

The new design is to incorporate a two-bay station with a training yard, lecture room and staff facilities, specific training installations include a drill tower, an underground water tank and a breathing apparatus compressor room. The project received €1.7 million funding as part of the national investment plan.

Welcoming the proposed development Chairman of the Castlecomer Municipal District Cllr Michael McCarthy has thanked all those involved in the preparation of plans and in the delivery of funding for this much needed project.

"With a growing population this timely announcement of €1.7 million for the provision of a new fire station for Urlingford is a terrific boost for the town and surrounding areas," said Cllr McCarthy.

"The present fire station is old and has served its purpose, a new modern station is a requirement, and I am delighted to see the project become a reality. The new state-of-the-art facility has been warmly received by the local fire personnel, business sector, and all in the community.

"I would like to acknowledge the support, help and co-operation of my colleague Cllr Mary Hilda Cavanagh who has been very proactive from start to finish."

Cllr Cavanagh acknowledged the work of many in arriving at this point in the process as plans have been in preparation for a new station in Urlingford for many years.

Kilkenny County Council’s Fire Service recently secured funding in the amount of more than €8 million for the construction of two new fire stations together with a funding allocation for a new fire engine.  This is a significant investment in the continued improvement of the existing fire stations and fleet of emergency vehicles within the Kilkenny Fire & Rescue Service.

The old fire station in Urlingford had been in operation since the early 1970s and requires replacement as the existing station is limited to cope with the demands of a modern fire and rescue service.

CITY
While plans for Urlingford fire station now move to public consultation at www.consult.kilkenny.ie, the process to select a site for the development of a new fire station for Kilkenny City will continue to site selection to provide a site and station to ensure a robust service for Kilkenny City and environs long into the future.