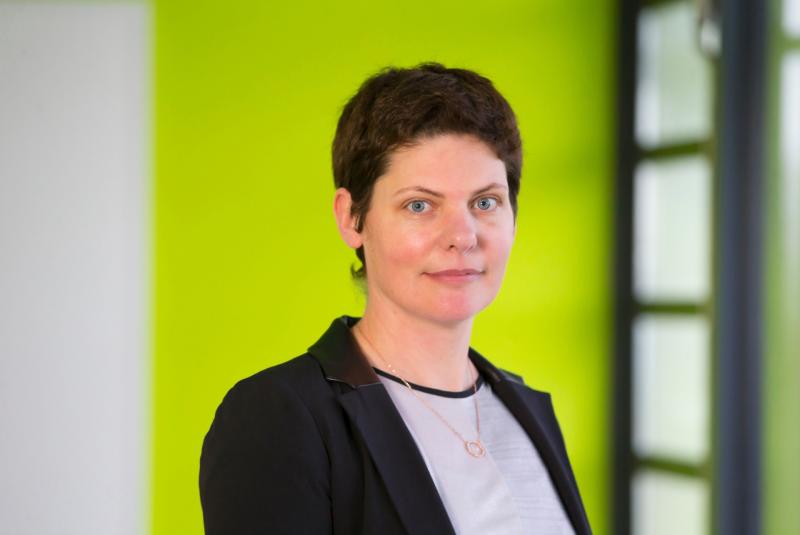 A Kilkenny researcher is part of a ground-breaking new project that has been awarded €4.4 million in EU funding to develop a ‘living brain implant’ that senses and treats an impending epilepsy seizure.

Dr Deirdre Kilbane, who resides in Kilkenny City, is a senior research fellow at Waterford Institute of Technology’s Telecommunications Software & Systems Group (TSSG) and a member of the new ‘PRIME’ project, which is working on an innovative diagnostic-therapeutic treatment for sufferers of epilepsy and other neurological diseases that will implant engineered biological cells in the brain to act as bio-computers to treat and suppress impending seizures.

‘PRIME’ will see the Waterford team collaborate with six other partners, including FutureNeuro, the SFI Research Centre for chronic and rare neurological disease hosted at RCSI University of Medicine and Health Sciences. The project was awarded funding of €4.4m under the EU’s Future and Emerging Technologies (FET) programme, making it the first ever FET programme project awarded to an Irish Institute of Technology.

Winning this funding is a significant result for TSSG and will allow the PRIME research team, which also includes Dr. Sasitharan Balasubramaniam, Frances Cleary and Dr. Hamdan Awan, to build on their expertise in molecular communications and computing by applying it to future generation bio-implantables. The FET programme, funded under the EU’s research and innovation initiative, Horizon 2020, invests in transformative research and innovation with a high potential impact on technology to benefit our economy and society.

The Waterford-based research aims to provide a diagnostic-therapeutic treatment for epilepsy and other neurological diseases by developing technology that could suppress chronic and recurring seizures, allowing epilepsy sufferers to perform jobs that some are currently restricted from doing, such as driving heavy goods vehicles, flying a plane or working near open water or at heights.

During the four-year project, which commenced on 1st February, the research team will capitalise on a significant breakthrough discovery by FutureNeuro collaborators Professor Jochen Prehn and Professor David Henshall, who discovered that increases in transfer RNA (tRNA) fragments – a type of molecule found in the blood of epilepsy sufferers - precede seizure onset in some patients. By understanding the role of tRNA in predicting seizure onset, the multidisciplinary team will aim to develop a biological brain implant that will detect spikes in tRNA and then respond with a seizure-suppressing treatment.

Unlike previous implanted devices to treat neurological diseases, which offered ways to interrupt seizures in drug-resistant epilepsy patients only after they began, the pioneering treatment developed at TSSG holds the potential to transform the lives of epilepsy sufferers, to the point where they won’t even be aware that they were in danger of having a seizure.

Use of engineered biological cells in the revolutionary technology means the implanted device won’t have any electronic-based components that require an energy supply, as was often the case with earlier brain implants made from non-organic material. The implants to be developed by the PRIME team can also be personalised, using Artificial Intelligence, to accommodate the different types and levels of seizures experienced by individual epilepsy patients.

“Imagine a life without seizures. PRIME aims to achieve this by developing a brain implant that prevents seizures in patients who suffer from neurological disorders.”

“The initial focus of the research team will be the detection and treatment of epilepsy, though the project does offer the potential to also treat other neurodegenerative disorders, including Parkinson’s Disease and certain types of cancer, going forward.”

The multi-disciplinary project will see the Waterford team join forces with researchers at the Royal College of Surgeons in Ireland, the  University of Ferrara in Italy, the University of Aarhus in Denmark, Tampere University in Finland and private companies EPOS-Iasis Research and Development Ltd in Cyprus and Omiics AS in Denmark.

David Henshall, Director of FutureNeuro and Professor of Molecular Physiology and Neuroscience at the RCSI, added:

“The PRIME project represents the very best of FutureNeuro research, taking a discovery in patients and working with cutting-edge teams in Ireland and abroad to develop what could be a transformative new technology to provide better seizures control."