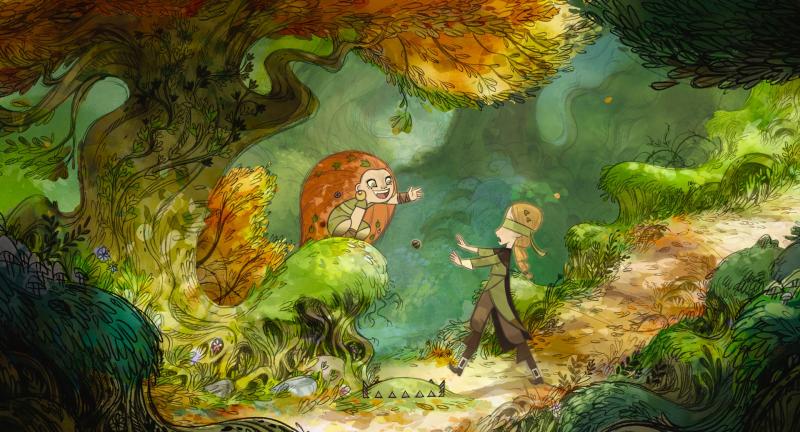 Hopes are high across Ireland that Kilkenny-based animation studio, Cartoon Saloon's latest feature, Wolfwalkers will win a Golden Globe at the ceremony which takes place later today in Hollywood.

The film which is set in medieval Kilkenny is nominated for Best Motion Picture - Animation.

Speaking about the nomination, co-directors Tomm Moore and Ross Stewart said “We would like to thank the HFPA for nominating Wolfwalkers for a Golden Globe award - we are delighted that this Irish story is so well received by audience, fans and critics from all over the world and the teams behind Wolfwalkers from Ireland, Luxembourg and France are honoured to be nominated alongside the best animated features of the last year. While we would love to be in Hollywood to celebrate the Golden Globe award ceremony, we will likely be in a socially distant safe celebration here in Kilkenny - as Bill Goodfellowe would say "It's for our own good".”

Wildcard will be re-releasing Wolfwalkers in cinemas when they reopen in Ireland and the UK.

Wolfwalkers follows Robyn Goodfellowe, a young apprentice hunter who journeys to Ireland with her father in a time of superstition and magic to wipe out the last wolf pack. While exploring the forbidden lands outside the city walls, Robyn befriends a free-spirited girl, Mebh, a member of a mysterious tribe rumored to have the ability to transform into wolves by night. As they search for Mebh’s missing mother, Robyn uncovers a secret that draws her further into the enchanted world of the “Wolfwalkers" and risks turning into the very thing her father is tasked to destroy.

Since its world premiere at the 45th Toronto International Film Festival last year, it screened at the prestigious BFI London Film Festival to great critical acclaim, it opened as the No. 1 film at the Irish Box Office and has won numerous awards including Best Irish Film Award by the Dublin Film Critics Circle and the Best Animated Feature Award at four of the top US Film Critic Circle Awards – New York, Boston, Chicago and Los Angeles.  Variety has tipped it as one of the front runners for the Best Animated Film Oscar® later this year.