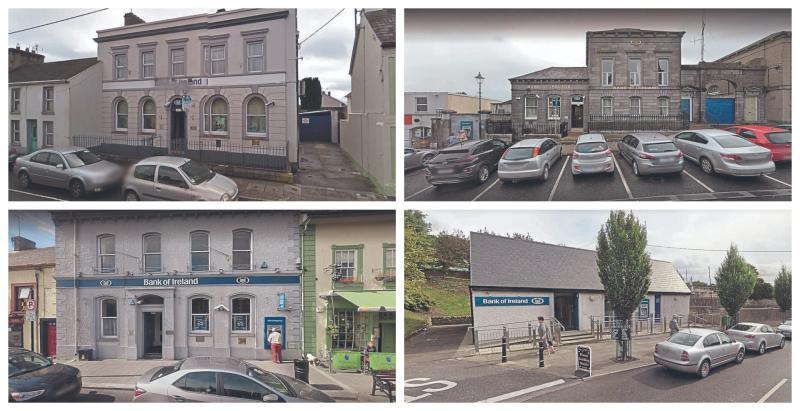 Chair of the Oireachtas Finance Committee John McGuinness is urging Bank of Ireland to reconsider its plans to close 88 branches in the Republic of Ireland, including four in Kilkenny, until a full plan is agreed with the Government.
Deputy McGuinness has described the current situation as ‘farcical’ . He says there appears to be no plan for revising the banking landscape in the coming years, which was to the detriment of small businesses, farmers and rural communities.
Bank of Ireland announced this week that is closing 88 branches in the Republic of Ireland including branches in Graignamanagh, Callan, Urlingford and Thomastown leaving just two branches remaining open in Kilkenny — the city and Castlecomer. The affected branches are due to close in September.
Bank of Ireland has outlined a new partnership with An Post which will offer customers access to a range of banking services including withdrawing cash and making cash and cheque lodgements.
However, Deputy McGuinness has met with postmasters and says that the post office network are ‘sceptical’of Bank of Ireland’s proposal.
Also noting the significant properties involved, the local TD says Bank of Ireland should reconsider until local authorities are informed of the plans that they have for each building they own.
“Likewise for Ulster Bank in Kilkenny — it is a building that is important,”he said.
“The call I’m making is they would stand back from closing, and engage with the government to determine a longer process and work on this.”

“Local communities are being deprived of these services because they are being allowed to close down, and then its ‘online banking’ but there’s no broadband in some of these areas. It’s farcical,” he said.
Deputy McGuinness says a community banking model should be considered. The Fianna Fail TD says there are a lot of problems with the banking sector, and what is needed is a combination of restructuring the post office network for the government to provide a public service.
All it would need, he says, is government funding to ensure there is a viable third and fourth pillar of banking to compete.
“Successive governments have brought about this situation. They have overseen this,” he said.
“I’ve raised it in the Dáil and will be raising it again. The whole issue for rural Ireland is at a crisis stage. There is no plan for revising how the banking landscape will look over the next ten to 15 years. Ordinary small businesses, farmers are being negatively affected as a result. It is wrong,” he added.
Meanwhile North Kilkenny county councillor Pat Fitzpatrick branded the closures as ‘shameful’.
“It is shameful to hear of these closures for the people of rural Ireland,”he said.
“It is shameful that Bank of Ireland is turning its back on the people of rural Ireland who have supported them
“It is devastating and in North Kilkenny the closure of the branch in Urlingford will have a terrible impact on the town and the wider hinterland. It will affect local businesses,” he added.
PANDEMIC
Meanwhile SIPTU Organiser, Peadar Nolan said the closures came as ‘a complete bolt out of the blue’ and called on the bank to halt any plans to close these branches, particularly while people are trying to cope during the pandemic.