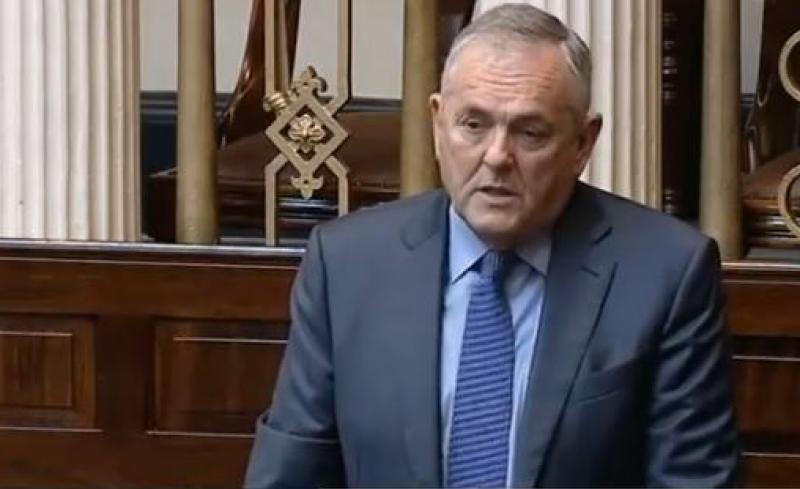 Local TD John McGuinness has strongly criticised the Department of Education over what he says is a lack of answers on a number of key questions relating to schools in Kilkenny.

Speaking in a Dail debate, Deputy McGuinness noted there was huge pressure for school places and availability here, and wanted to know about the Department's future planning for local schools. He said parents were being 'fobbed off', and it was simply not good enough.

"On the western environs of Kilkenny City there is a real sense that development is going on but the eastern environs should not be left behind," he said.

"The amalgamation of St John's school in the eastern environs and the provision of more secondary school spaces are both absolutely necessary. I contacted the Department on these matters but there is no plan for the future in place. I would like the Department to assess the school places that are available in Kilkenny. I would also like to see a plan for the future being brought forward.

"In terms of the availability of school places now, as parents look towards September, a significant number are under huge pressure. This has been going on for the past number of years in Kilkenny city in particular."

The Fianna Fail TD said there were not enough places and answers from the Department were not forthcoming.

"Parents are being fobbed off and it is simply not good enough," he said.

Earlier, Deputy McGuinness said he had sought information on a number of topics via PQ, but comprehensive answers had not been provided.

"For example, I asked about St Senan's National School in Kilmacow and a school in Ballyragget in the context of a change of status or an amalgamation," he said.

"If the information was given to Deputies who ask questions, that would relieve the pressure on schools and reduce the number of parents who are approaching Deputies to ask them to pose the questions in the first place. I have asked a number of parliamentary questions about these schools but have not received a comprehensive response and I am deeply disappointed by that.

"I also asked a question relating to the CBS primary school in Kilkenny in the context of a change of status and, again, the question was not really dealt with at all. The school is trying to plan for the future in what is a growing part of the city."