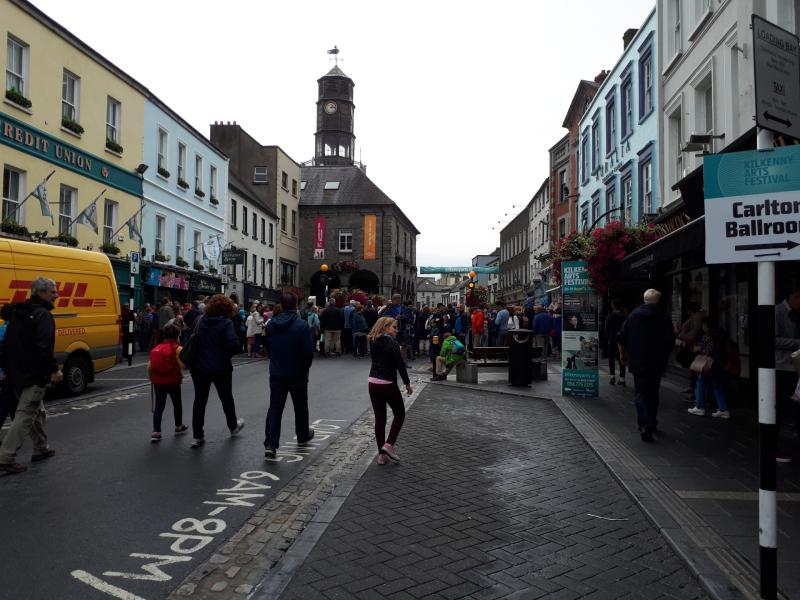 Minister for Heritage and Electoral Reform Malcolm Noonan has said the €18.1 million in URDF funding for projects in Kilkenny is evidence of this Government’s commitment to improving quality of life in urban centres, making them more accessible, inclusive and liveable.

"Funding for the ‘Enhanced Liveability’ and Abbey Quarter public realm projects demonstrates our support for Kilkenny’s ambition to become a ’10 minute’ city and where ‘placemaking’ is creating a new vibrancy within the historic centre," said the Minister of State.

• development of a new urban street with priority for pedestrians and cyclists, and an urban park and plaza
• construction of a boardwalk at Greensbridge, linking the River Nore riverside walk with the new Riverside Linear Park at the Abbey Quarter and onwards to the Canal Walk. It will facilitate and encourage cycling and walking to work from the adjacent residential areas
• repurposing of two retained maturation vats (following a design competition)
• Tea House - restoration and repurposing of the second smaller tea house as a public amenity
• Further refurbishment of the squash courts to serve as a cultural hub

This project will increase the attractiveness, liveability and connectivity of Kilkenny City centre for locals and visitors alike. It will transform the place by radically improving the streetscape and accessibility of the city centre, helping to knit together its constituent spaces and deliver the council’s objective of a compact ‘10-minute City’ and the most liveable urban centre in Ireland. The URDF will part-fund:

"Overall, I believe this funding can be a catalyst for regeneration, development and growth. It will also provide much-needed economic stimulus and job creation in Carlow, Kilkenny, Waterford and Wexford as our economy emerges from the depths of the pandemic," said Minister for Housing, Local Government and Heritage, Darragh O’Brien.

The projects were chosen after a rigorous assessment process, overseen by a project advisory board consisting of Government departments, State agencies and national and international experts in areas such as building, architecture and planning. In total, the department received 76 project proposals. Each local authority submitted at least one application.