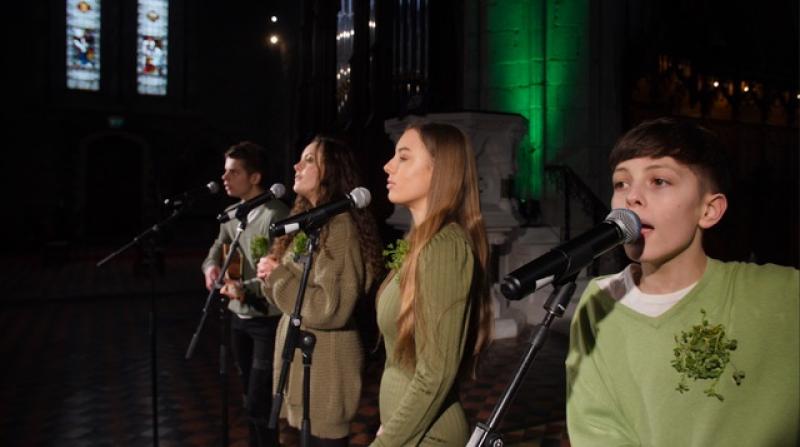 Dóchas  will form part of a 15-minute video performance by Burnchurch, which will debut as part the Kilkenny St. Patrick’s Day Festival Online.

The video was shot in various locations across Kilkenny and directed by Maitiú Ó’Casaide, himself a fine Uileann Piper (and former TG4 Young Musician Of The Year).

The new song “Dóchas” is wrapped around a version of the Irish hymn “Dóchas Linn Naomh Pádraig” which was arranged by the band's grandfather Seán for the then family of Na Casadaigh (of which their father Seathrún is a member).

Such was the effect of the arrangements and performances of the song that the then President Mary McAleese asked the family to join her on a state visit to Mexico where the arrangement was performed live in a tribute to the Patricios, El Batallón de los San Patricios or “St. Patrick’s Battalion.” St. Patrick’s Battalion was a group of immigrants, mostly of Irish descent, who fought alongside the Mexican Army during the Mexican-American War (1846-1848). Na Casadaigh sang the song at midday in an emotional ceremony.

The band  wrote to a number of local organisations for assistance and extraordinary goodwill came back. The local GAA opened up Nowlan Park and the ground staff did a special cut on the hallowed turf and were really helpful for the shoot. The Dean and staff at St. Canice’s Cathedral, literally opened their doors, as did Danesfort PP Mark Condon. Local gardaí provided footage via drone and gave permission for filming of their work. Finally, all staff from the Critical Care Team (at St. Luke’s Hospital (both on and off duty) made themselves available for a poignant moment in the video which is also a tribute to the frontline community.