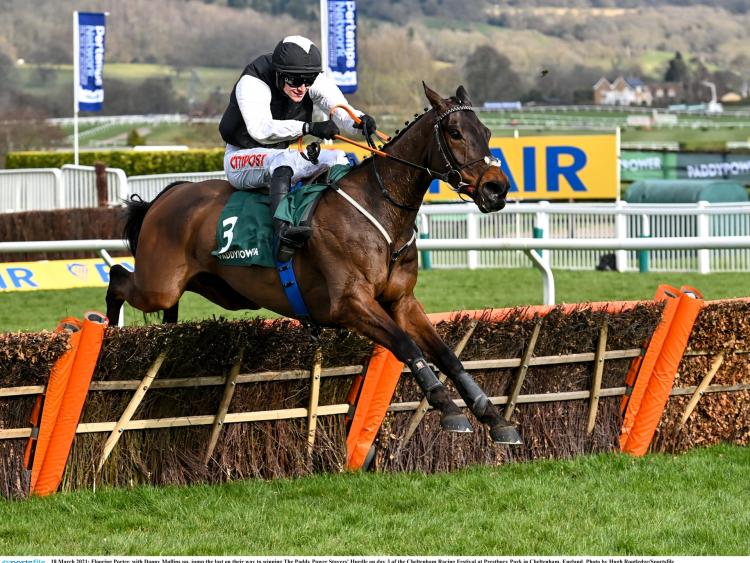 Danny Mullins is the toast of racing fans after his stout finish saw Flooring Porter capture the Stayers' Hurdle at the Cheltenham Festival. Picture: Sportsfile

What a week it's turning into in Cheltenham for all things Kilkenny!

Danny's old school - Kilkenny College - lauded his fantastic achievement, and noted he had been competing against a fellow former student in Daryl Jacob.

This afternoon at Cheltenham two former students Danny Mullins and Daryl Jacob went head to head in the Stayers Hurdle. Danny won this one in a thrilling finish, gaining his first Cheltenham win.
We are proud of both.@dan2231 @Dazjacob10 pic.twitter.com/C2FsJGJJ9U

Last year, Danny won the big local one - the Goffs Thyestes Handicap Chase aboard the Willie Mullins-trained Total Recall. Gowran Park have been among the first to congratulate him today.

Yes @dan2231 what a ride give him the ammunition and he won’t be found wanting #topjock - proud dad @tonymullins84 and proudest granny in the world today pic.twitter.com/JaOVEfjfgc