New Kilkenny park will bring people together at a biodiversity gem

Former landfill transformed: A negative on the landscape is set to become a positive local amenity area 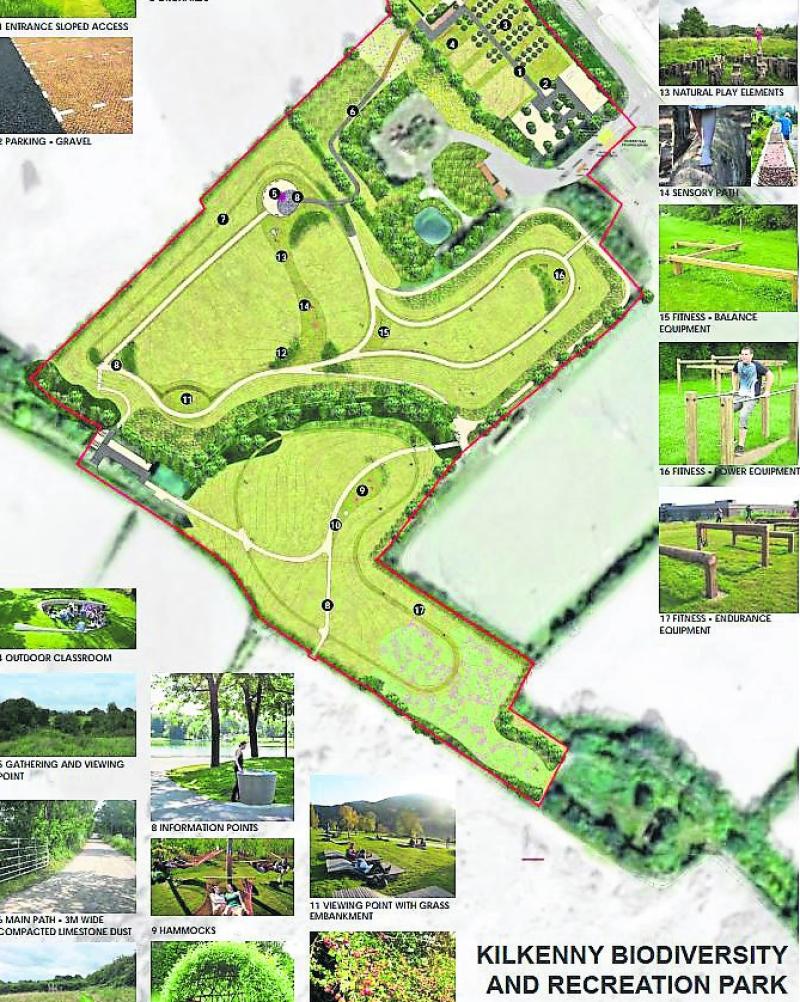 A former dump is to be transformed into a biodiversity park with a host of outdoor leisure options.
The Kilkenny Biodiversity and Recreation Park will be located in Dunmore and include an orchard, dog park, hurling wall, exercise points and walking trails.

The County Council are planning to transform the 17 acre site of the former municipal landfill into an amenity area, 5km from the city. This will be a new chapter in the history of the site, ‘transforming what was a negative on the landscape to something positive which aims to restore and protect our natural environment and heritage’ councillors have been told, as they approved the plan.
The landfill ceased operation in 2010.

Untapped resource
Introducing the plan, Senior Engineer Frank Stafford said the proposal will unlock the potential of this untapped resource through the development of a high-quality parkland.
“The overall ambition is to develop a parkland that will create a regional destination for health and wellbeing, attracting fitness and outdoor enthusiasts of all abilities, nature lovers and educational providers,” he said.

Another key objective of the proposed park is to create a connection between the park and the city, along the River Nore Linear Park, on to the Nore Valley walking trail.
In the park there will be three different walking trails - a biodiversity trail on a grassy path, a limestone path that will acknowledge the landfill’s history and a fitness trail of mixed tarmac and gravel surface that will use the natural slopes of the land and will have fitness stations with equipment along it.

The park will be accessed from the N77 Castlecomer Road and from the Dunmore Community car park along the ‘mass path’ as well as from the Bleach Road.
Public consultation has already taken place on the plans, and 17 submissions were received, Mr Stafford said. All were supportive. 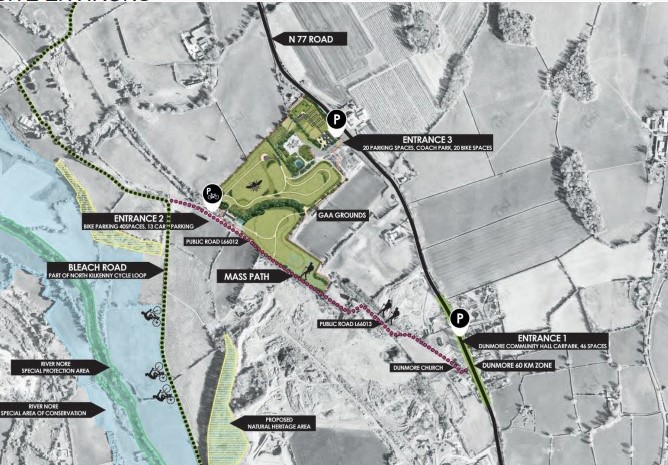 Summarising the submissions, he said Transport Infrastructure Ireland raised a concern about the ‘intensification of use’ of the N77 entrance, and safety issues for cyclists and pedestrians using the N77 to get to the park. Some modifications were made to take this into account, including reducing the number of car parking spaces. Mr Stafford said it was never the council’s intention to encourage pedestrians and cyclists to use the N77, and they will be encouraged to approach the park via the Bleach Road.
Improvement works on the N77 are outside the scope of this project, he said, but will be raised with TII.

Another change made following submissions is the increase of bicycle parking from 40 to 60 stands at the Bleach Road entrance.
Mr Stafford said there were a number of issues raised that would have to be discussed with other bodies.
Kilkenny County Council will engage with the National Transport Authority and private bus operators to explore the option of public transport to the park, and the speed limit on Bleach Road will have to be considered as part of a national review of speed limit bylaws.

Funding
Funding for the project will be applied for under the Outdoor Recreation Infrastructure Scheme (ORIS), the Sports Capital and Equipment Programme, and under the roads programme.
Support for the project from the Kilkenny GAA County Board and the Dunmore Community Committee was acknowledged.

“This project is hugely exciting and positive,” Cathaoirleach of the County Council, Cllr Andrew McGuinness said. He was particularly delighted to see the inclusion of a dog park.
Saying this project will bring people together in a healthy way, Cllr McGuinness proposed the approval of the project.

Cllr David Fitzgerald seconded the ‘fantastic project’, adding he was pleased to see the repurposing of a landfill that was an eyesore. 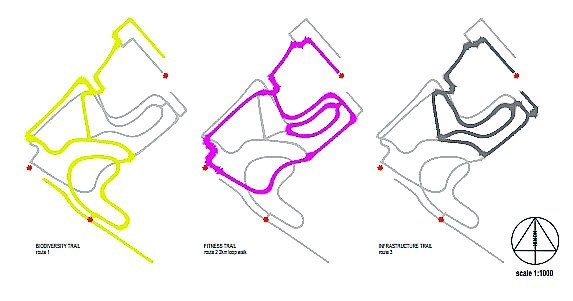 Above: The park will have three trails - a biodiversity trail, a fitness trail and a trail highlighting the heritage of the area

Commemoration
An opportunity should be taken to commemorate two of Dunmore’s best known residents in the new park, Cllr Fitzgerald suggested. He said Willie Duggan, who was an international sports figure, and former Minister Jim Gibbons should be remembered in the county.

Cllr Maria Dollard, welcoming the plan, suggested an accessible toilet should also be included in the plan, while a water supply to the park would be useful for athletes using the area.
Cllr Martin Brett recalled that when the GAA moved out to Dunmore 20 years ago this project had first been proposed. Now, with an increased use of the outdoors, this project is ‘a positive move’.
“The transformation of the area is unbelievable,” Cllr John Coonan said. “The dump has turned into a biodiversity gem.”

Bleach Road can be very busy, especially in summer time, Cllr Patrick O’Neill said. He had concerns for pedestrians and cyclists using the road, saying he does not want to see them pushed out onto the main road.
There are a couple of bottlenecks along Bleach Road, Cllr Andrew McGuinness agreed. It will have to be looked at. Consultants will help identify problems, he said, this is vitally important and should form part of this project.

Cllr Joe Malone said every effort should be made to get a footpath along the Castlecomer Road, and he wouldn’t recommend any cyclist, pedestrian or runner to be on it otherwise.
Director of Services Tim Butler said a feasibility report had been done on the possibility of a path on the Castlecomer Road and it wasn’t favourable. As the N77 is a national road it’s a decision for TII.